With the release of each of the Bolt Action Theatre Books, there are more and more additional rules being released for special characters – so we thought we’d ask Alessio to go back over some of the existing models which are provided absolutely FREE with each of the ‘Armies of..’ books when purchased through the Warlord webstore, to give you further options to add character (and indeed chracters!) to your forces!

Please note that each of these miniatures is supplied exclusively when a physical copy of each of the corresponding ‘Armies of…’ books is purchased direct through our webstore. 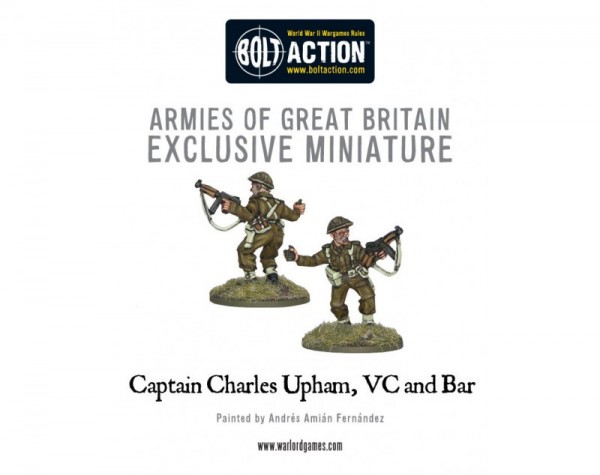 FREE with the Armies of Great Britain

Charles Upham was a soldier from New Zealand who fought valiantly in Greece, Crete and North Africa, becoming the only combat soldier (as opposed to medical staff) to earn the Victoria Cross twice, making him the most highly decorated soldier in the Commonwealth forces. He was exceptional at leading his men in furious assaults against strongly defended positions, where he would be always at the front, taking out one machine gun post after another with a well-placed hand grenade.

Weapons: Submachine gun, pistol or rifle, as depicted on the models.

Options:
Upham may be accompanied by up to 2 men at a cost of +13pts per man (Veteran)

Special Rules:
Lead by example
Upham’s Morale bonus is +4 and the range of his ability is 12”.

Master of close quarters
To represent his masterful use of grenades, his unit always attacks first when charging into close quarters, even if the enemy is in cover. In addition, Upham himself roll four dice for his close quarter attacks against infantry and artillery units, and his attacks have a Pen value of +1! 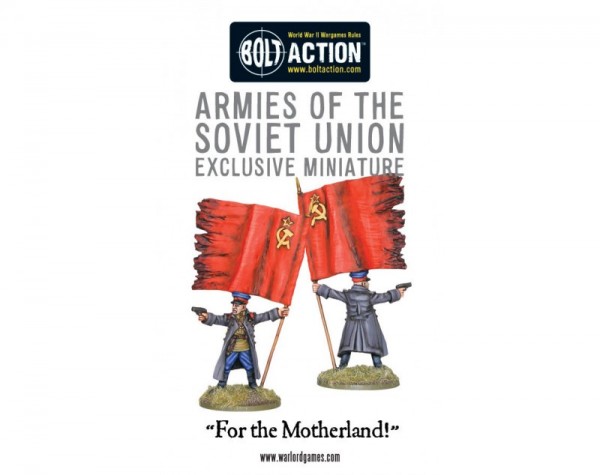 FREE with the Armies of Soviet Union

Team: 1 Commissar and up to 2 further men.

Weapons: Pistol, submachine gun, or rifle as depicted on the models.

Options: The Commissar may be accompanied by up to 2 men at a cost of +10 pts per man.

Special Rules:
Rally to the Colours!
All friendly infantry and artillery units within 12” of Potemkin can re-roll failed Order tests when ordered to Rally. In addition, if the Rally Order is successfully issued, the unit rolls two dice to determine how many pin markers are discarded and chooses the highest result. However, while the unit carrying the flag has a Down or Ambush order dice on it, the flag is kept hidden and has no effect. 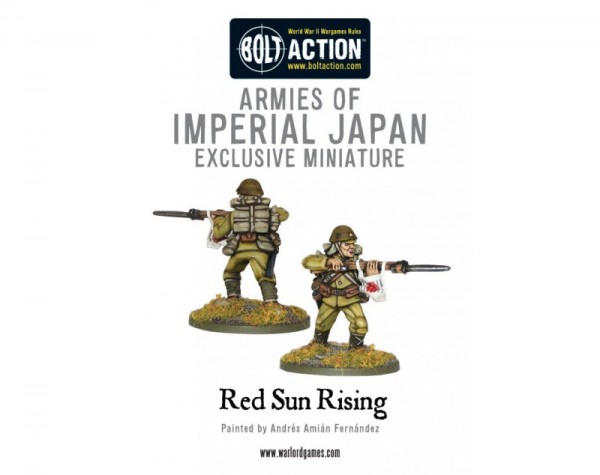 FREE with the Armies of Imperial Japan

Sergeant Kenshiro is a master of Jukenjutsu – the martial art of fighting with a rifle and bayonet.

Team: Kenshiro is not a team, but instead may be added to one of your IJA Infantry squad, IJA Veteran Infantry squad or Bamboo Spear Fighter squad, replacing their normal NCO, for the cost listed above.

Special Rules:
In close quarters against infantry and artillery, Kenshiro rolls five dice, and the men in his squad (personally trained by Kenshiro every day) roll three each. 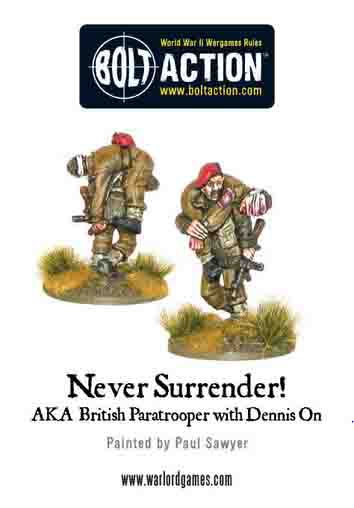 FREE with the Bolt Action Rulebook

Sergeant Dennison always takes care of his men – leave no man behind!

Team: Sgt Dennison is not a team, but instead may be added to one of your Paratroop sections, replacing their normal NCO, for the cost listed above.

Special Rules:
The squad counts as always being within range of a medic.

As always – these are optional rules which we’ve created for you to experiment with, to add a little flavour and character to your forces – so why not give them a go, and let us know what you think by feeding-back through our Forum?

Don’t forget that you can pick-up all of the exclusive character miniatures with the Bolt Action Collection deal! 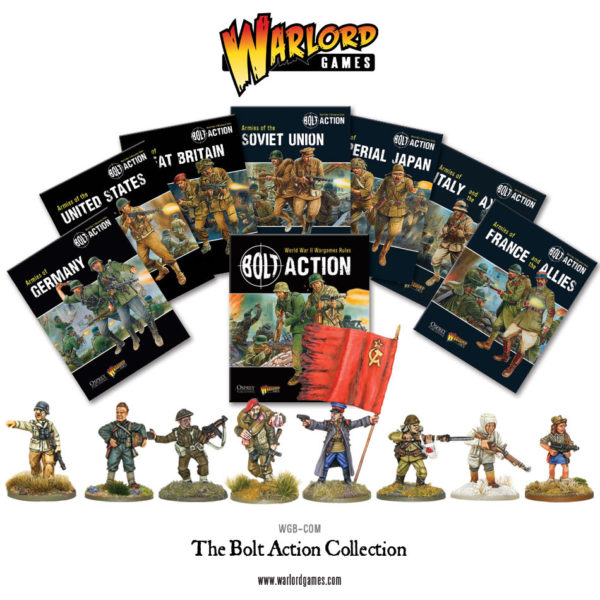