Next up in their series, Konflikting Opinions will be taking a look at Konflikt ’47 starter boxes we have for the Germans!

The German army in Konflikt ’47 is not that different to its Bolt Action cousin, it’s a core of well trained, well equipped infantry backed up by the finest tanks (and now walkers!) the Wehrmacht can muster.

So taking a look in the box you get:

It makes a great place to start!

Add this to the other toys you get and if you’re new to the world of Konflikt ’47 this must be daunting so I’ve written a couple of basic army lists to get you going.

The first one is a standard German list that I like to take, the Infantry are veteran and tooled up to the hilt these are your work horse units trusty and reliable in attack or defence.

Use the Totenkorps as a screen here get them up the table early and if they die don’t worry to much think of them more as a bullet soak your opponent has to deal with and if you find them in a useful position don’t forget the down order it makes them a survivable little unit. The Panzer IV can go front and centre to support your grenadiers attack or defence with the Spinne out on the flanks using recce to make a nuisance of itself.

The next list is a little different and you would have to pick up a set of extra order dice.

Here your support options stay the same but you change into 4 squads of 5 to maximise your order dice potential. This list is a lot more defensive as it lacks the redundancy of the extra squad members but it does give you better odds of striking first in the early parts of a turn.

So as you can see it’s a versatile starter set straight out the box but with a little imagination you can do even more, chop up some arms and add wounds to the plastic infantry you’ll have more Totenkorps. Quick paint job on a trooper with a case and you have a medic. Add some brass tube for binoculars and add wire to an amp box and you have a spotter. With a bit of work you can do a lot with this box set.

If you’ve picked up this box set and are looking to expand it I’d highly recommend more Totenkorps big units are really scary to face on the table or put them in a truck to throw at the enemy lines!

The German heavy infantry are a good bet too, while not as good as other nations off the cuff they are cheaper so a full unit fits into armies a great deal easier with all the toys you want to take. 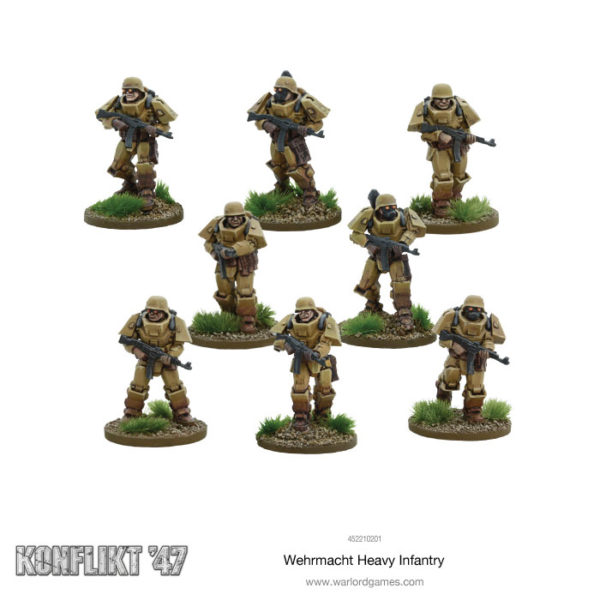 And of course we have the Fallschirmjager Falcon Infantry fast and heavily armed (each man has an assault rifle) they add a real hard hitting punch to your Wehrmacht forces. 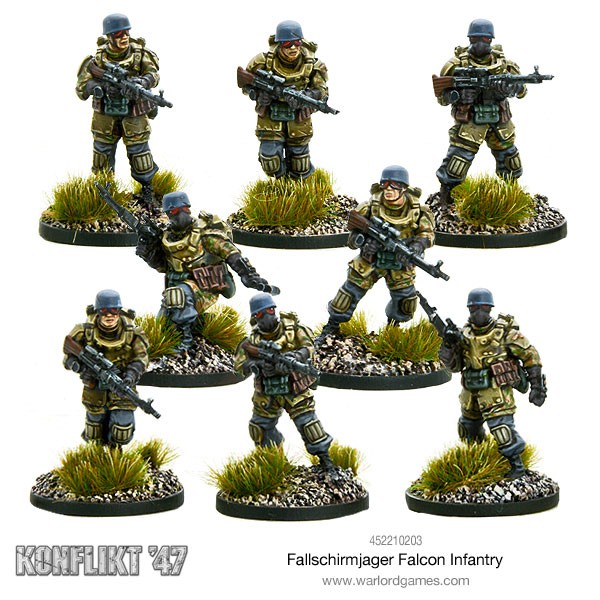 I hope that this is a helpful guide on how to start and please take a look at some of our other articles for more detail on individual units.