How to run a Bolt Action Public Participation Game

The Demo Gamers is an Australian Bolt Action-based blog full of great content. This article in particular caught our eye as something a little bit different…

We enjoy playing Bolt Action wargames and want to share that fun with others. So how does one do this?

Running a Public Participation game is different to running a game with your friends.  You will be playing with someone who has never played this game or maybe even any wargame before, has no figures or equipment and may not have even seen wargaming before.  Also, today’s potential gamer has probably played computer wargames and may not realise the benefits of a figure based wargame verses the instant gratification of a computer based game.

I will be structuring this article into a number of sections to explain the why and how and various situations you need to consider.

Why even bother running a public participation game?

Looking at all the work involved in preparing a game for strangers you may be asking yourself, “Why bother?”  Here are some good reasons: 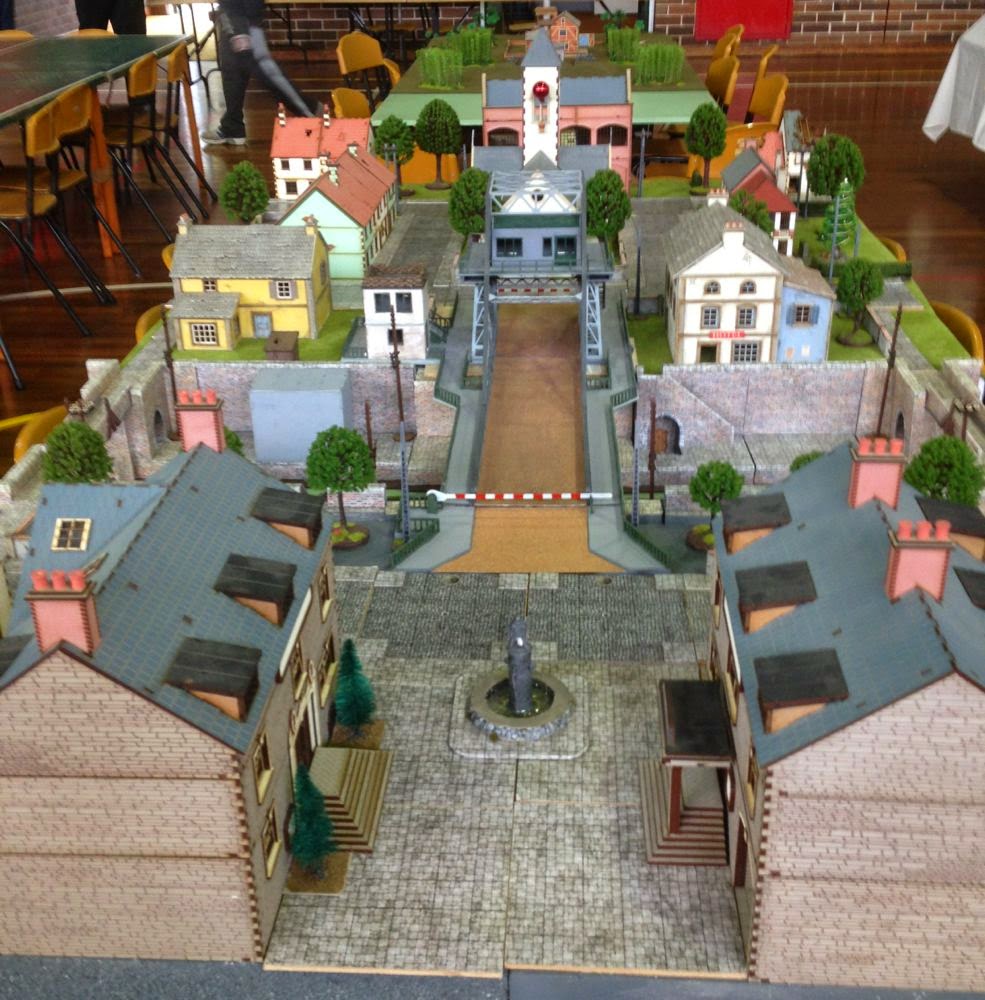 This board is just asking for players to join in.

These reasons all apply even if the new players you create do not join your group but play elsewhere.

How do you go about organising a public participation game? 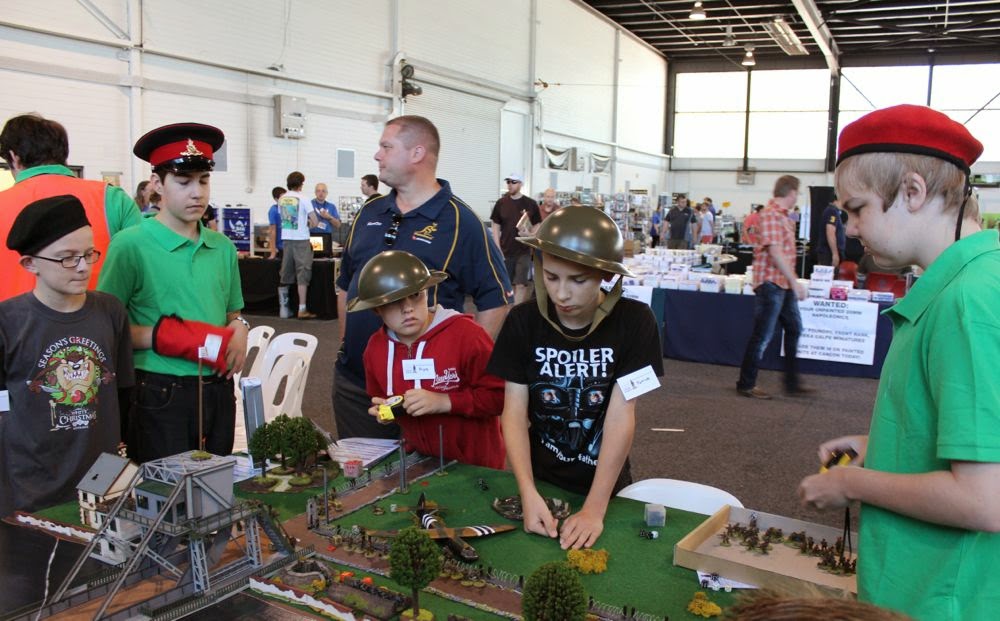 Once you have decided to run a game for the public, you first need to find a venue.  This may be at your local games store, or a local games convention.  When I was running a gaming club we even ran demonstration games at school fetes, libraries and shopping centres.  The aim is to have a place where people can see what wargaming is and be drawn in by the action on and around the table. At a games convention, the area near the traders and canteen is the premium placement.  This helps both the traders and the canteen with extra customers and provides a lot of excitement and action for visitors.  It is also the place all visitors go and gives them something to do besides just looking and moving on.

Players:
You need to have enough of your own people involved to fulfil the following roles: 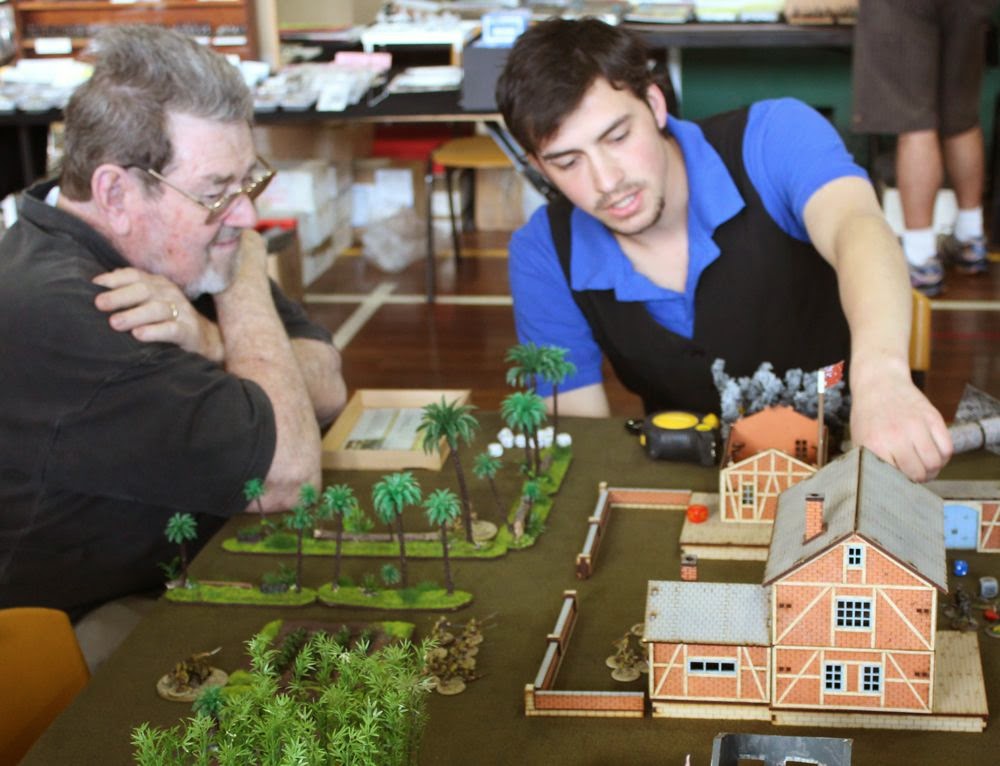 General/Organiser: This person liaises with the venue, gathers new players from the crowd, answers queries from potential players, parents and spectators. It is important you have one person doing this role as they look outwards, towards the people milling around.

Sergeants/Minions: At least one of your people should act as a guide for at most two new players.  This ensures adequate attention is given to the new players demonstrating how the game works.  They need to be able to concentrate on their part of the game without worrying about the outer area.

Uniform: Try to have consistency in what everyone is wearing. We have each person wearing the same colour T-shirt each day.  A different one each day as that smells much better! Also, name badges are great. In this way it is obvious who is running the game so spectators and players are encouraged to ask the correct person questions about what is happening. 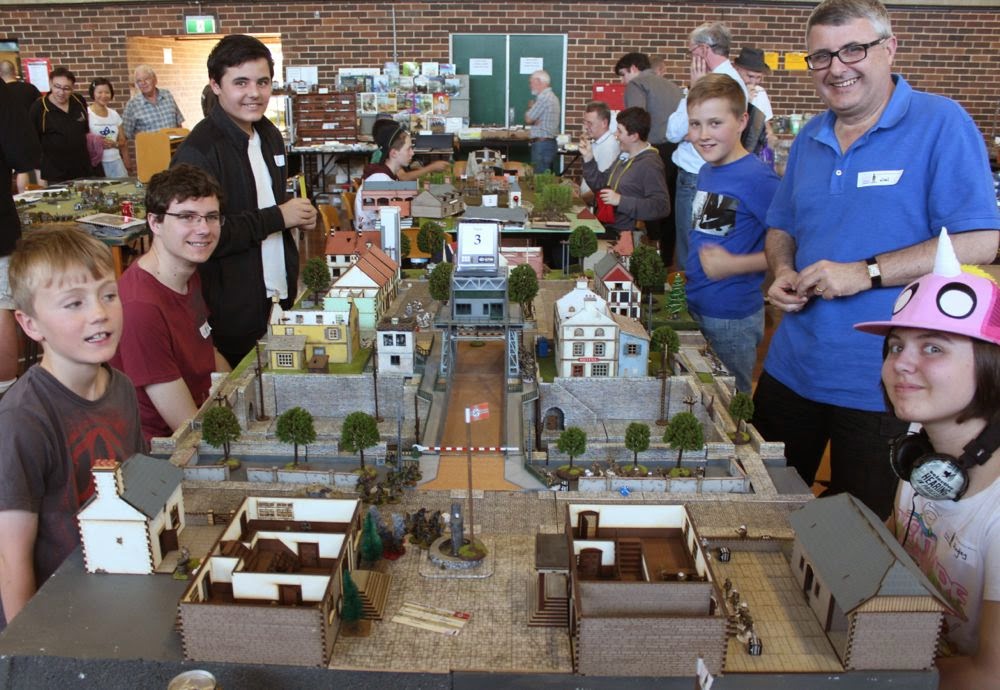 The table you use has to serve a number of functions.  You need to consider the following factors: Models:
The actual models used in the game are extremely important. 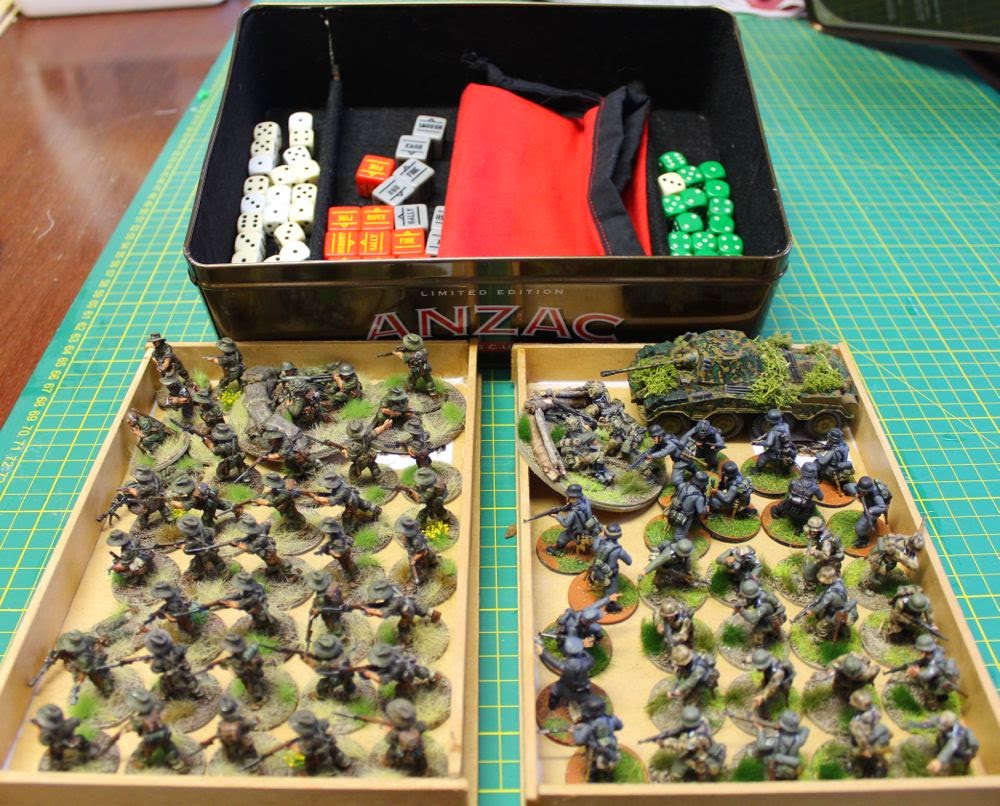 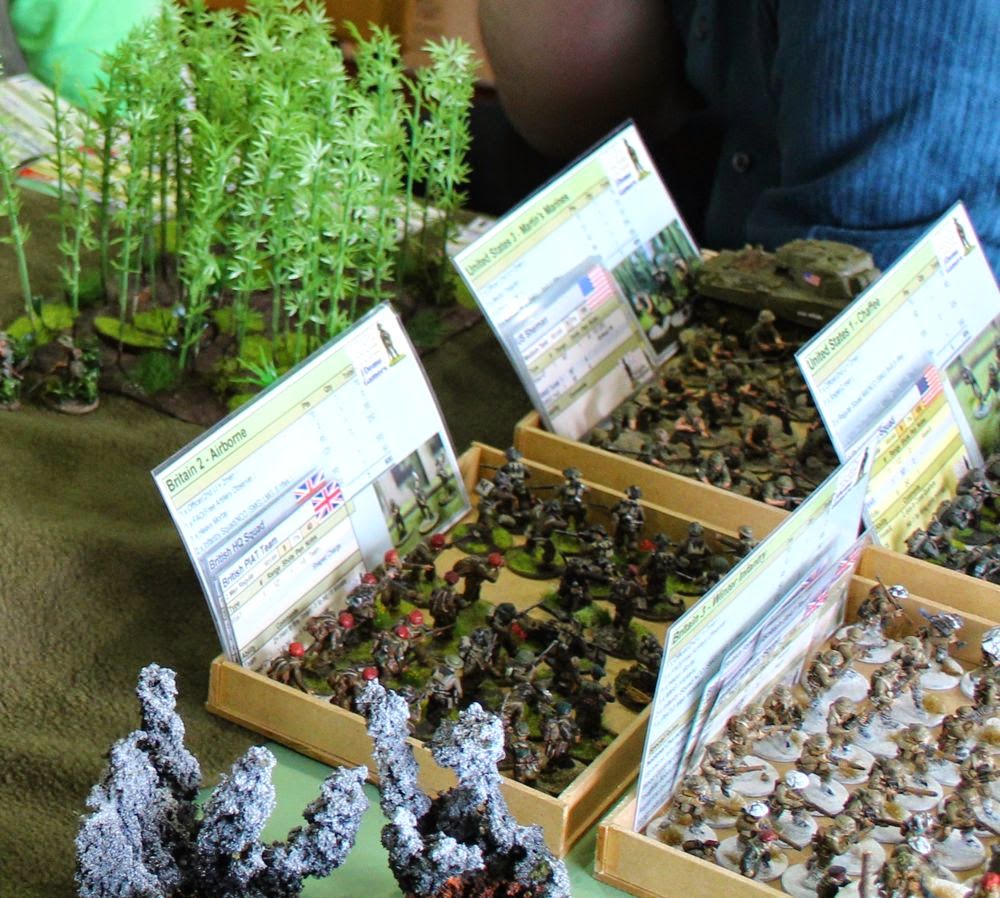 Gameplay:
Now everything is ready, the game has to be fun to play.  That is why we use Bolt Action.  The dice mechanic of play ensures that each player is involved every step of the way.  It is not an “I Go You Go” system.  Every pull of the dice will impact on both players as either activator or receiver.

The end:
The nature of all the above factors will lead to a scramble at the end for one or more of the objectives in 90% of the games.  Voices are raised in excitement and pulses are elevated as many last minute plans are made and scuttled with the grace of the dice gods. Then there is the chance for a turn 7 which may change the final result again.

Then there is the all important Coulda-Woulda-Shoulda review.  “If only…” and “It was lucky that… ” and so on are important end of game traditions.

How do you know if it was a success? 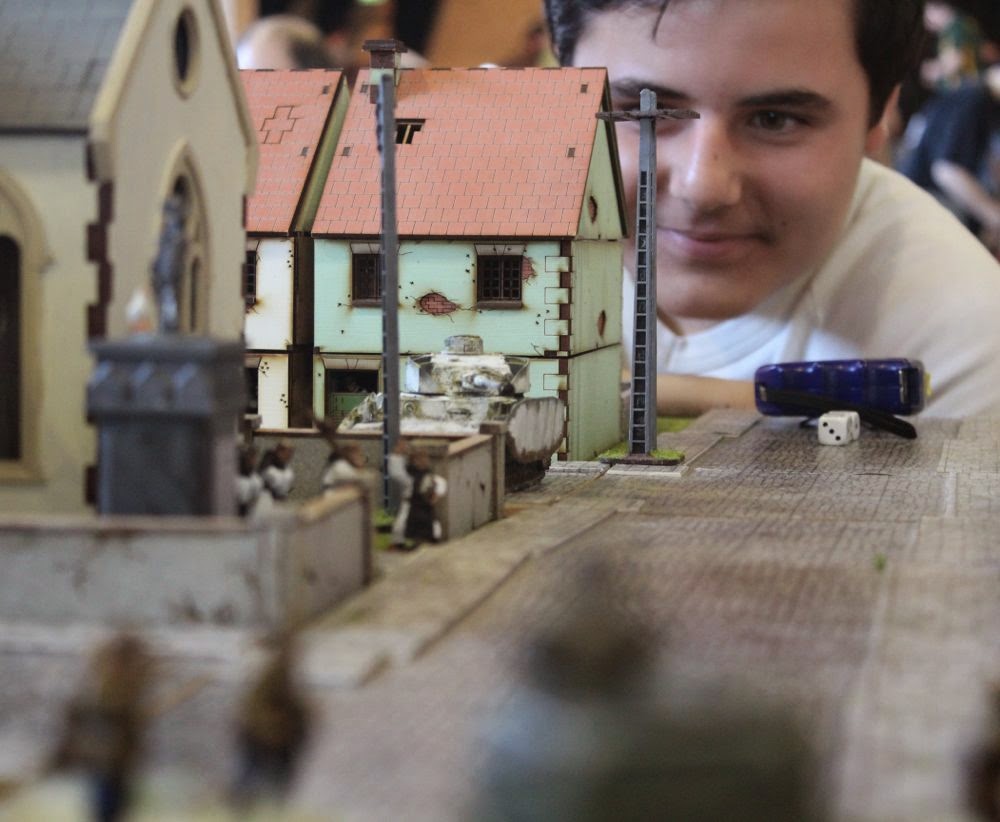 We have a number of measures of success including:

In fact, the last point is really the most important. Whether we are playing or guiding, Bolt Action games are very enjoyable in which to participate. The quality of terrain and figures combined with the fluidity of the rules combines to make a very cinematic experience.

We highly recommend you try some public participation games – everyone wins.