Warlord’s Pete Wright has been busy converting an armoured ambulance. He explains how he went about it:

Inspired by the Airfix half-track that those of a certain age will remember, I was off on the conversion road again, to turn an M3 half-track into an armoured ambulance by the simple addition of a canvas cover. 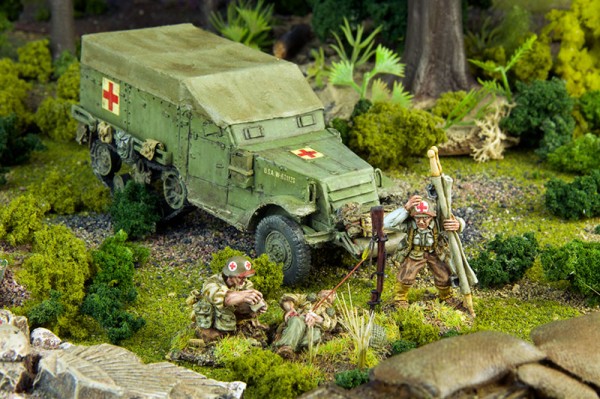 To start with three support hoops were made from brass wire bent to shape and attached to the back, middle and front of the troop compartment.

The canvas cover is made from paper, cut and folded to shape, using reference from an Osprey book on the M3 and the Mk 1 Eyeball to get the right shape, then glued on. After trimming to tidy the edges, the paper was stiffened with a 50-50 mix of PVA glue and water. I used four coats, letting each one dry before starting the next.

Stowage came from the US Army plastic set, with a metal crate and bed-roll from the Stowage set. I made various canvas rolls from green stuff putty and used cotton as rope ties on the front bumper.

I decided to use three figures to go with the M3. The stretcher bearer cam from the US Army command set with the Corpsman and casualty from the US Marines. The casualty’s helmet and rifle come from the US Army plastics, while the plasma bottle is made from clear plastic rod and the rubber tubing from thin wire.

Painting and weathering were done using Vallejo and Armour Painter colours, plus Windsor and Newton inks and my own mud mix. 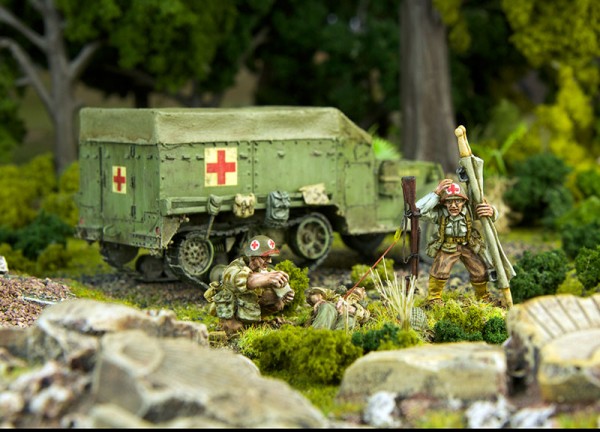