The cavalry had failed and the combined arms attack had come too late, but the Allies had also suffered terribly, units being decimated. Napoleon understood what must be done, La Haye Sainte had to be taken and taken at all costs, if it were then the French would have a secure station from which to mount further attacks on the Duke’s centre.

The farm had been defended by Major George Baring and his 400 rifle-armed men of the 2nd Light Battalion KGL since the start of the battle. They had been reinforced by two companies of the 1st Light Battalion KGL, one company of the 5th Line Battalion KGL and one company of the 1/2nd Nassau. By 6pm the garrison of 500 souls were running short of ammunition when they were attacked by Ney and the only immediately available formations that he could lay his hands on. 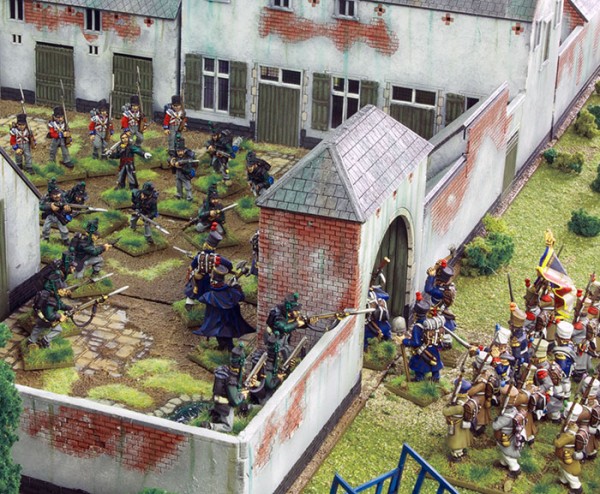 Three battalions of the 13th Lèger and No.2 Company of the 2/1st Engineer Regiment of D’Erlon’s Corps, supported by the fresh troops of Pegot’s Brigade from Durutte’s Division as well as cuirassiers. The lack of ammunition and the bravery of the experienced 13th Lèger told, the French wresting ownership of the farmhouse from the gallant Germans. The Prince of Orange, in an attempt to save the farmhouse, ordered the 5th and 8th Line Battalions of the KGL to advance. The two battalions advanced in line and were caught by cuirassiers and destroyed. To add insult to injury, the 8th lost their colour, which was sent to the Emperor as a trophy of war. 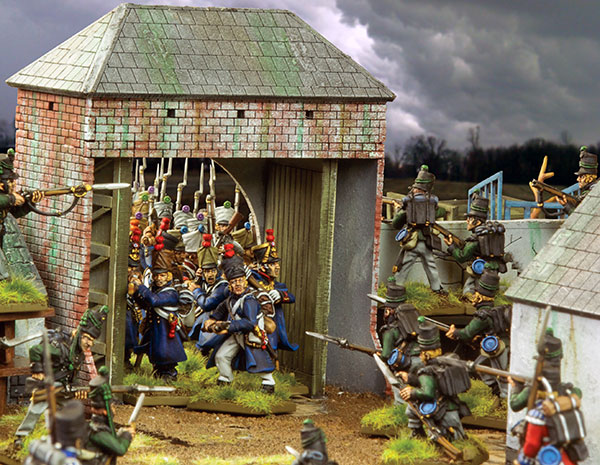 Having captured the crucial farm, Ney now brought forward a battery of horse artillery and the remnants of D’Erlon’s Corps. The artillery went to work at close range trying to destroy Allied formations where they stood. Wellington’s centre was under severe pressure. Brigades had shrunk to battalion strength, if only Ney could find enough troops to exploit the situation, he would hand victory to his Emperor. Whilst Wellington searched for troops to reinforce his centre, Ney sent a messenger to Napoleon asking for men. The Emperor refused Ney’s request, despite the Imperial Guard being available.

The Prussians Attack the Flank

Napoleon’s attention now focused on his right wing. The Prussians in the guise of Bülow’s 4th Corps were ready to make their presence felt. Bülow had been given the objective of taking the village of Plancenoit which would act as a staging area from where he could attack the French right flank. The Prussians had arrived before Plancenoit, at the same time as the French were hurling their cavalry at Wellington’s ridge. They had pushed on, taking Frichermont and had steadily driven Lobau’s men back towards Plancenoit. Hiller’s 16th Brigade moved against the village whilst Losthin’s 15th Brigade attacked north of the village. Altogether, 6,500 men in ten battalions were determined to drive the French from the village. Facing the Prussians in the village itself was Simmer’s 19th Infantry Division. These 4,000 Frenchmen were supported by Jeanin’s 20th Infantry Division, another 3,000 men in six battalions that covered the road north of the village. The Prussians came on, eager to get at their hated enemy, and bloody street fighting developed where no quarter was given. 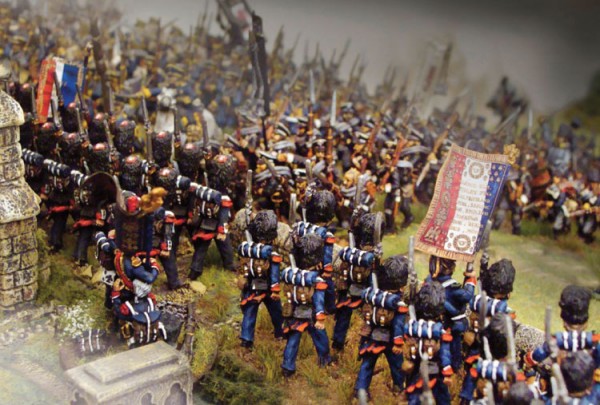 The focus of the combat centred on the church, a well built strong point. The Prussians managed to eventually drive the French back, capturing the church and taking the village. Napoleon’s army was now very vulnerable; the Prussians had to be driven from Plancenoit and his Guard would do it. Led by one of his firebrand generals, Count Guillaume Philibert Duhesme, the young Guard stormed the village and made short work of the Prussians holding out there. Hiller’s 15th Brigade regrouped quickly and, gaining support from the 14th Brigade, assaulted the village again. Once again a bitter fight broke out, the outnumbered Guardsmen fighting valiantly, but Prussian weight of numbers told and the young Guard were forced out of the village bar a few houses at its edge. Duhesme had been mortally wounded, and once again Napoleon was at risk of being crushed. 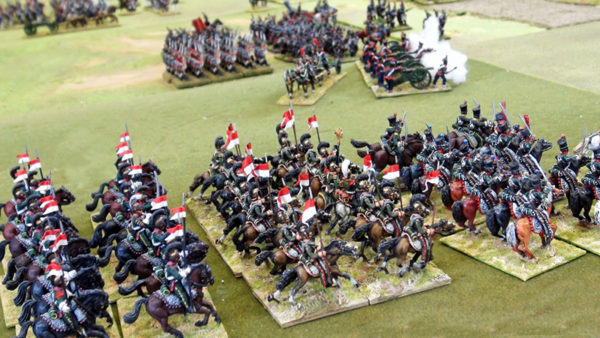 He again turned to his Guard, but this time there were only two battalions of Old Guard, the 1/2nd Chasseurs and the 2/2nd Grenadiers, available – just over a thousand soldiers. They were exceptional both in appearance and combat potential, quickly recapturing the village at the point of the bayonet by around 7pm.

Onward to our final article:

History: The Battle of Waterloo – part 5

Back to previous parts