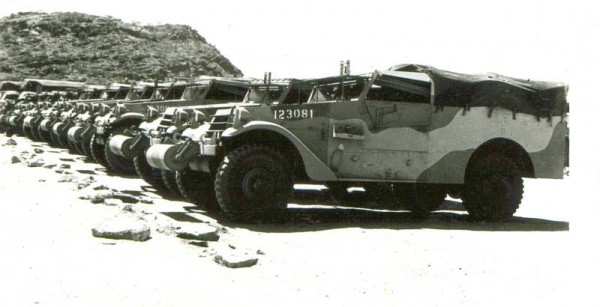 The M3 White Scout Car was first sent into action in the Philippines, and would see action amongst the cavalry units of the US army in the Africa campaign. Based on a commercial truck design by the White company, the M3 was fitted with light armour. The vehicle featured a good distribution of armour around the hull – and shatterproof glass coupled with armoured vision slits that could be moved into place if needed, giving the driver and front passenger good protection from incoming small arms fire.

Although heavier than a standard scout car – it was used widely in a number of roles. It was able to carry eight men into battle and could be armed with a heavy machine gun and two further medium machine guns attached to the sides of the car. 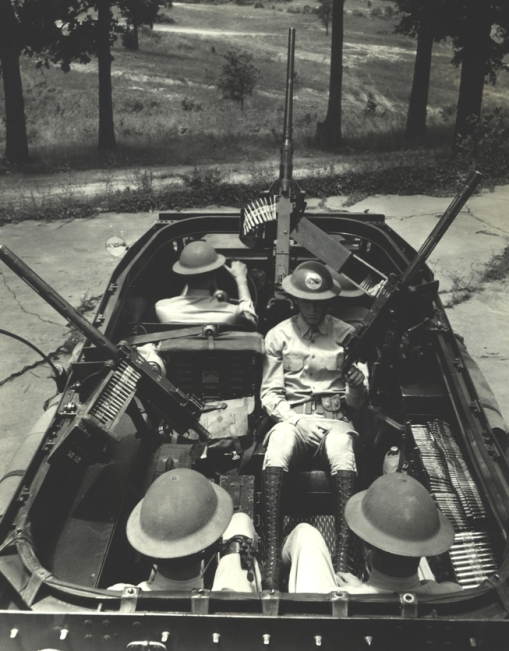 The car was originally designed specifically to be able to tow the 37mm anti-tank gun, however it would also be used to tow other artillery pieces and was used as a command vehicle, and as a scout vehicle. With four-wheeled drive and larger tyres more commonly associated with trucks of the era, its sheer speed was another layer of protection utilised to make it even better for scouting missions. The success of the robust design inspired the creation of the later M3 Halftrack – and meant that the White Scout Car saw service across the globe during the Second World War. 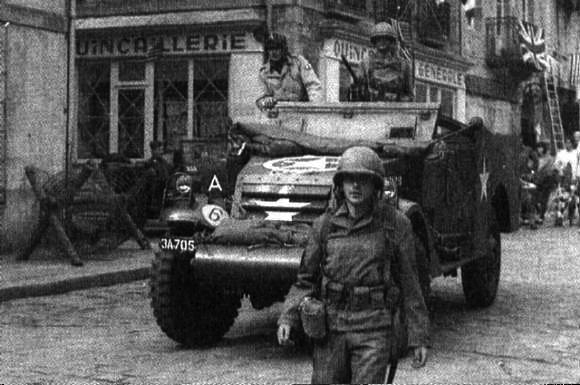 The car was even modified to fit inside a Hamilcar glider to support airborne infantry. It featured canopy supports and had enough storage to accommodate wireless radio sets, batteries and cabling. The open-topped rear cargo area meant that the passengers were vulnerable to any indirect fire such as artillery, howitzers and mortar fire, and to small arms fire from enemies in the vacinity, making the prospect of travelling in these a scary one!

The scout car was put into the Lend Lease program, with over 20,000 being made – and 3,000 being leased to the Soviets alone. The vehicle was not a complete success, as the more reliable M3 Halftracks proved to be the better option, providing more manoeuvrability over rough ground. By 1943 it was slowly phased out of service mainly due to it being open topped, its lack of real anti-tank capability, and poor off road capability. Despite this the vehicle would see service for other nations, including France, Germany and Great Britain. The vehicle would also see service after the war, in the First Indo China War and the Israeli War. 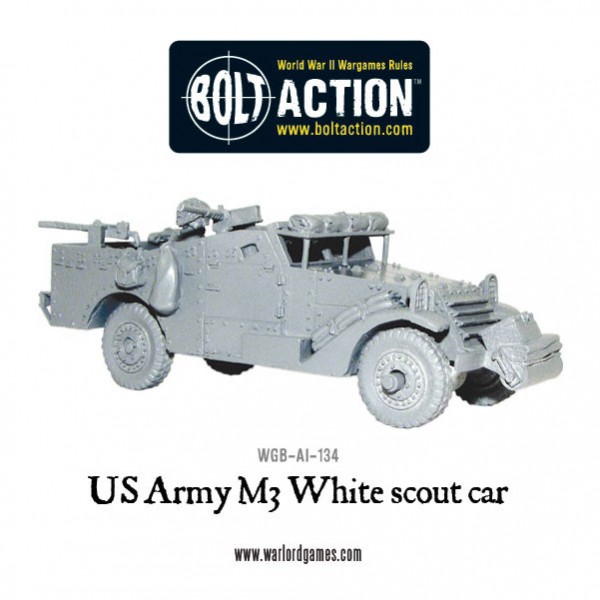 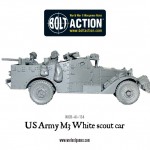 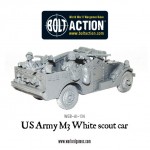 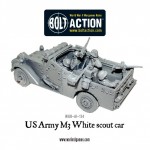 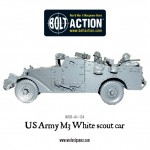 Rules for the M3 White Scout Car can be found on page 48 of the ‘Armies of the United States’ book for Bolt Action – so grab your copy today! 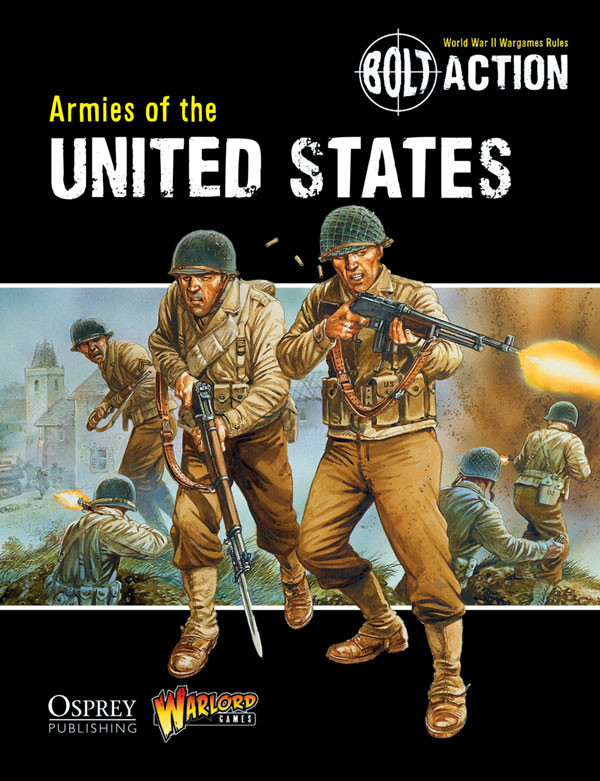