As the battles for North Africa came to a close, the invasion of Italy was next on the horizon. Ian Hill takes a look at the underbelly of Europe and its defences: 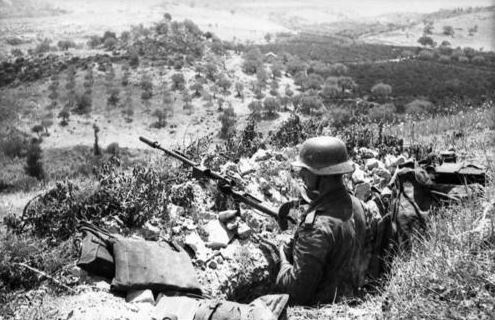 Ian: With the release of the new, and in my case much anticipated, Duel In The Sun supplement Bolt Action players across the globe will no doubt be busily replaying many of the battles of the North African and, of course, Italian campaigns. From 3 September 1943 until April 1945 the combined forces of the Allies battled along the peninsular at a cost of around 320,000 casualties compared to over 600,000 for the Axis forces. 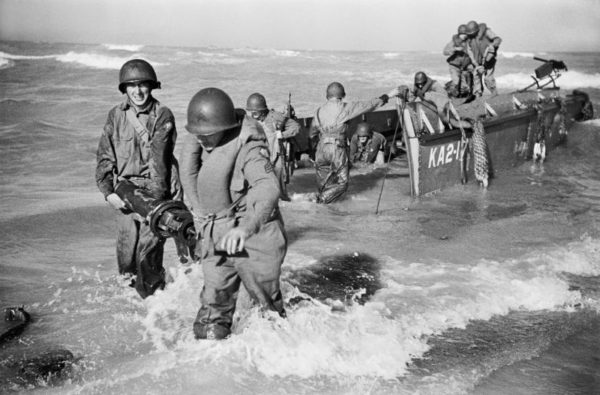 In November, 1942 Churchill set out his ambition to strike at the underbelly of the Axis – he never actually described it as soft – and for eighteen months’ troops sought to bring about that vision. So what was it that made Italy, in the words of General Mark Clark, ‘One tough gut’? Why did the campaign take so long? Was it worth it? 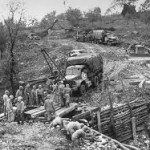 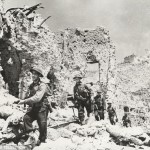 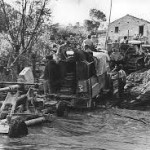 The answer to the first two is probably threefold. First of all, Italy has a geography suited to defence. From the tip of the toe to the Alps in the north, Italy is criss-crossed by mountain ranges, rivers and other areas which can easily be described as the defender’s dream. Often little more than 100 miles across, with many poor internal roads, Italy could hardly be described as anything other than a funnel through which any attacker must battle for every inch of ground.
Even had the Allies been bolder in their steps to prevent the German retreat to and then from Sicily, Italy would have presented a formidable barrier. 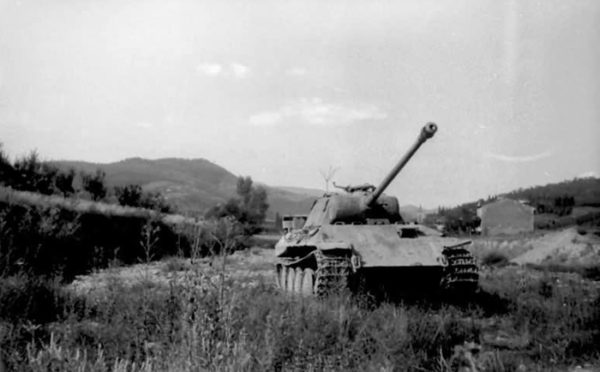 The second part is the brilliance of Axis defence and possibly the timidity of Allied attack, or at least the competing political agendas of Allied commanders. This was seen after Normandy, particularly in campaigns around Antwerp and the invasion of Germany in late 1944 but especially in Italy.

From the point at which the British Eighth Army landed on the Calabrian coast, and the US Fifth Army some six days later at Salerno, the Germans under Field Marshal Kesselring fought a whole series of delaying actions and robust defence to deny the Allies a decisive breakthrough. Add to that the failure of the Allies to exploit tactical advantages, for example the lack of an early strike to breakout of the Anzio beach head and disrupt the Gustav Line, meant the campaign could only be a hard slog. 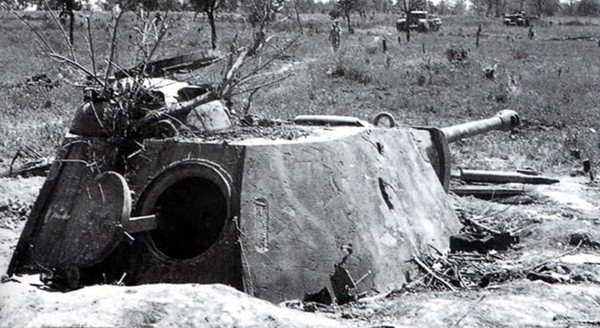 All of which leads nicely to the third and possibly most important brake on the Allies. There were, by 1945, over 40 defensive lines established in Italy. Whilst many of these were poorly constructed, of insufficient depth and hampered by a shortage of manpower and materials they served to continually slow the advance.

By 1943 the glory days for the Wehrmacht had passed. The Eastern Front continued to bleed Germany white and the fanatical edicts of no retreat served only to add further to the haemorrhaging. Instead the defensive lines relied on innovation, careful positioning and the optimal use of the forbidding terrain. 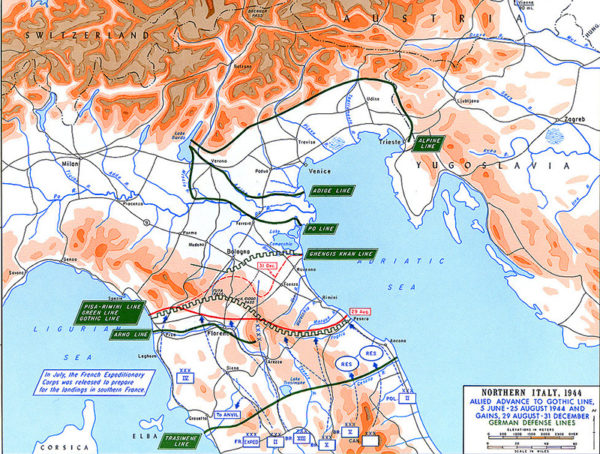 The 40 lines ran through the alphabet, almost entirely, historic and heroic figures, cities and colours. Names such as the Gustav Line, Cesar Line, Hitler Line and Gothic Line have long been deeply set in the history books, although many forget that many names were ‘downgraded’ to prevent a dip in morale at home – when the mighty Gothic Line was breached, it ended up the much less evocative Green Line.

So what did a defensive line comprise? Well much depended on the purpose of the line. Those designed for protracted defence, though, had four main layers. First were the physical barriers of barbed wire, minefields and anti-tank ditches. The Gothic Line included, by August 1944, nearly 100,000 anti-personnel and anti-tank mines, 120 km of barbed wire and a continuous anti-tank ditch some 10 km long. 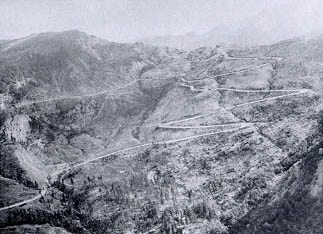 Behind this line typically sat emplaced machine guns, anti-tank guns and even static flamethrowers linked to trip wires. Ever ones for improvisation, the Wehrmacht made use of a variety of emplacements including modified turrets from Panther and Panzer II tanks as well as specially designed Panzernests, known to the allies as crabs. These were often pre-fabricated steel shelters constructed away from the battlefield and then towed into position. With their low-profile and careful design these strongpoints proved virtually invisible from the air and on the ground. 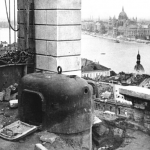 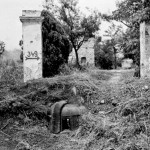 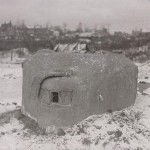 Further back still were the nebelwerfer and artillery positions dialled in to the expected routes of advance. The defensive strategy was to separate, slow and isolate the enemy infantry and armour to make them vulnerable to counter-attack from reserve forces sheltered from preliminary attacking bombardments and air strikes. 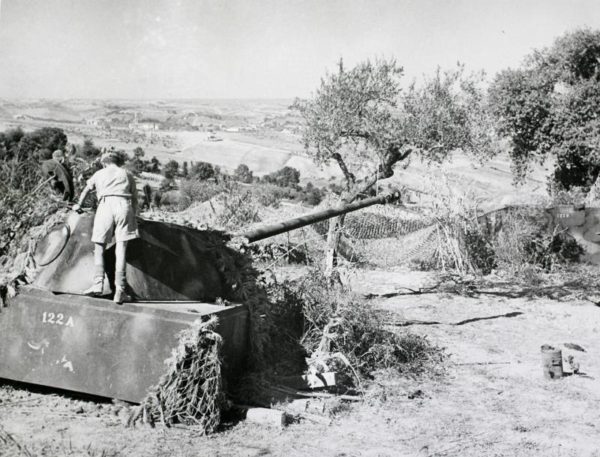 With this maze of inter-connected fortifications, designed to maximise firepower in locations where it was needed most, it is little wonder that the allied advance through Italy took such a long time. Even though many of them were poorly constructed with shoddy materials, many of the defensive lines proved formidable obstacles. Unlike similar defensive positions elsewhere, including the much vaunted Maginot Line, there were few opportunities for outflanking and so, time and again the allied advance required long arduous advances through difficult terrain. As with so much of the later war years had it not been for overwhelming air power, the allied advance would undoubtedly have been even slower. With the western powers aversion to the meat-grinder tactics of the Soviets and the German’s aversion, often caused by doctrine from Berlin, to surrender ground, the Italian campaign, perhaps more than any other, stands as a testament to the power of geography, strong defences and a stoic defence. 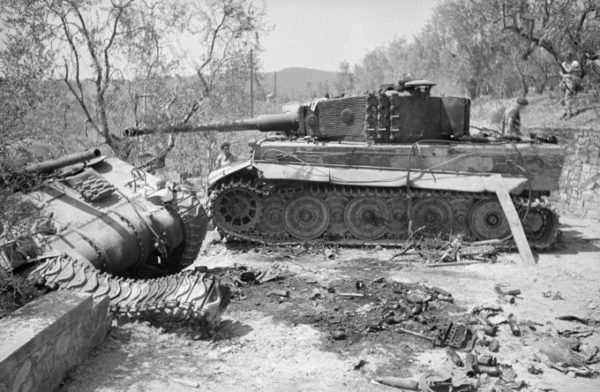 Which leaves the question; was the Italian campaign worth it? The answer is probably yes. In 1943, Moscow was asserting continuing pressure for the opening of a second front. With France and the western seaboard out of the question, the invasion of Italy served as one way for the Allies to continue to take the war to the Axis, with the corresponding benefits to morale on the home front. Despite the American desire to launch a major invasion in the west as early as possible, the limited scale of the Italian campaign at a time when the chances of a successful invasion of France were uncertain provided two significant advantages. 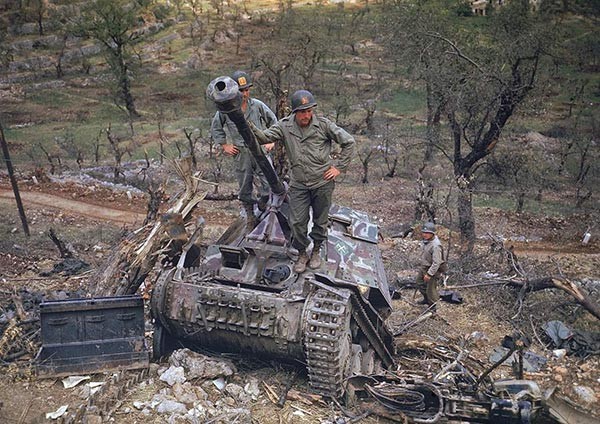 The most obvious strategic advantage was the amount of men and material the Germans were forced to commit to the theatre. Over one million German troops took part in the campaign, men who would otherwise have been available to defend France, the Low Countries or further east. The Allies, on the other hand, were able to withdraw the United States VI Corps and French Expeditionary Corps to support Operation Dragoon, the Allied invasion of Southern France.
Finally, the invasion and capitulation of Italy enabled the Royal Navy, in particular, to retain control of the Mediterranean. Maintaining such dominance enabled the western powers to continue to utilise the Suez Canal preventing oil supplies and other shipments to make the considerably longer trip around the Cape of Good Hope.
Italy would turn out not to be the much misquoted ‘soft’ underbelly but, in its way, made a considerable contribution to the outcome of the war. 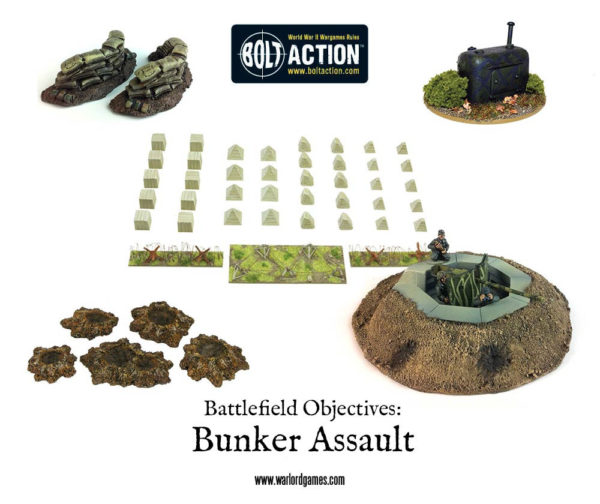 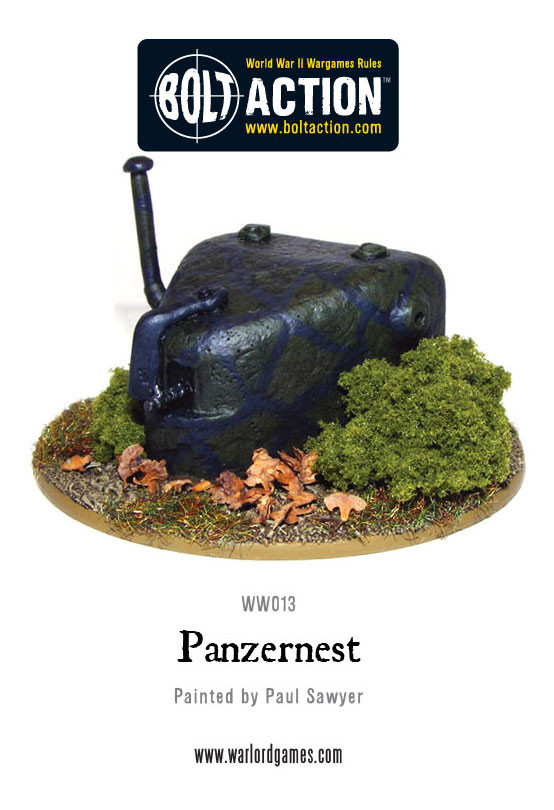 Duel In The Sun presents a host of opportunities to bring the challenges of the Italian campaign to the tabletop. Most important of these are the host of special rules and terrain suggestions the book contains. From the first landings in Sicily through to the protracted assault on the Gothic Line, the new supplement offers many ways to bring your forces to bear. If the strength and possibilities of assaulting defensive lines is your bag, as it is mine, then try The Gothic Line – War of Attrition using mismatched forces, a well-designed 750 point German force should be more than capable of holding off 1,250 points of Allied forces, assuming of course you have the same ability to place your positions as Kesselring.