Head to Head: the British Tetrarch Vs The German Luchs

Andy Singleton of VolleyFire Painting introduces us to the Light tanks used by the British and German forces toward the end of the war: 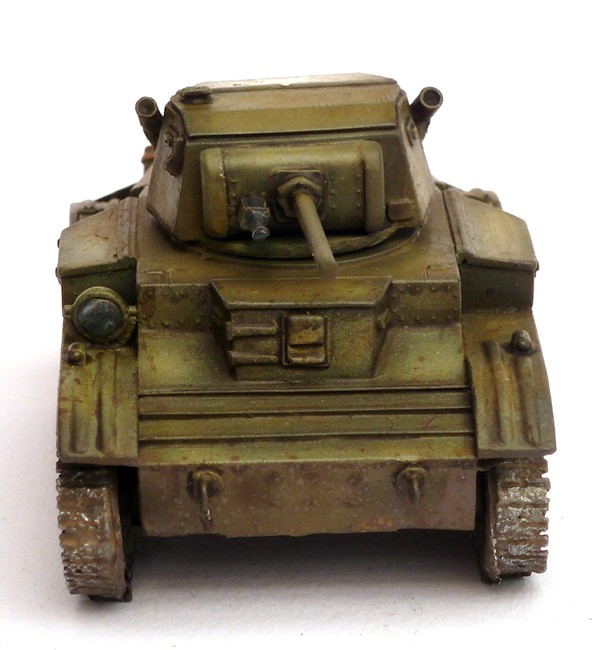 The Tetrarch’s initial design process commenced in the 1930’s to provide a replacement for the Vickers VIb light tank, with the intent being to provide a vehicle that had a more capable weapons fit than previous generations of light tanks that had been limited to machine gun armaments. An unusual feature of the Tetrarchs design allowed the front wheels to angle, allowing the vehicle to make gentle turns by bending the tracks, however for tighter manoeuvres the steering reverted to the conventional braking turns for tracked armour. 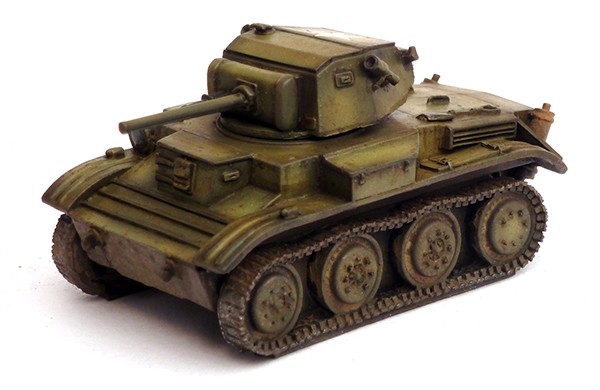 Although the design was finalised relatively early in the war, the Tetrarch’s entry to service was delayed due to the British Expeditionary forces withdrawal from France in 1940, and the poor performance of the existing British light tanks in that theatre resulted in the Tetrarch’s first combat deployment not occurring until 1942, when several were sent to assist in the capture of Madagascar from the Vichy French forces, and deny the island to the Japanese navy. The Tetrarchs operated alongside Valentine tanks, and despite the age of the defending Vichy forces weaponry the very light armour of the Tetrarch proved to be a liability. 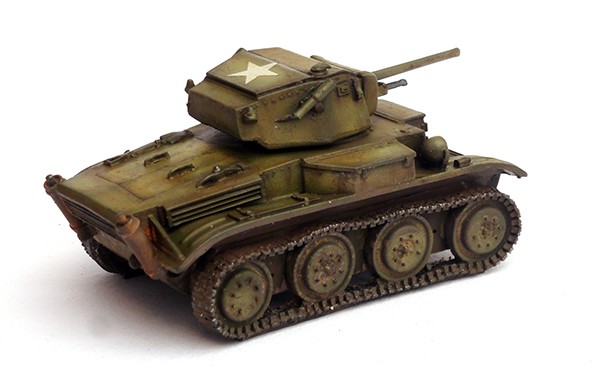 With limited usefulness and near obsolesce, the Tetrarch was not issued to conventional armoured formations, however it was retained for use by British Airborne forces, and the Tetrarchs next deployment would be in June 1944, when around 19 were deployed to assist in Operation Tonga, where they were landed to reinforce the paratroopers bridgehead around the bridges over the Caen Canal and Orne river. The tanks were to be deployed via Hamilcar glider, and several of the vehicles were lost in glider accidents. The weight of the tank proved too much for the restraints and they had a tendency to shift on landing, leading to several fatal crashes. 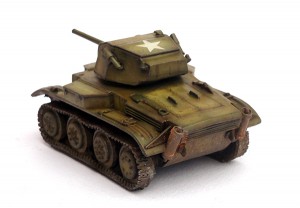 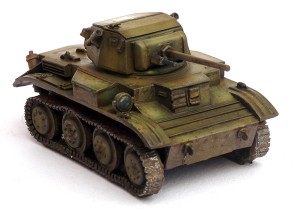 The remaining vehicles served in both a reconnaissance and infantry support role, however were not overly successful in either capacity and by August had been replaced by Cromwell tanks. With the conclusion of the Normandy campaign, the paratroopers handed over their Cromwells, and the paratroopers were withdrawn to re-equip for Market Garden. However the Tetrarch took no part in this operation and was replaced in the airborne role in December 1944 by the American made M22 Locust. The Last Tetrarchs remained in service in a training capacity until 1950, when they were finally retired from service.

The Tetrarch in Bolt Action 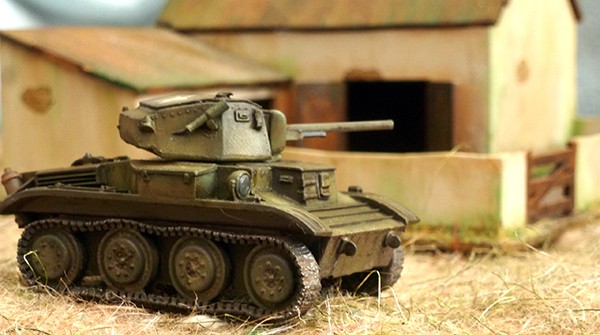 Through its service life the Tetrarch saw itself fitted with several different weapon configurations, and this renders the vehicle surprisingly handy in Bolt Action. The basic variant comes in as an armour 7+ vehicle, armed with a light anti-tank gun as well as a coaxial medium machine gun, and costs 105 points for a vehicle rated as regular that fills a tank slot. This variant is a flexible vehicle, which can hunt down enemy transports and light armour, and harass enemy infantry with its MMG. However its armour will mean that it is vulnerable to any heavy weapon that it might fall victim too, and with no recce rule to protect it the Tetrarch will require some careful positioning to get the most effective use. 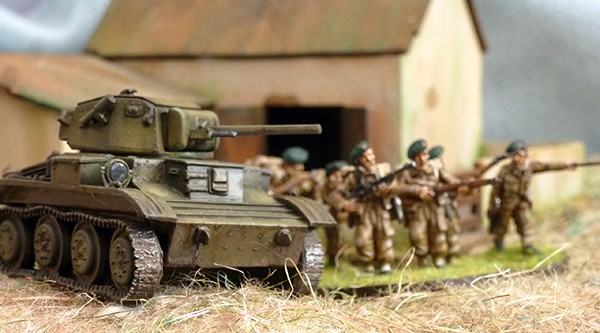 The final option for the Tetrarch is to pay an additional 15 points, and upgrade the light anti-tank gun to have +5 penetration through the use of a little john adaptor. This retains the light anti-tank guns 48” range, but with improved penetrative capability. This allows you to potentially damage even a super heavy tank at under 24” range, however, if roll a 1 on any of your to hit rolls, then the little john has malfunctioned and needs to be removed by the crew. You are unable to do anything in the following turn as the crew removes the adaptor, and can then only fire as a regular light anti-tank gun from that point onwards. 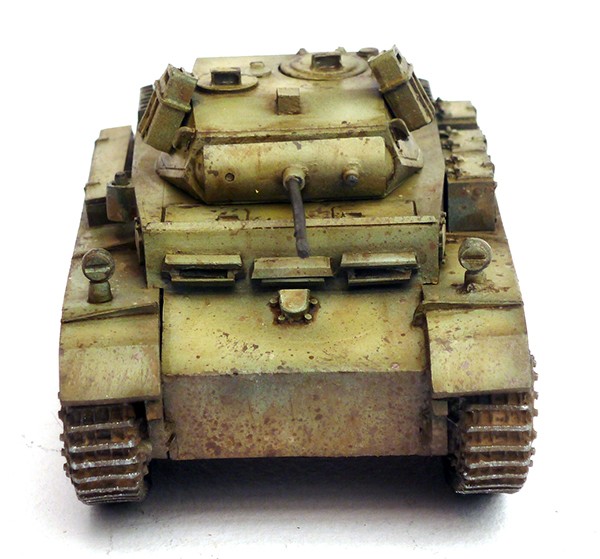 The Panzer II originally started life as a stop gap measure to fill out the Panzer divisions until the more advanced Panzer III’s and IV’s could be made operational, however the service entry for these vehicles was fairly slow, and the Panzer II formed the bulk of the panzer forces in in 1939 and 1940, and was still numerous even in 1941. The vehicles growing obsolesce saw it being used increasingly in a reconnaissance role and less as a combat tank. This change of role, as well as greater knowledge gleaned from battlefield experience, saw the Panzer II radically redesigned in 1943, with the Ausf L being almost completely different in appearance to the earlier versions. The only similarity being in armament. 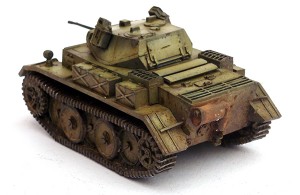 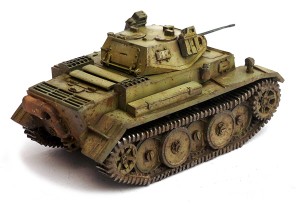 Production of the Ausf L ran between September 1943 and January 1944, with around 100 vehicles being produced, and these served on the Western Front with 116th Panzer Division, and on the Eastern Front with 3rd, 4th and 6th Panzer Divisions. The Luchs may also have served with both 3rd and 5th SS Panzer Divisions on the Eastern front as well. Although manufactured in small numbers, the Ausf L did serve right up until the final days of the war as part of the armoured reconnaissance elements of their parent divisions. 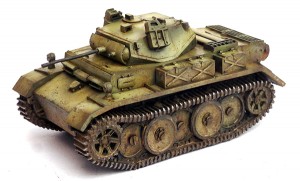 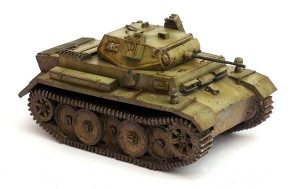 The Luchs in Bolt Action 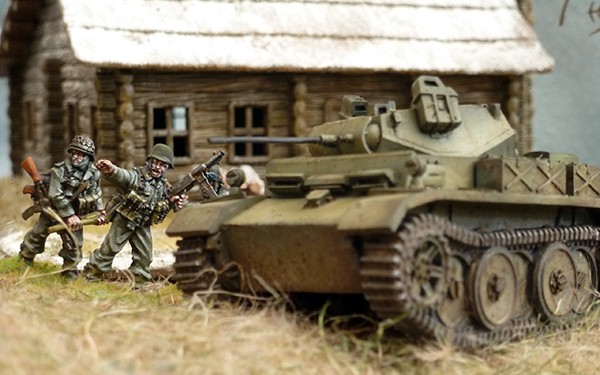 In Bolt Action the Luchs is an interesting vehicle, whilst at first glance it is only an armour 8+ light tank with a light autocannon and coaxial MMG, It also comes with the recce rule. This may not seem overly exciting, however the vehicle starts to create some interesting synergies as it can be used in conjunction with another vehicle from your armoured car selection slot. This will allow you to pair the Luchs with either another autocannon armed vehicle, such as the 222aroured car, or even one mounting a howitzer in the 233 armoured car, or even medium or heavy anti-tank guns in the shape of the Puma and Sd.kfz 251/22. 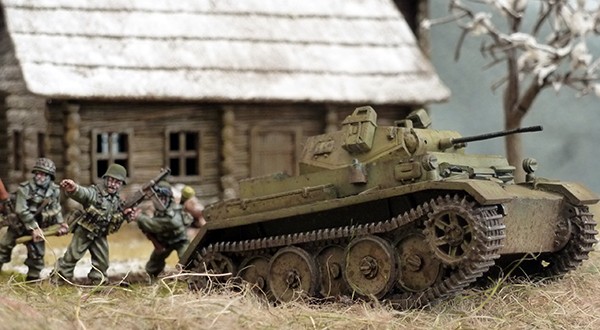 With a regular Luchs weighing in at 138 points however, this can start to get quite points intensive very quickly, so you may opt to use it independently. With this in mind, the light autocannon give it reasonable punch against both infantry and light vehicles. Not having enough fire power on its own to shift squads or most vehicles, the gun can be used to harass enemy armour by applying pins, or chase down snipers and weapon teams and force your opponent to deal with the Luchs by sheer nuisance factor, and the recce rule will help it to remain operational a reasonable length of the game. 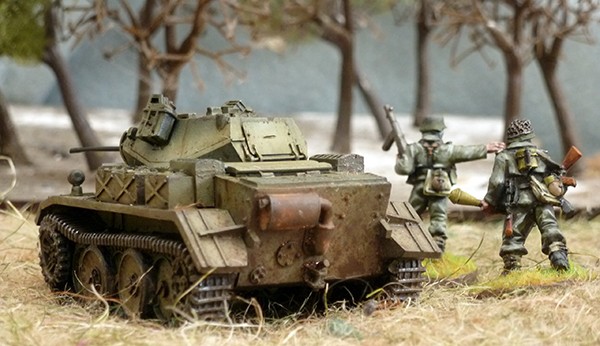 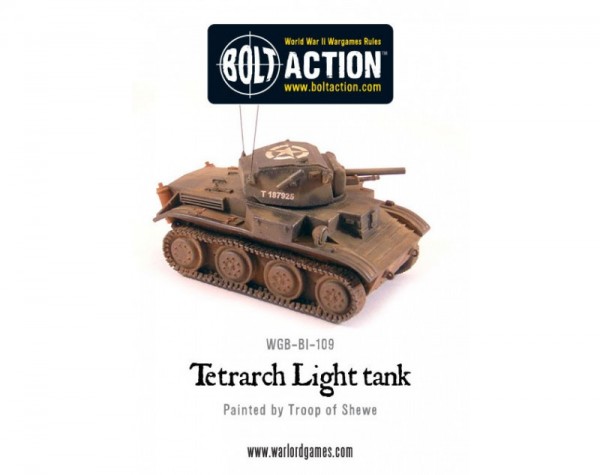 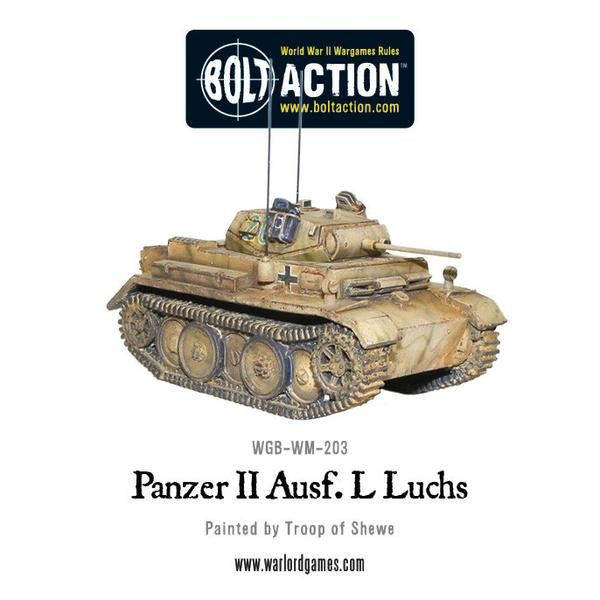