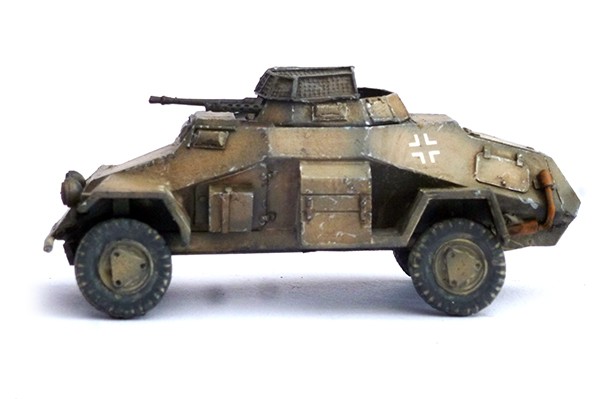 The Sdkfz 222 was the most commonly used armoured car operate by the German military in World War 2. The vehicle was designed to operate as a scout vehicle performing light reconnaissance roles within the Panzer and Panzer grenadier divisions. The 222 was armed with a 20mm cannon, as well as a coaxially mounted MG34 machine gun in an open top turret that was protected by an anti-grenade mesh screen. The vehicle entered service with the German army in 1936, and was also supplied to the Chinese nationalist forces fighting against the Japanese in the late 1930’s. 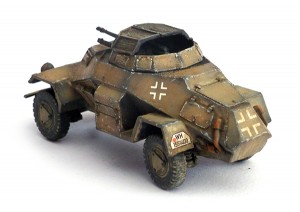 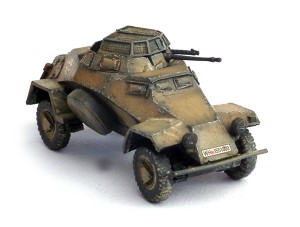 Originally designed with fighting in Western European environments, come the winter and muddy seasons of the Russian Spring and Autumn, the 222’s mobility was found to be lacking, and the vehicle was gradually replaced in service by vehicles with greater mobility such as the Sdkfz 250/9. Despite this, the Sdfkz 222 served from the beginning of the war right up until the very end, with little changes to the overall design throughout it’s production run. The Sdkz 222 was utilised in every theatre the German army operated, and was utilised by Luftwaffe, Heer and Waffen SS forces, as well as the Romanian and Bulgarian armies. 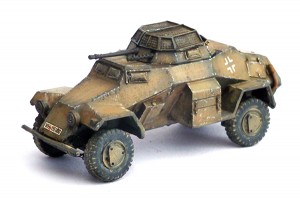 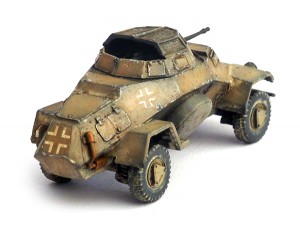 The Sdkfz 222 in Bolt Action 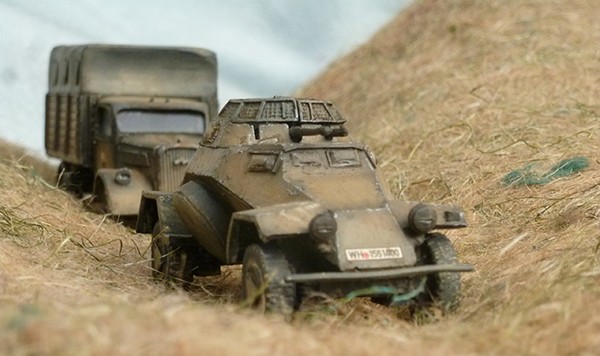 Although the German army list has a lot of fairly expensive units, the Sdkfz 222 is relatively cheap. 95 points for a regular rated vehicle that takes an armoured car slot, the 222 comes armed with a light autocannon and co-axially mounted MMG. These weapons make it more useful as a nuisance rather than as a direct assault vehicle, where it can use the long range of its autocannon to suppress infantry with pins, and pick off the likes of snipers and weapon crews. The 222 is very weakly protected however, with only a 7+ armour rating. 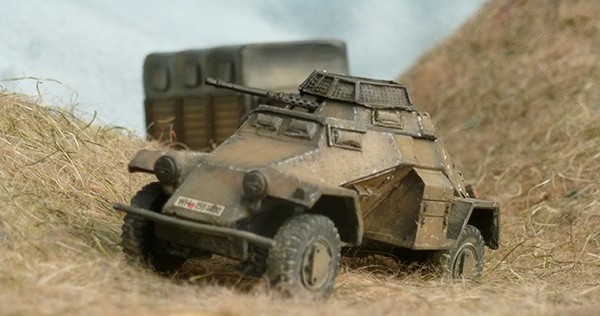 To make matters worse the vehicle is also classed as open topped, and the effects of this are pretty severe. Firstly, small arms can pin the open topped vehicle, secondly hits striking the vehicle from above add one to their penetration, thirdly indirect hits striking the vehicle add one to the damage roll, and finally infantry assaulting an open topped vehicle destroy it automatically. All this added together furthers the need to keep the 222 out of harms way. However all is not lost as the vehicle is blessed with the recce rule, and is wheeled, which combine to make it able to get around to where it needs to be quickly, and also escape if things are looking bad too.

On the whole, the Sdkfz is a useful addition to a force, and can force your opponent to devote resources to its destruction that could be better used elsewhere. 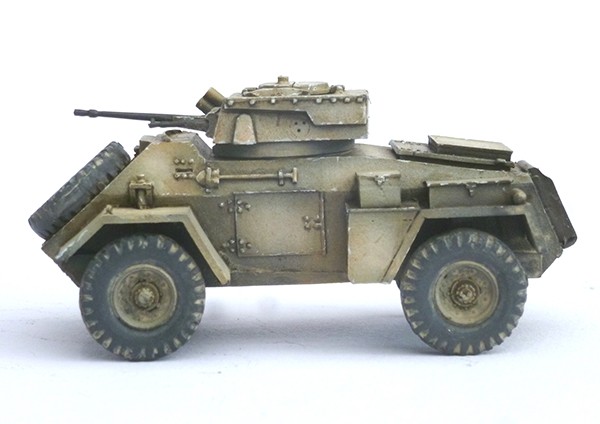 This armoured car was designed to fit a British army specification for a well-protected and armed reconnaissance vehicle, being protected by 15mm of well sloped armour and armed with both a 15mm and 7.62mm machine guns. Despite weighing 5 tons the vehicle was still able to hit speeds of 50mph. 5400 vehicles were built between 1940 and 1945 The Humber entered service in late 1941, seeing combat for the first time in North Africa the Humber proved a very capable machine, and quickly went on to become the most produced armoured car in British and commonwealth service. After Africa, the Humber went on to serve in Italy, Northern Europe India and the Far East. 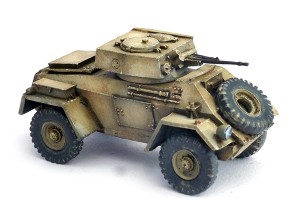 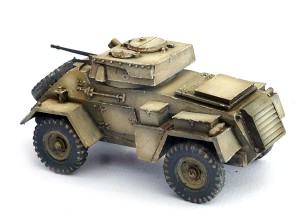 The Humber’s service didn’t end in 1945, and post war served in the armies of Egypt, India, Denmark, Burma, Ceylon, Portugal, The Netherlands, Israel and Mexico. The last battles of the Humber were fought in 1962 in service of the Indian army, and today there are many to be seen preserved both in private hands and in museums. Interestingly, the commander of the 9th SS Panzer Divisions reconnaissance battalion Paul Grabner appears to have used a Humber armoured car in the fighting at Arnhem, though the specific variant is a little unclear. 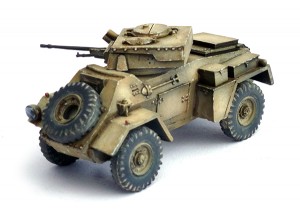 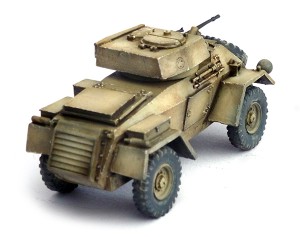 The Humber Mk II is 95 points as a regular selection, and for this you get a vehicle equipped with a turret mounted light autocannon, and a medium machine gun. This light but potent punch is married to an armour 8+ wheeled machine that is blessed with the power of recce too. In terms of tactical role, the same comments as for the Sdkfz 222 apply here, keep it at a distance and use the main gun to pick out weapon teams and artillery, however you have better armour and no open topped to worry about, so you can afford to be a little bolder with the British vehicle. 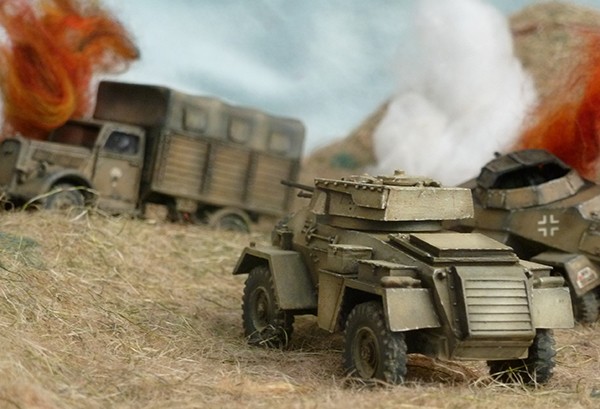 With British forces being amongst the most tactically flexible force in Bolt Action, the Humber gives you another tool to fill a gap in your force. The speed and relative survivability of the vehicle too allows it to serve as either long range support, or light vehicle hunter whilst being able to relocate quickly to anywhere your force may find itself struggling. 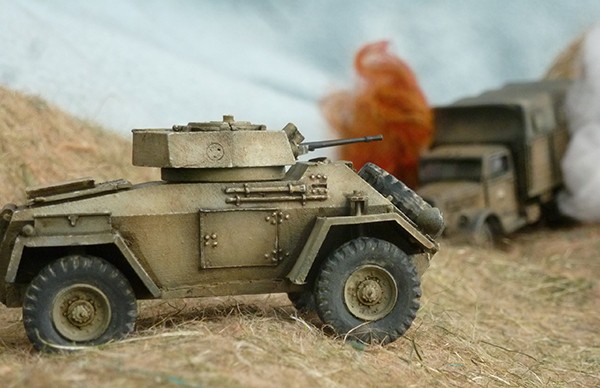 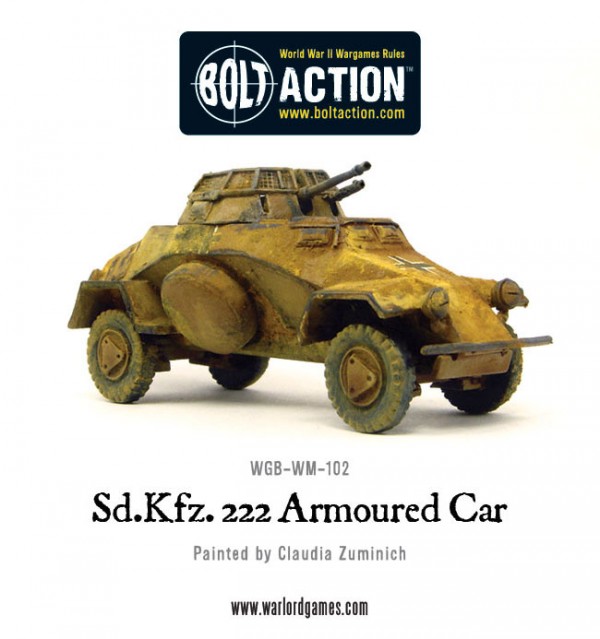 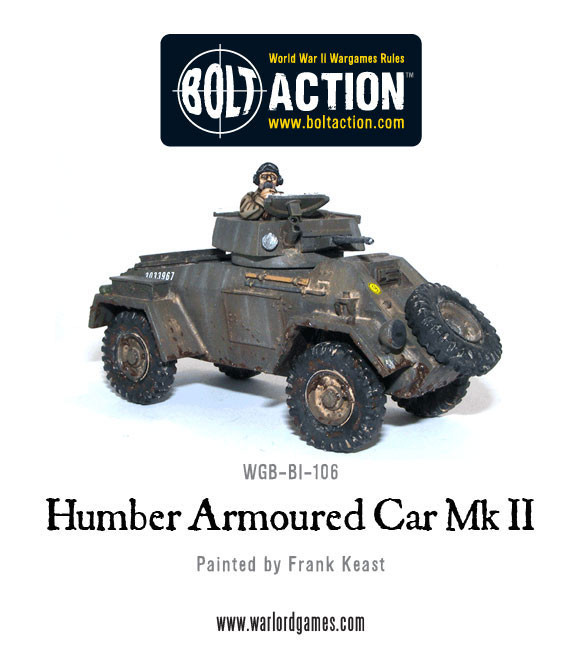