Beyond the Gates of Antares, Latest Products, Official Updates & FAQs

Gates Of Antares Base One Nexus – GoA Light Rules

Thinking of starting Antares? Download these light rules for FREE and watch for more info over on the Nexus! 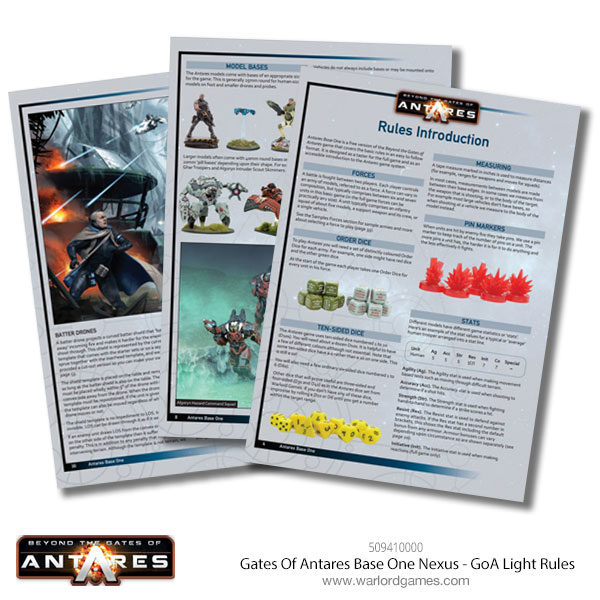 Just released is a free, new version of the Beyond the Gates of Antares rulebook, called ‘Antares Base One’. This covers the basic rules and forces (well, a bit more than the basic) in an easy to follow format. The games designer, Rick Priestley, produced this set as a taster for the full game and as an accessible introduction to the Antares game system as a whole.

So what does it contain?

Well, Base One is a bit more advanced than the step-by-step introductory book that is Kar’A Nine’s ‘Start Here’. It can even be seen as the core rules for Antares, containing everything needed to play a streamlined game and get a really good overview and taste of the system. Included within its 56 pages are the main rules, basic army lists, unit and weapon stats and selected special options for each of the major factions – all grouped together, as well. There are links and references to the full rules, so you can see where the game expands, and the simplified army lists give a really good flavour of each faction: for many, there are suggested steps to take to extend the basic game even further!
This is where we have to admit to using these in introductory games ourselves, and to great effect, too! For experienced gamers wanting a quick pick-up game, for club’s looking for an introductory game, or if you want to try Antares for yourself, Antares Base One covers, well, all the bases… 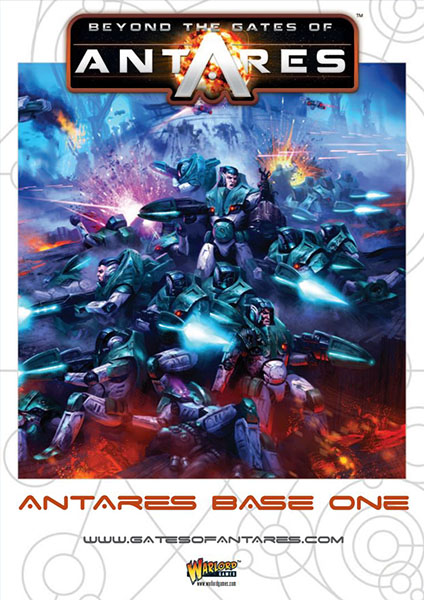