You’ve seen plenty of his work over the past few months but we’ve saved Neil at Troop of Shewe’s King Tiger paint jobs for the New Year!

The biggest landbound vehicle in the Bolt Action range (the impressive Bronekater patrol boat is even bigger!) the King Tiger was also known as ‘Royal Tiger’ by British forces. Weighing in at over 70 tons this would have been a real shock to run into if you were an Allied tanker or even one of the PBI.

For the first King Tiger Neil has given it a darker than usual colour scheme – not all that unusual in that crews applied there own camouflage schmes in the field. You’ll also notice he’s chopped away one or two panels from the trackguards giving it the look of a tank that’s seen a thing or two. With German tank commander stood in his cupola the King Tiger is the very image of German armoured might.

You’ll notice how Neil has an extremely effective method for applying mud to the tracks of his vehicles – we’ll be explaining just how he does that in a future article along with how he applies those trademark scratches, scrapes and other battle damage. 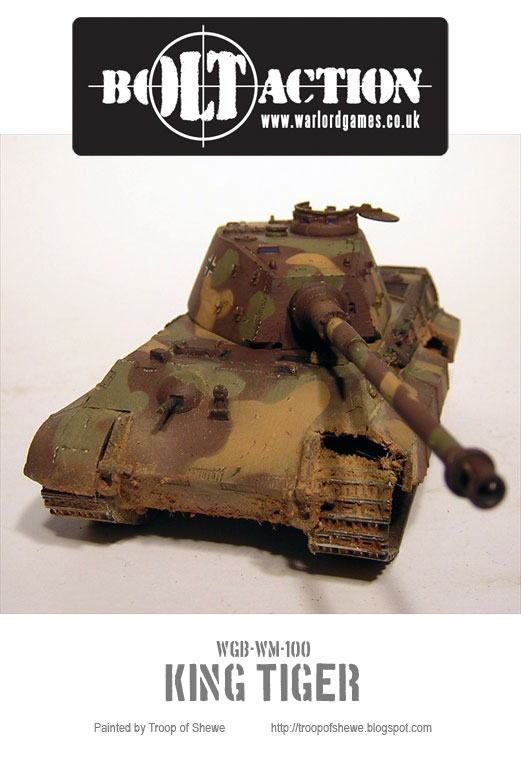 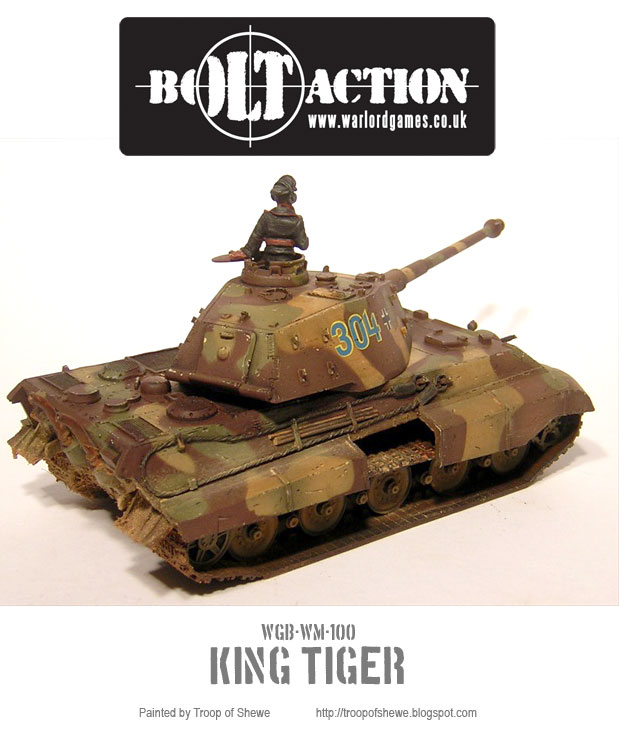 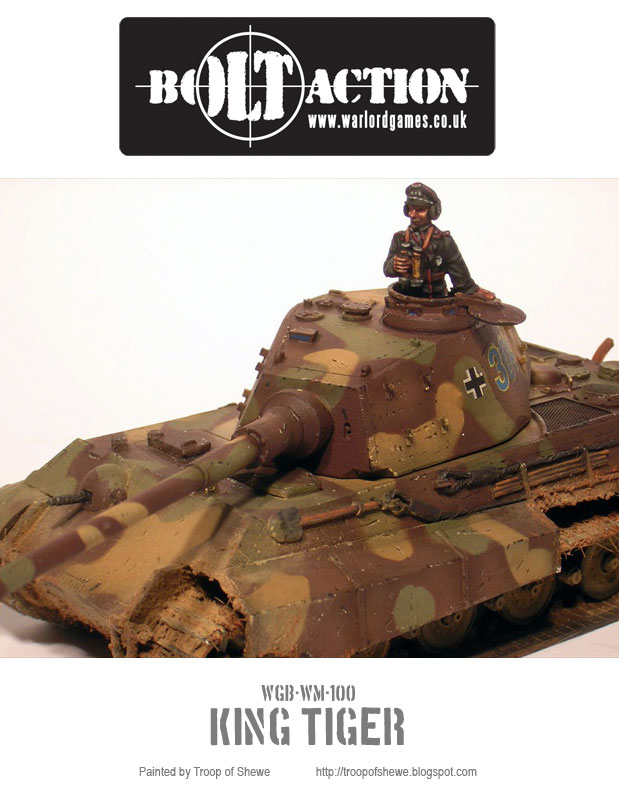 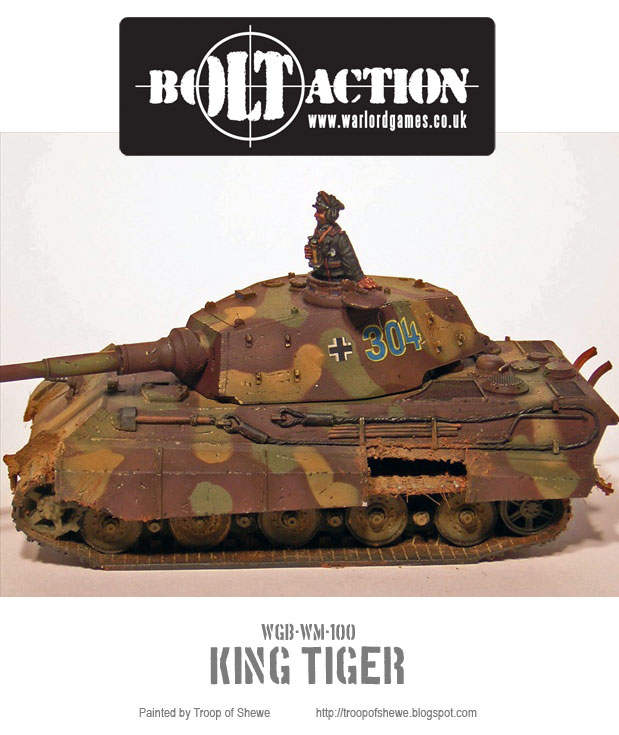 The second of the King Tigers (or Sd.kfz 182 if you want to get technical) has a more traditional colour scheme of dunkelgrün (dark green) over a dunkelgelb (dark yellow) base. A scenic base has also been added to this model. We love the rusted tracks – beautifully done.

Our King Tiger sports the more common Henschel turret. Maybe a Porsche turret will grace this beast before too long and our lips are sealed about whether we’ll add a Jagdtiger variant… 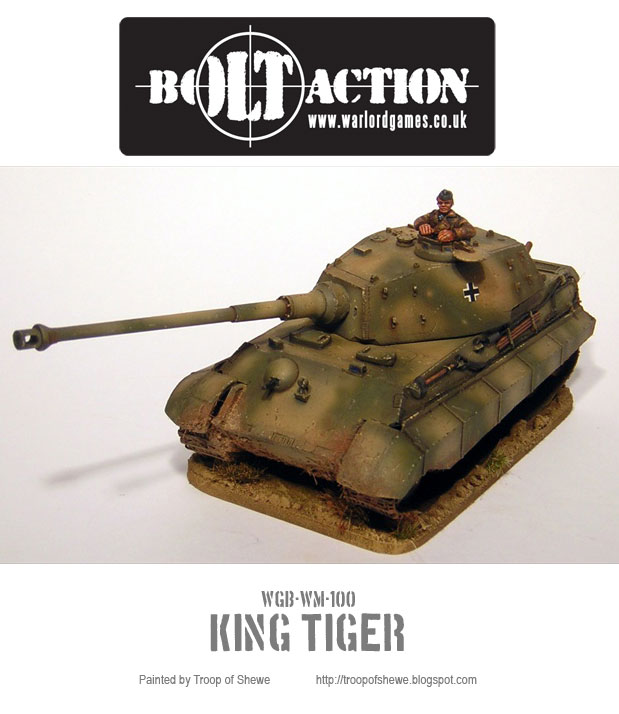 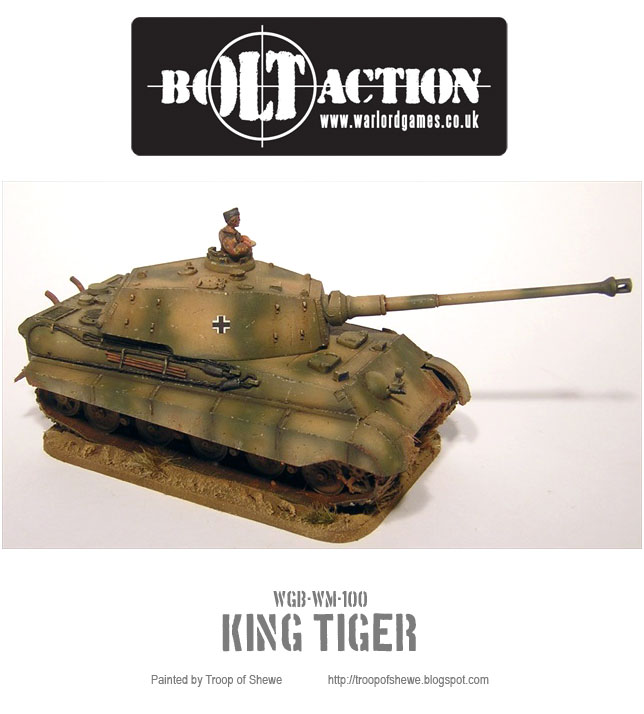 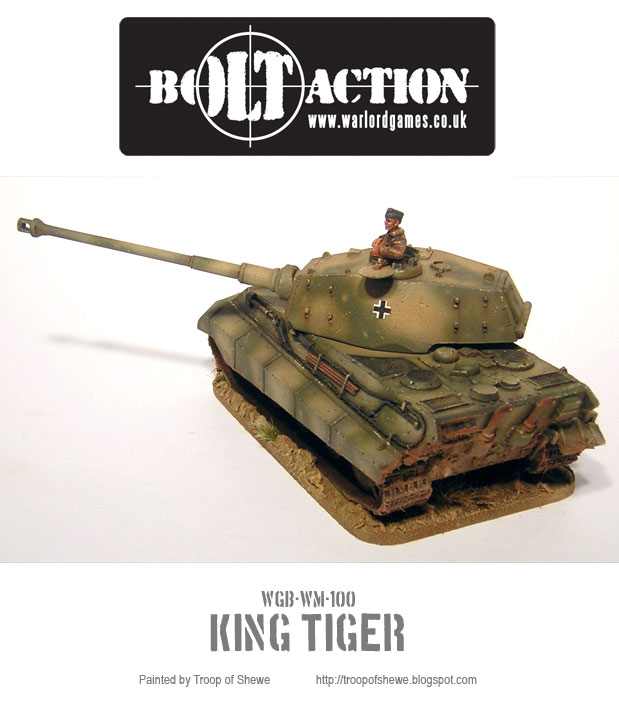 The final (for now…) King Tiger is ‘defrocked’ in that it has the trackguards removed. This is an unusual configuration but really makes the tank even more deadly looking. Not that they weren’t deadly enough – sporting an 88mm gun and sloped armour over 7″ thick in places – it often fell to Allied airpower to deal with these lethal big cats. 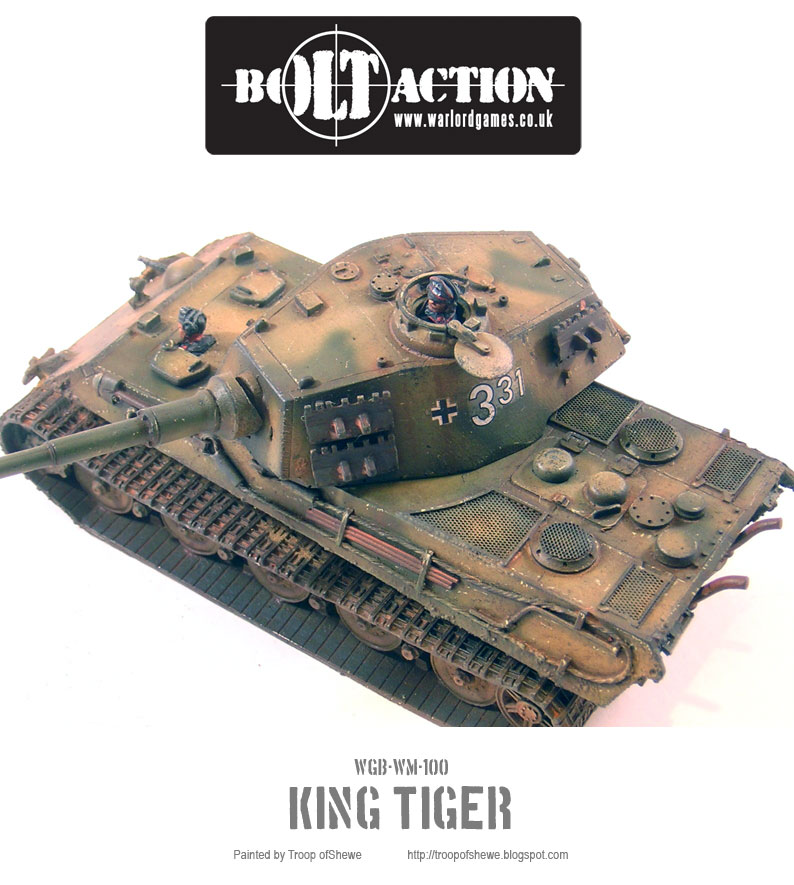 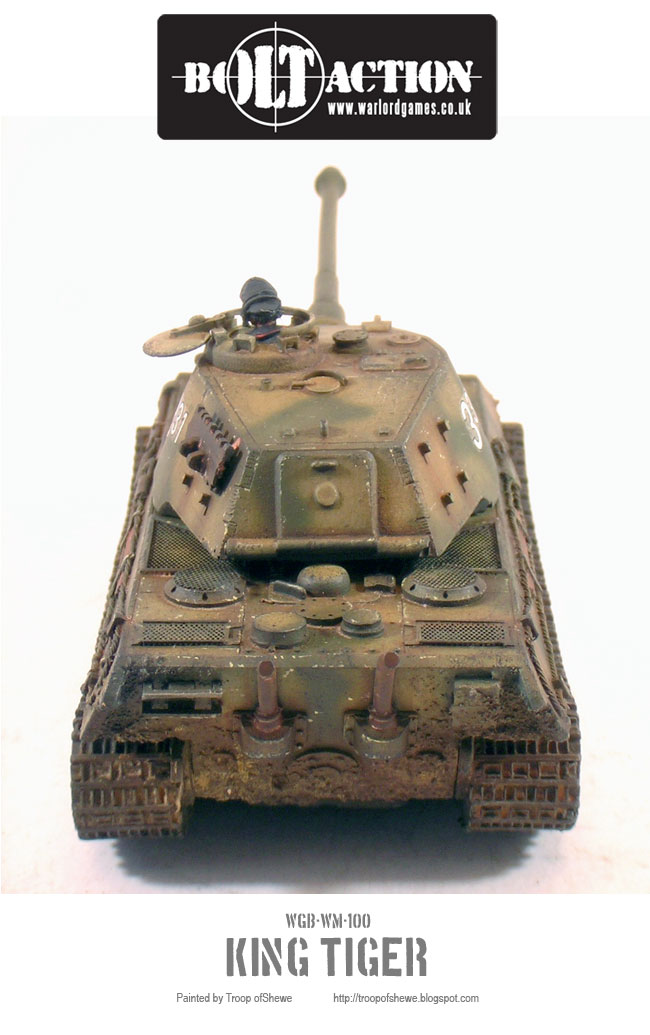 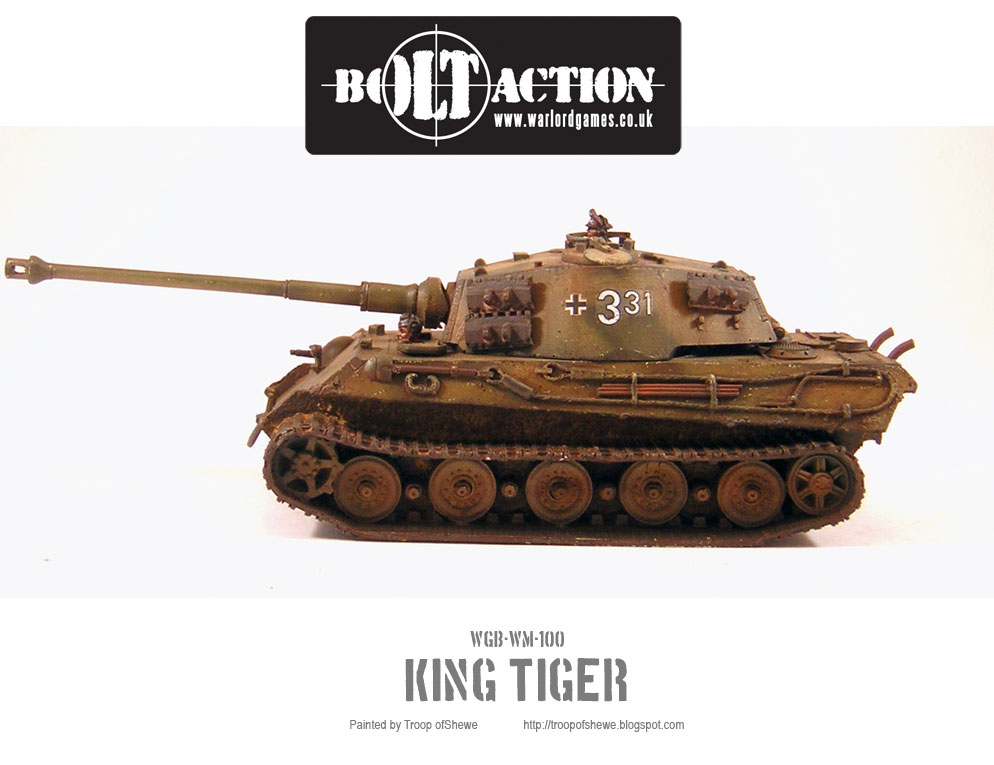 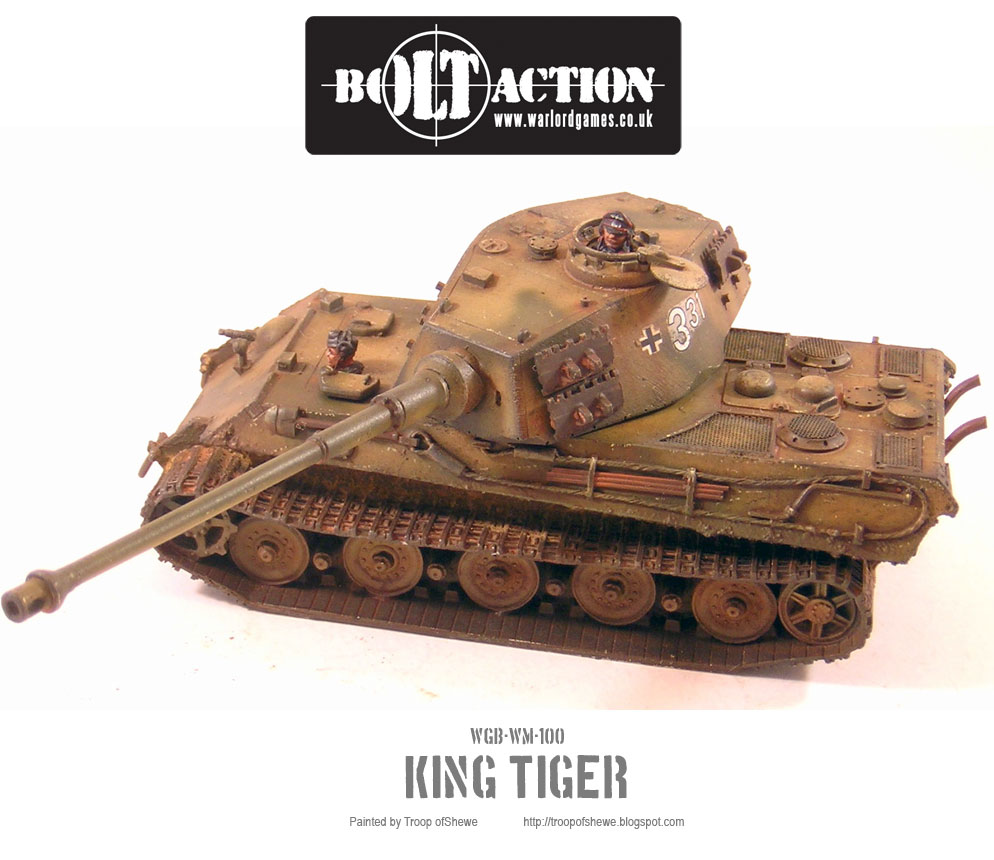 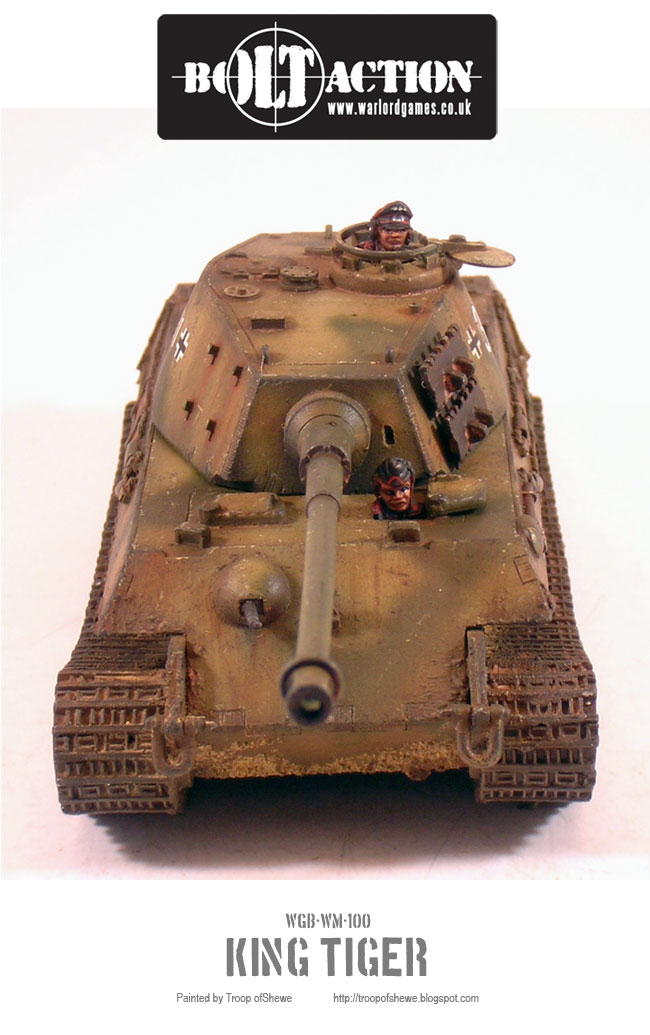 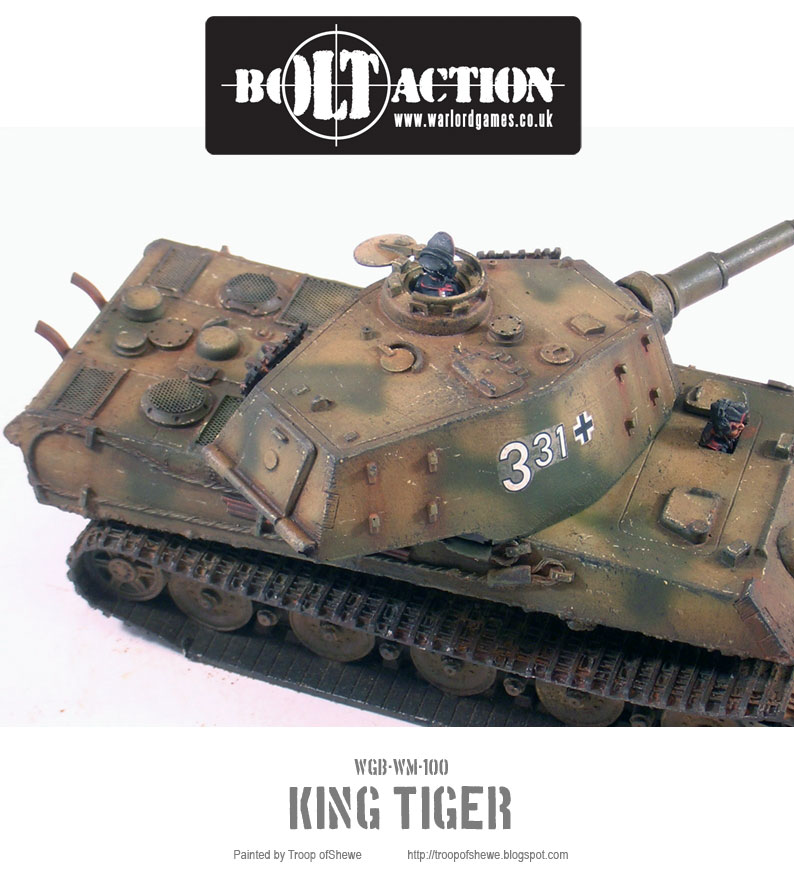 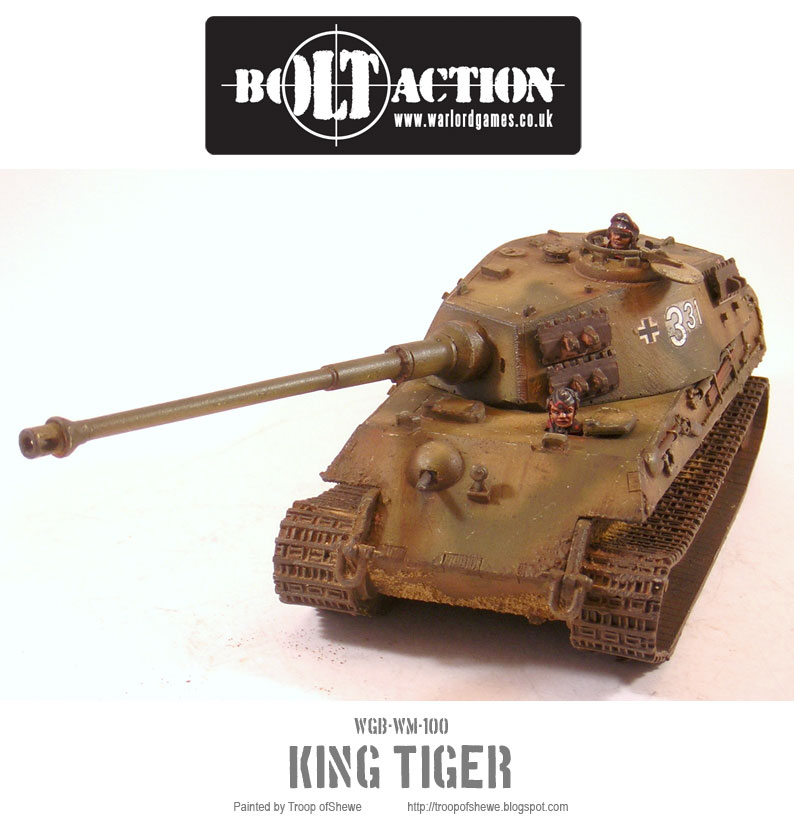 No matter what configuration or colour scheme you’re interested in you can add a King Tiger to your army in the Warlord webstore.

Fear not – we still have plenty more Bolt Action galleries to show off over the next few weeks although the subject matter is likely to be a little smaller!