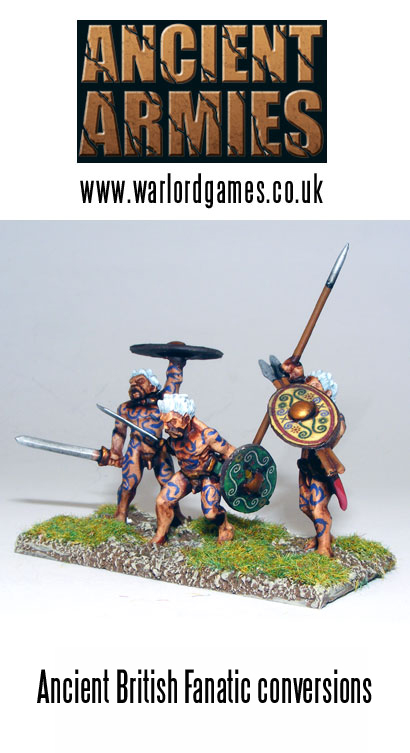 “I love stark-naked loony psychos (there’s a sentence you don’t want taking out of context!). I just had to have some in my ancient British army so picked up two dozen of Warlord’s metal fanatic models. Although there are four different poses there are no command models currently available so thought I would set about some minor conversions.” 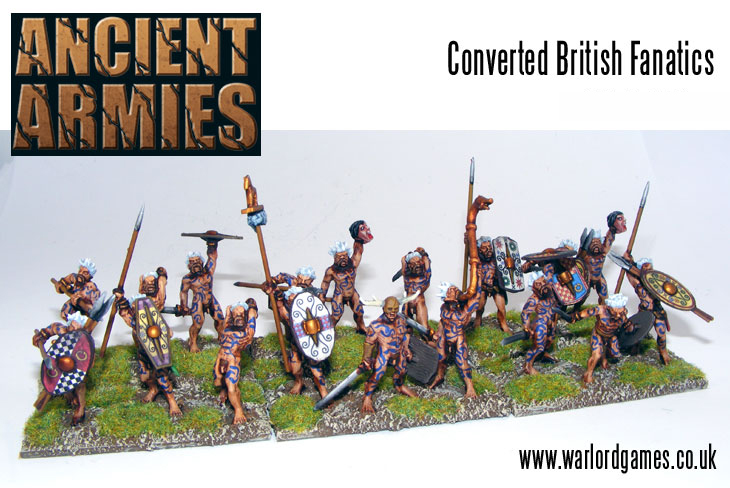 “The unit champion was fairly straight-forward, I used the antlered druid model with two sickles. Lop his sickles off, give him a sword and shield from the plastic frame and Bob’s your uncle.” 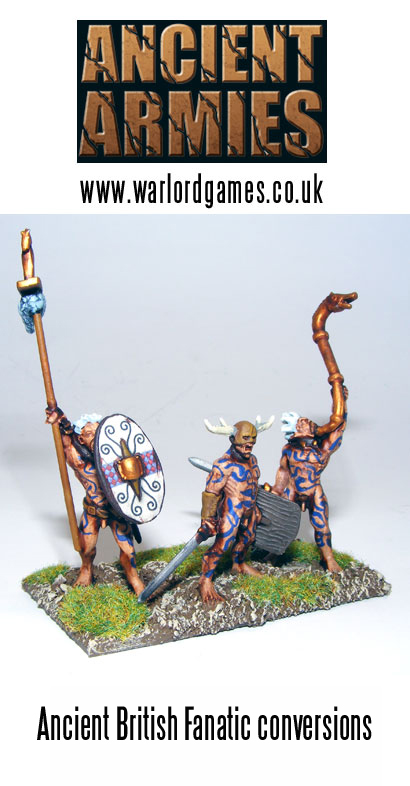 “The standard bearer was next – another fairly straight-forward job. Brass wire with the metal standard top. For the carynx-blower, I used the chap holding the head aloft, cut the head out of his hand delicately with a scalpel then replaced it with a plastic carnyx. The head was replaced with one of the metal British lime-washed hair heads, turned so that it looks like he his blowing the carynx.”

“I left the two-handed sword were left alone as they look great as they are! The models holding the spear aloft only needed the addition of a shield and the odd weapon swap for variety.” 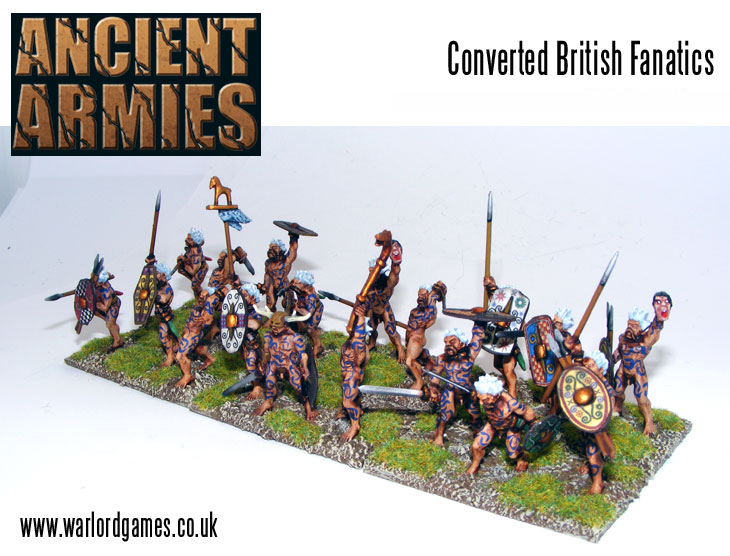 “The one model that would take a little more care and attention was the fanatic running with spear. I wanted the whole unit with lime-washed hair, to signify their reverence for their horse totem, and armed with shields where possible. All the heads were swapped and the spears cut away. The spaces around the arms and chest I cleaned with an electric modelling drill. At that stage it became obvious that the arms could be repositioned easily and a shield and replacement weapon added. Not as hard as I imagined!” 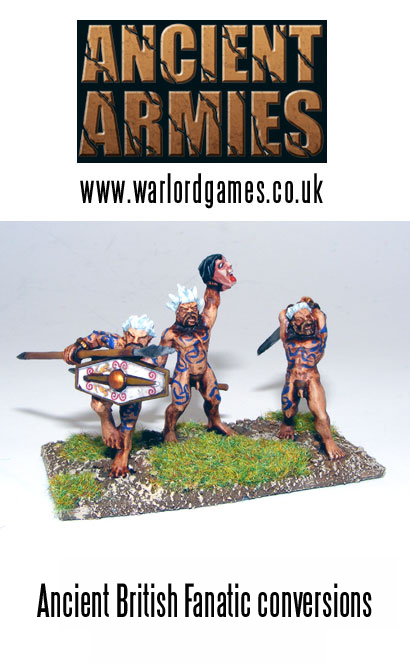 Simple conversions, expertly applied and the end result is one we’re rather pleased with – a charging mass of spikey-haired nutters.  You can pick up your own fanatic models here and we also have a wide range of modelling tools to help make your conversions easier – check them out in the Hobby Supplies section of our webstore. Another very useful area of our website is The Armoury – this holds loads of bits and bobs to help you add a personal touch to your army so head on over and sift through the shields, weapons, etc…!