With Tank War now making it’s way into the hands of eager Bolt Action players around the world and all these tanks rumbling around, we thought it was high time we highlighted some anti-tank weaponry. Matthew Davies starts us off with a look at the arsenal of the US army: 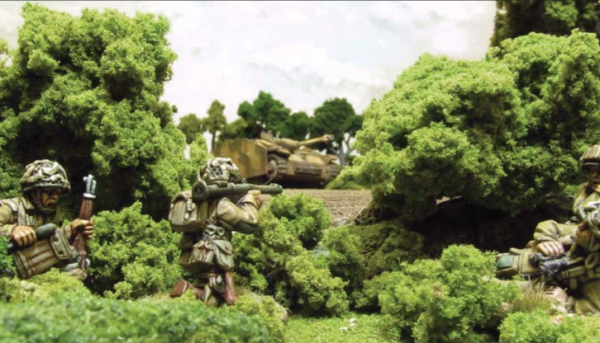 Tanks can be a terrifying prospect in the battlefield. Big, armoured and armed to the teeth, even one tank in World War Two could ruin anybody’s day. But they could be brought down in a number of ways. All countries had access to a bewildering variety of anti-tank weapons, from small man-portable charges to enormous cannons of complete destruction. We’ll be looking at the key nation’s main anti-tank guns of choice, how they came about, and what made them popular, effective, or even just mainstays of military popular culture.

America, whilst a late-comer to the Second World War, had plenty of weapons to take on the wide variety of Axis armour that they confronted. Let’s start off with the M3: not to be confused with the tank or half-track of the same name. 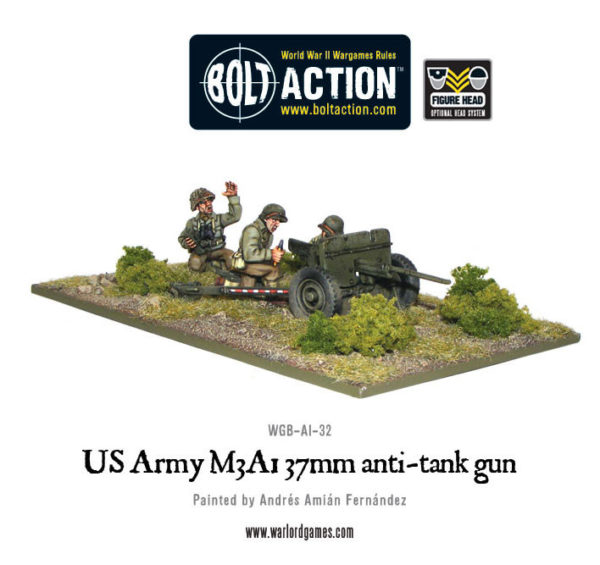 The M3 was a 37mm towed gun, and the first such weapon to be used by the United States armed forces (America in the 1930’s had no dedicated anti-tank guns). Pre-war, the Americans looked at the German’s own 37mm gun as a template for their own. Introduced in 1940, it was a small, light towed gun that could easily be pulled by a jeep. Variants of this gun (the M5 and M6) were mounted on vehicles like the Stuart light tank and the M8 Greyhound. However, like most guns of this calibre, it was soon made redundant by tougher tanks such as the fearsome Tigers and Panthers of Germany. It also had a very small gun-shield, which was worrying for its opperators. Even so, it was still a handy support weapon for infantry, and more than a match for lighter tanks and armoured carriers. Whilst it was phased out in most areas by 1943, it was used until the very end of the war, primarily in the Pacific campaigns against the lighter Type 95 and Type 97 tanks of Japan. Many guns were also sent to the Chinese National Revolutionary Army and other allied nations, some of which made use of the gun up until the 1970’s. 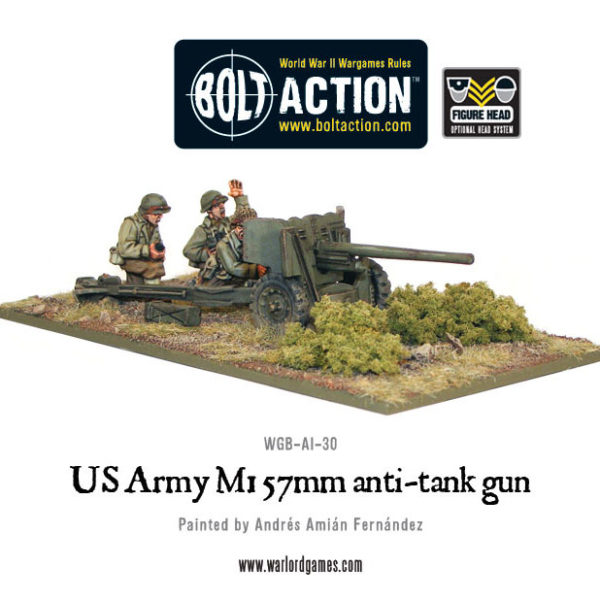 Next to be looked at is the larger, 57mm, M1 gun. When it was realised the M3 was insufficient in taking on Germany’s bigger, tougher tanks, America began to look into fielding bigger guns; finding the answer within the allied British ranks. The US armed forces were very impressed with the British 6-pounder anti-tank gun, and were keen to adopt it. The M1 was essentially an American-built 6-pounder Mk2, renamed, given a different carriage, and issued to American forces from 1942. The gun had a small teething problem in that only AT shells were issued to it to begin with, due to delays in shell design and production. In a few years it became the standard anti-tank gun of the American forces for the remainder of the war. The gun wasn’t really used on American vehicles; the only notable example being the T48 GMC, based on the M3 half-track. Even so, the gun proved popular and a faithful staple of anti-tank tactics for the rest of the war. 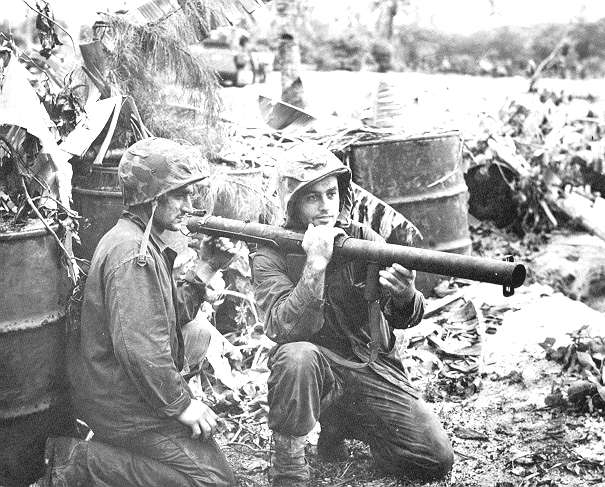 The most iconic weapon in the American arsenal, thanks to many films and video games, is the M1 “Bazooka”. This man-portable recoilless rocket launcher was a popular way of punching nice large holes in the sides of enemy armour. Firing a M6 HEAT warhead with an effective range of around 300 metres, Bazookas could severely damage tanks from a reasonable distance. Even the mighty Tiger tank wasn’t safe. Whilst it could take down heavy tanks if the operator was very lucky (and firing at weaker side or rear armour), it was most effective against lighter vehicles and machine gun nests. It was considered to be so effective that the Germans war-machine decided to copy the idea (and improve it), resulting in the Panzerschreck. 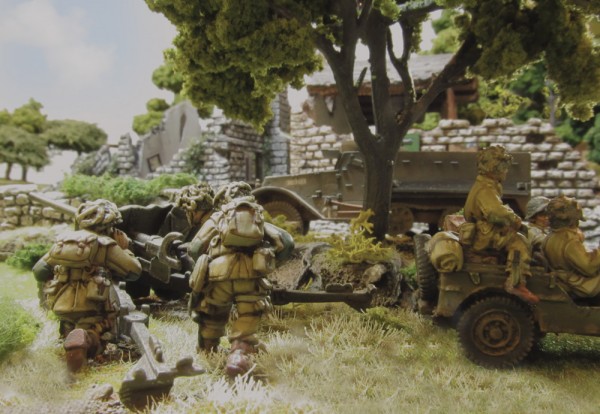 Even though America joined the war in its advanced stages, it was still capable of fielding weapons that could go face-to-face with every piece of armour, be it light or heavy, that the Axis forces could throw their way. So – how will you equip your men in the face of the German Panzers?