With the new starter set for Victory at Sea focusing on the Battle for the Pacific, we’re looking at fighting in the theatre in Bolt Action.

This ‘hostile act’ that starved them of vital resources like oil, iron and steel in turn convinced the Japanese to attack these colonies and seize by force the resources they had been denied. Though expected, the Japanese attacks that started the Pacific War on the 7th of December 1941 were so well planned and ferociously executed that the western powers were soundly defeated – their defences crumbling with stunning rapidity.

The US Pacific fleet was all but annihilated in the surprise attack on Pearl Harbour, which drew the Americans directly into World War II. The British fleet in South East Asia was similarly crippled. By mid-1942, the Japanese Imperial Army had conquered all of the Dutch East Indies, the British territories of Malaya and Burma, stopping at the very border with India, the US colony of the Philippines as well as the many chains of islands of the Pacific, including most of New Guinea, from which they had proceeded to bomb northern Australia. During these campaigns, the Japanese had inflicted on the British and Americans some of the worst defeats in their military history. And all of this while still maintaining their pressure against the Chinese. The Soviets, not very keen to open another front while desperately defending their homeland against the German invasion, kept their neutrality agreement with the Japanese. 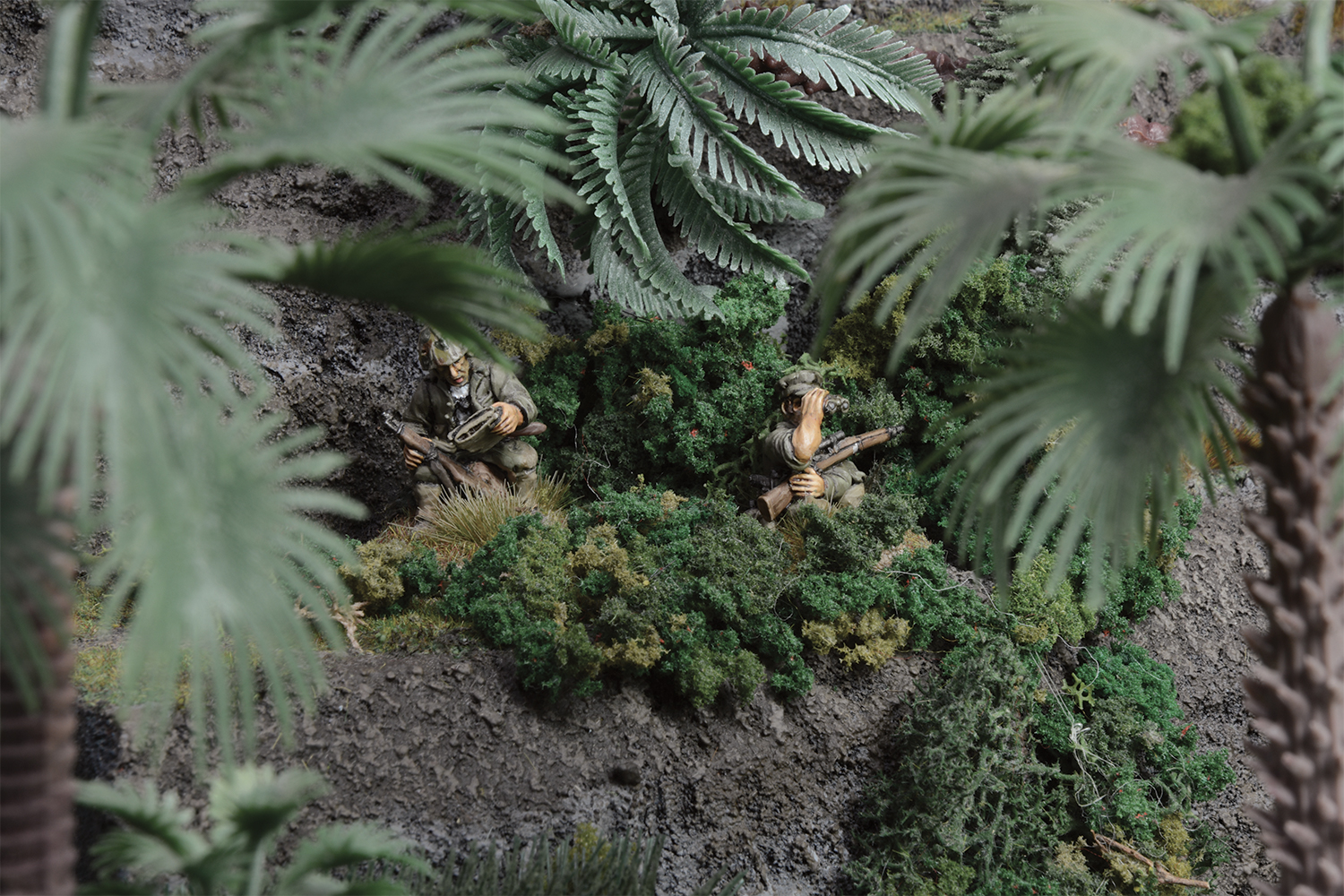 This was the very high tide of the expansion of the Empire of Japan. The Japanese strategy relied on the western powers negotiating peace at this point, which would have allowed Japan to retain much of the territory it had grabbed. Unfortunately for them, the Japanese had underestimated the resolve of the Allies, and particularly the immense industrial might that America brought to bear, converting her massive economy to war production. Soon the Americans started sending wave after wave of new ships and fighting men against the Japanese outer territories, beginning with the Solomon Islands, where the US Marines for the first time inflicted a sound defeat upon the Japanese at the battle of Guadalcanal.

The British, relieved in North Africa by the American intervention, were able to send much-needed reinforcements to their beleaguered forces in India, turning the tide in the forests of Burma and soon starting to counter-attack and push back the over-stretched Japanese. 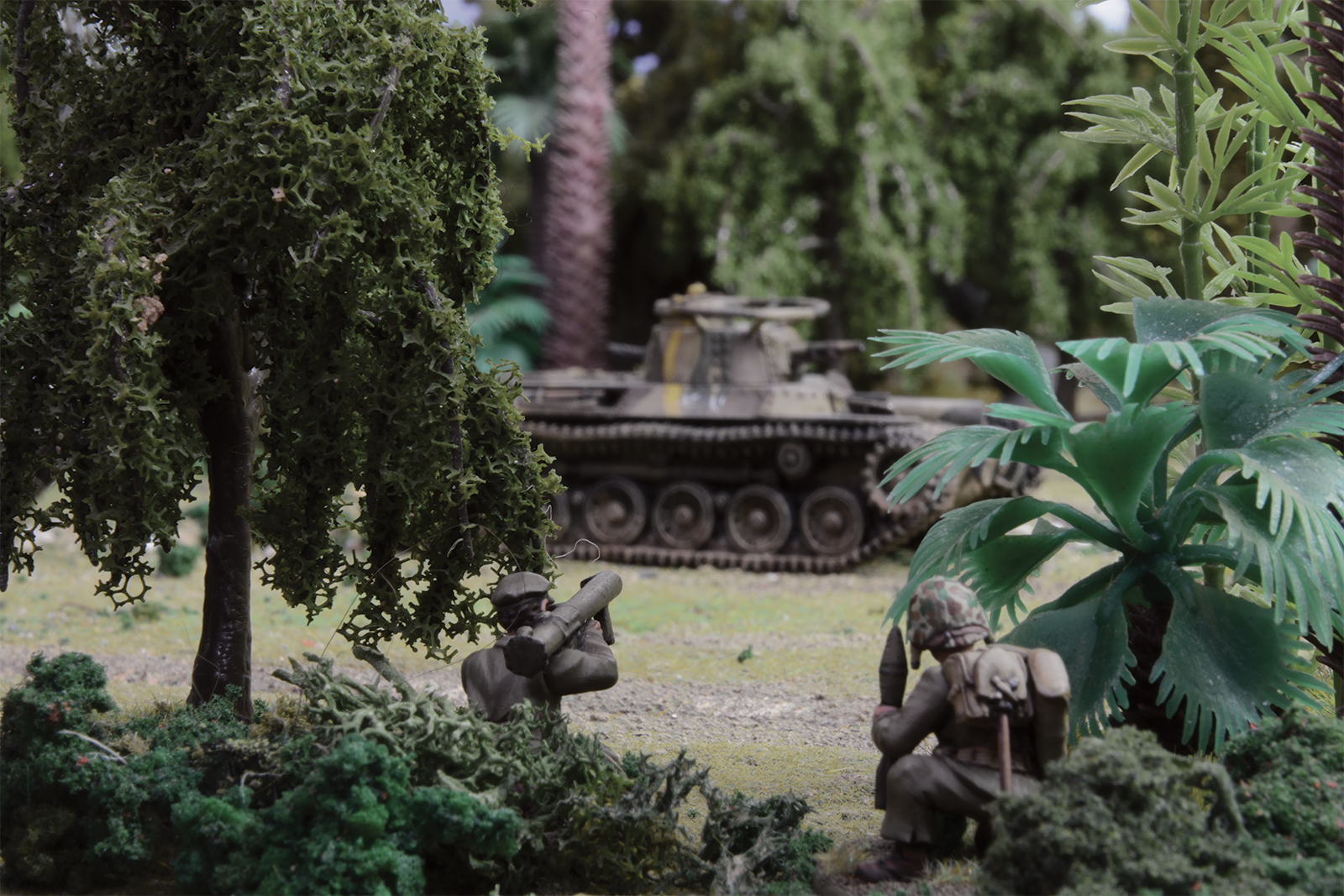 Eventually, the Japanese Navy, which for a while could arguably claim to be the best in the world, suffered decisive defeats at the battles of the Coral Sea and Midway, and later at Leyte Gulf, when the Japanese effectively lost control of the Pacific once and for all. The US started an ‘island-hopping’ campaign of amphibious invasions against key Japanese bases, choosing to bypass and isolate others. The Marines learned many a bloody lesson in the fighting against the stubborn Japanese soldiers, honing their waterborne assault tactics in the invasion of island after island – Tarawa, Saipan, Philippines, Iwo Jima, Okinawa.

After the capture of Iwo Jima, the US Air Force had began a remorseless strategic bombing of Japanese cities, which together with the intense submarine blockade inflicted grievous conditions on the Japanese population. But the Japanese spirit of resistance to invasion remained strong, and at Okinawa large numbers of the civilian population fell casualty to the fighting. Eventually, calculating that an invasion of mainland Japan would cause too many casualties on all sides, the American government decided to destroy the cities of Hiroshima and Nagasaki with atomic bombs. This, compounded with the Soviets finally breaking their neutrality and attacking the Japanese in Manchuria, broke the Japanese will to fight and their surrender was signed on board USS Missouri in Tokyo Bay on the 2nd of September 1945, ending World War II.

With the upcoming naval combat game Victory at Sea and the next Campaign book in the Bolt Action series – Mariana & Palau Islands – due later this year (not to mention the Blood Red Skies range!), it has never been a better time to explore the Pacific Theatre using the Bolt Action family of games.

For an overview of the Pacific Theatre, consider the Empire in Flames Theatre book. This book allows players to command the spearhead of the lightning Japanese conquests in the East or to fight tooth and nail as Chindits, US Marines and other Allied troops to halt the advance and drive them back. Scenarios, special rules and new units give players everything they need to recreate the ferocious battles and campaigns of the Far East, from Guadalcanal to Okinawa, Singapore, the Philippines, Iwo Jima and beyond.

The Battle for the Islands

Get started with battles in the Pacific Theatre with The Battle for the Islands, pitting the forces of the USMC against Japanese troops, with terrain and hobby material to lend your battlefield a more authentic feel. 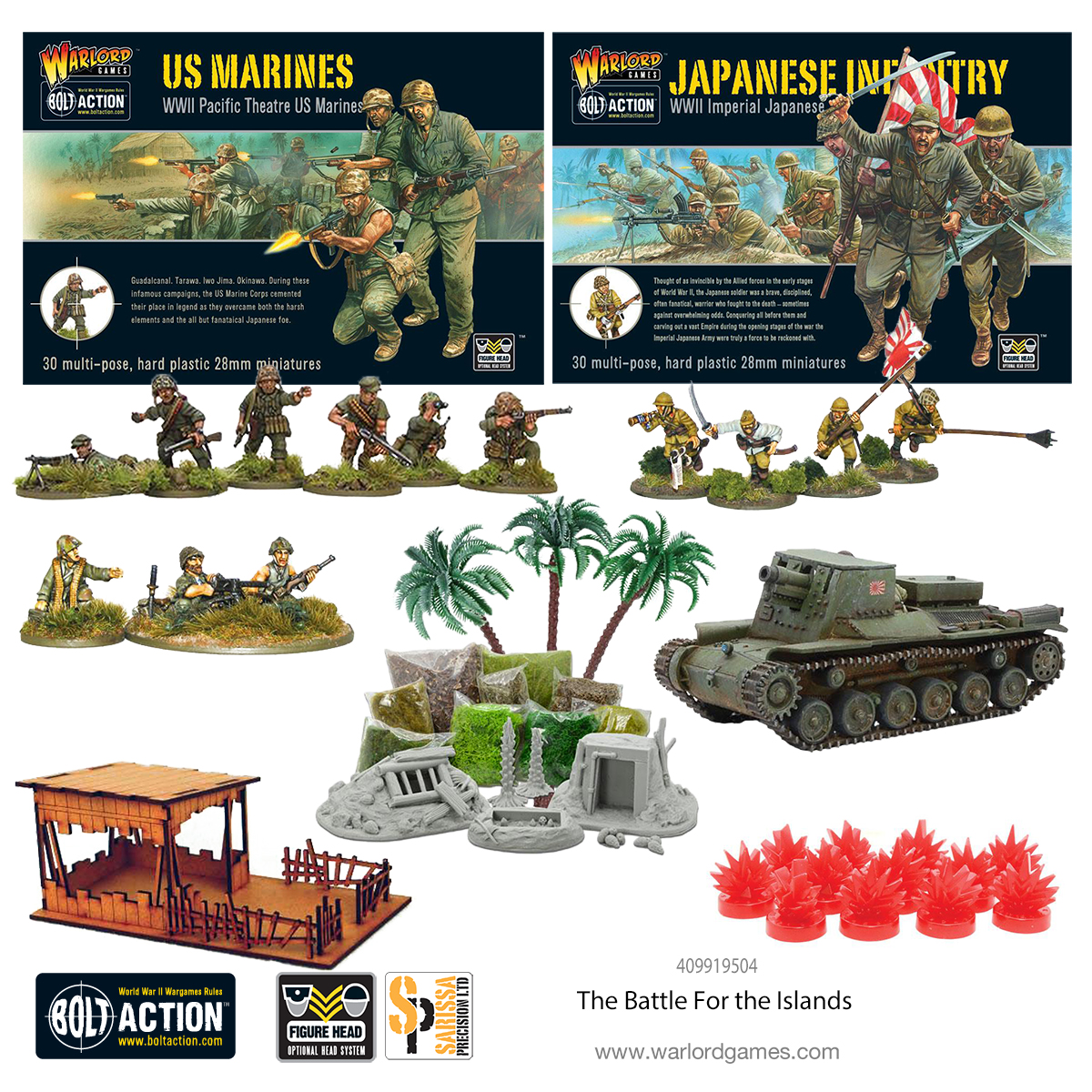 The USMC used sheer brute strength and bloody determination to overcome not only the well dug-in fanatical Japanese defenders, but also the harsh environment – in what’s argued to be the cruellest and harshest fighting of the war. 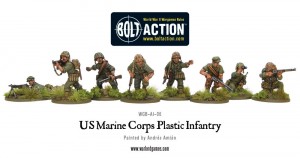 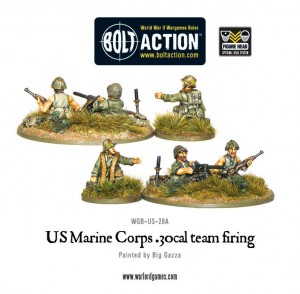 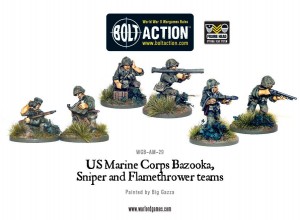 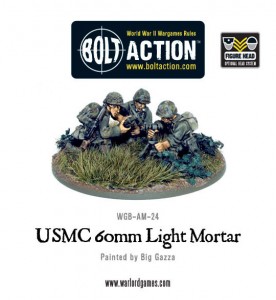 Storm the beaches, or toss the US back into the sea with the Imperial Japanese Army. Our plastic kit puts a whole platoon loaded down with light machine guns, knee mortars and submachine guns at your disposal! 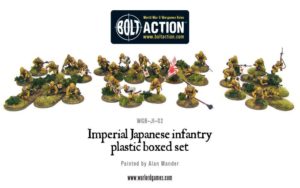 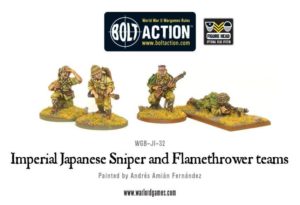 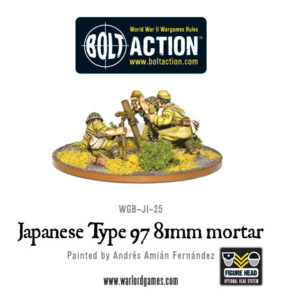 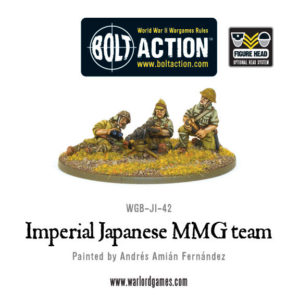