We’re heading back to the dawn of civilisation with a look at the early Sumerian city-states who dominated Mesopotamia and the Middle East!

Around 2500 BC written records were starting to be used for recording historical events in enough detail for
us to use them to reconstruct battles. Some of the earliest records concern the long war between the Sumerian city-states of Lagash and Umma. Organised warfare had been going on for many centuries and the
armies of the Sumerian city-states already featured massed rank formations of men with long spears and onager drawn battle-wagons. 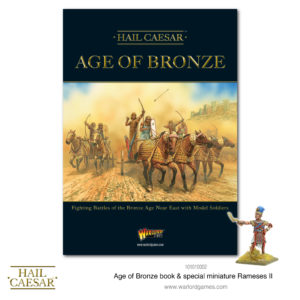 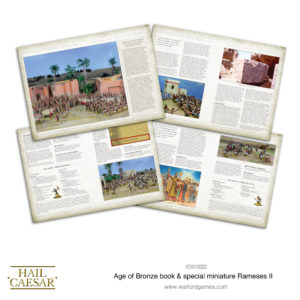 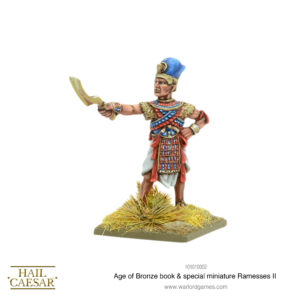 This fantastic supplement for Hail Caesar covers warfare during the dawn of civilisation – from the first city-states of Ur and Lagash covered here, to the height of the Trojan War and the rise of Rameses II.

The so-called “fertile crescent” in modern-day Iran & Iraq was home to many city-states, including Ur and Lagash. These states were underpinned by an incredibly complex system of trade and governance recorded on stone tablets. The military forces of these states were equally complex for the time – employing serried ranks of spearmen, supported by chariots and skirmishers.

The bulk of your army will be solid blocks of spearmen – able to hold a battleline and soak up punishment while your more mobile units charge around after objectives. 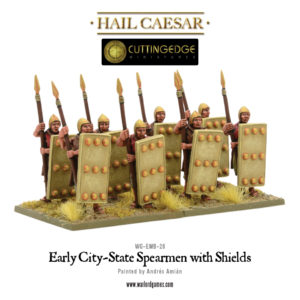 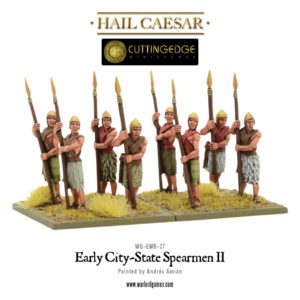 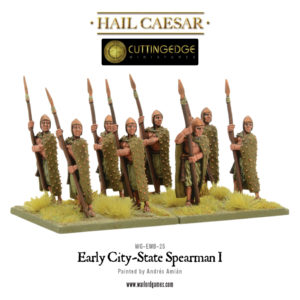 To support your spearmen, you’ll need some irregular skirmishers to dart around the flanks and generally make things unpleasant for your enemy. Javelins provide some short-range punch mixed with decent close-combat ability, while slings allow you to deal death at greater distances. 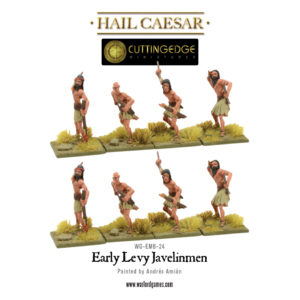 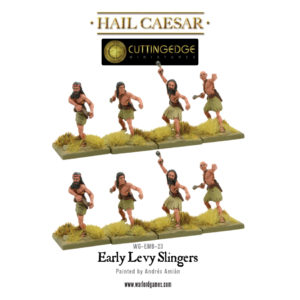 Skirmishers are useful for harassing the enemy at short to medium range, screening your spearmen while they manoeuvre, but they lack staying power. Add some much-needed striking power to your army with some onager-drawn light chariots! 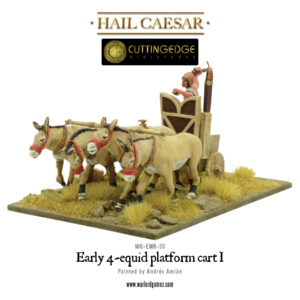 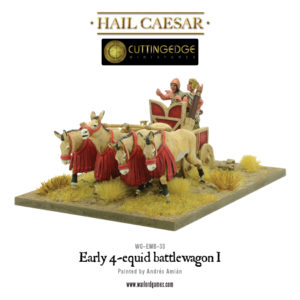 Onager chariots are drawn by four wild asses – we shall treat them as light chariots with a span of four and suggest basing them as heavy chariots. Because of their ferocious ill-temper and the legendary intractability
of the wild ass, any order given to an onager chariot unit or division of which it is a part will blunder on a roll of 11 or 12.

We’ve put together two fantastic army deals to get you started with the ancient Sumerian city-states of Ur & Lagash. Each one gives you 96 infantry and 2 chariots, the perfect starting point for any Bronze Age army! 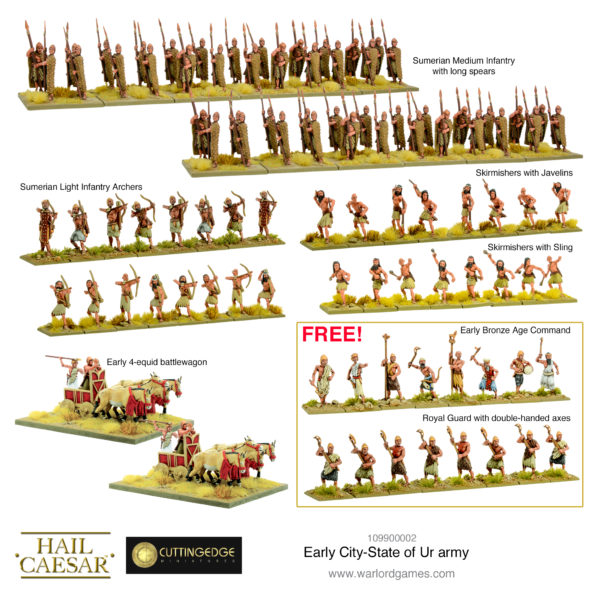 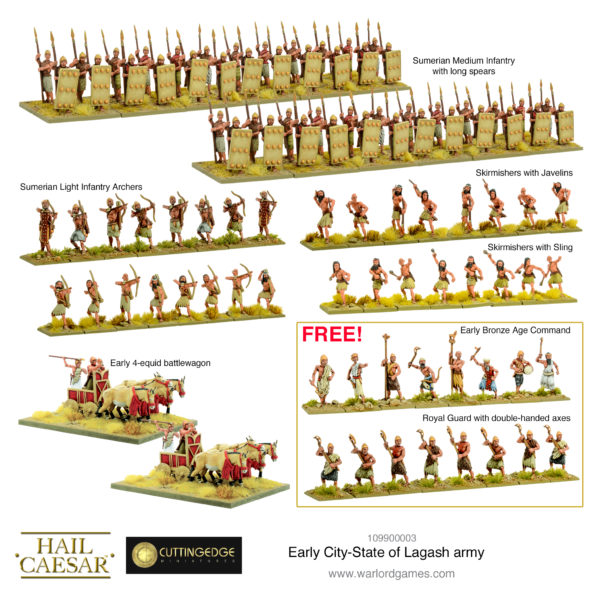 Tom spends most of his time buying books and painting miniatures. He enjoys putting animals on the bases of his miniatures and half-finishing side projects. Some say that he lives in a tower on top of some windswept northern hill with his wife and cow-patterned cat, Spaghetti.
View Profile | View all posts by Tom Mecredy
Bolt Action: Storm Groups in Stalingrad
Bolt Action: The Pacific Theatre