To complement the release of the British Airborne Jeeps here’s a showcase on our Tetrarch light tank as painted by Neil at Troop of Shewe.

This lovely little kit comes with all three barrel types used during the war: 2 pounder, 3″ howitzer and a small number even had the 2 pounder upgraded by the use of the Littlejohn adaptor. 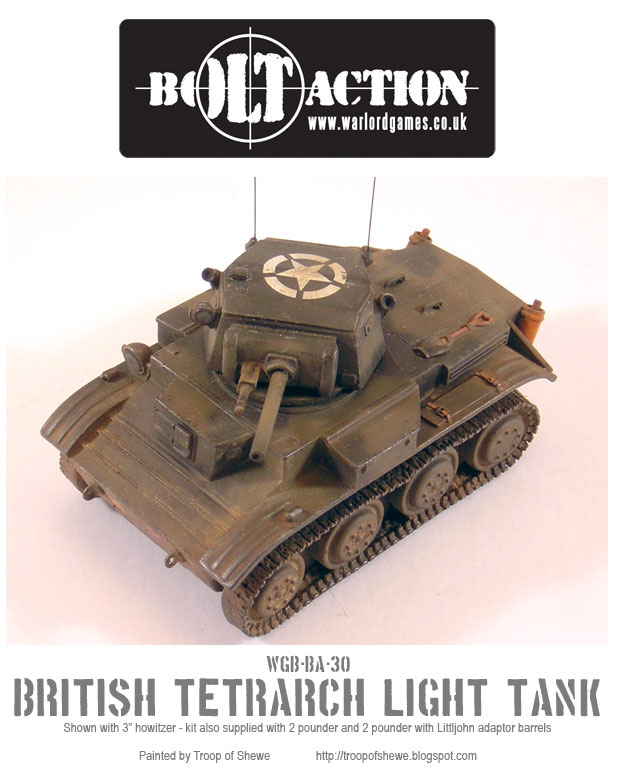 The Tetrarch were packed into Hamilcar gliders for the flight across the channel and deployed upon landing using a system of pulleys that opened the front of the glider as it moved forward.

Despite its fame being as an air-landing tank it started out as a vehicle suitable for amphibious assults and performed that very role  in the invasion of Madagascar in May 1942. 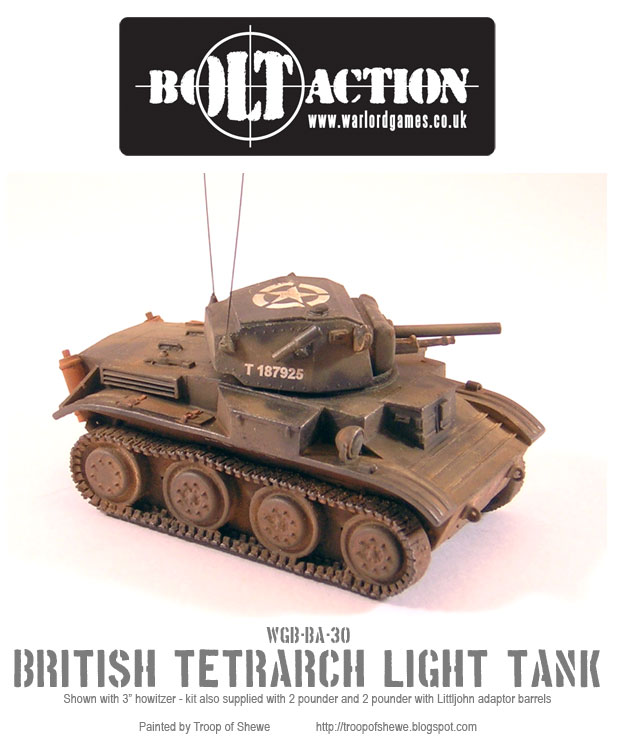 Of course, it wasn’t just the British Airborne that made good use of the Tetrarch – under the lend-lease agreement the Russians also pressed it into service as can be seen on this superb website on all things Russki. Adding one or two of these to a Soviet force would certainly make your army unique.

You can purchase your own tanks for your British forces right now in the Warlord webstore.