Our Red Devils boxed set has gone down an absolute storm and so this new release is very timely indeed – Airborne Jeeps for your British Airborne.

To allow the Jeeps to fit into  British Horsa glider the Willys Jeep was modified in several ways.  As ever this rugged little vehicle was up to the task and proved a great means of manoeuvrability in the field. 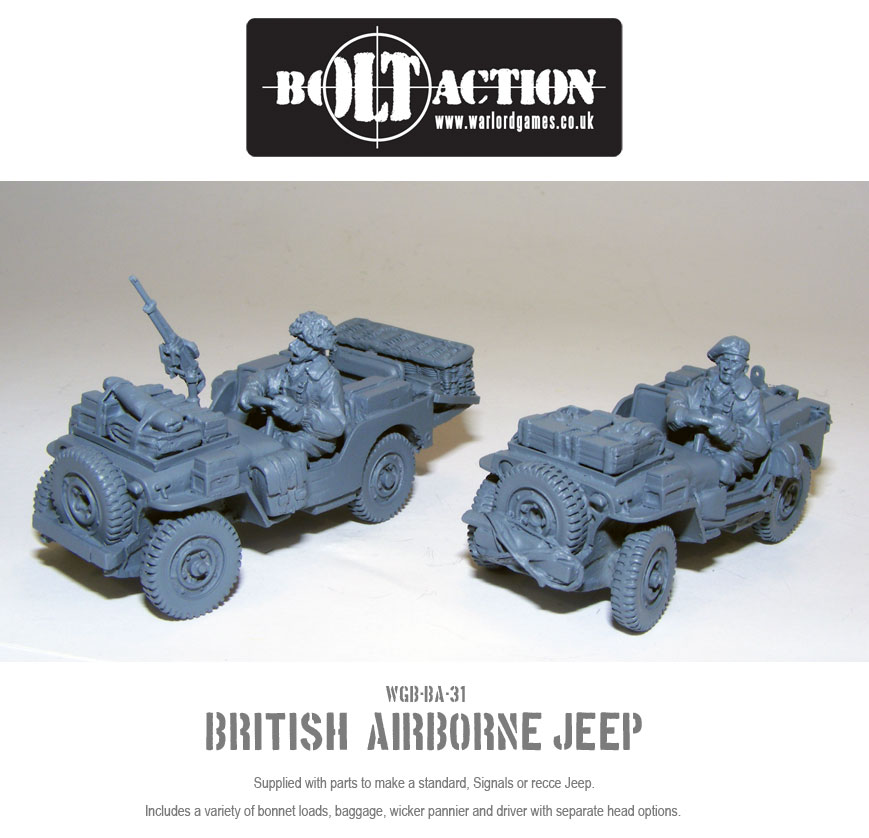 As you can see from the photo above the kit comes with loads of options – wicker pannier holder, plenty of baggage, bonnet-mounted Vickers K MG and Jerry cans.

There are two different resin hulls so you’ll have plenty of scope to make your force look unique.

You’ll also notice that the driver, resplendant in his body armour,  has two separate heads (one sporting the trademark red beret and the other a Paratrooper helmet) to give you more variety as we know you’ll want several of these great little kits. 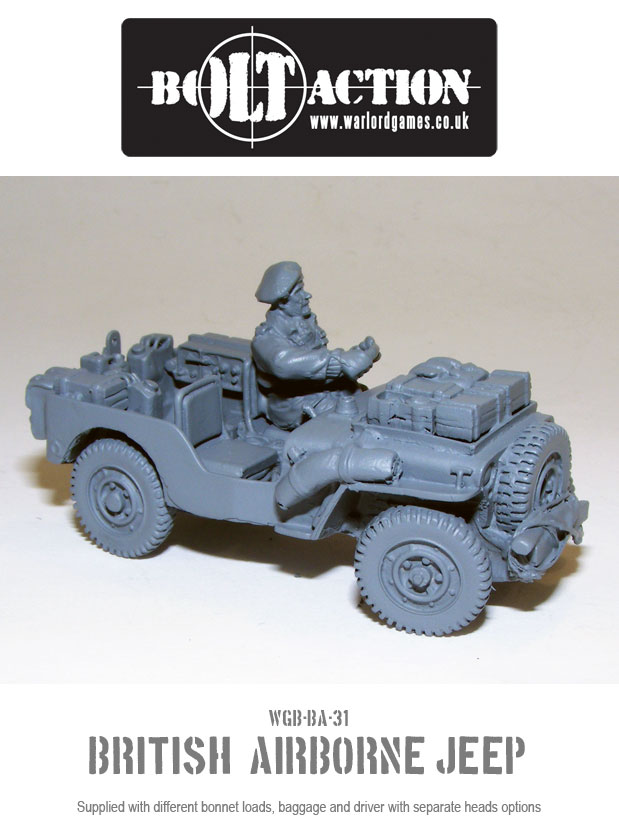 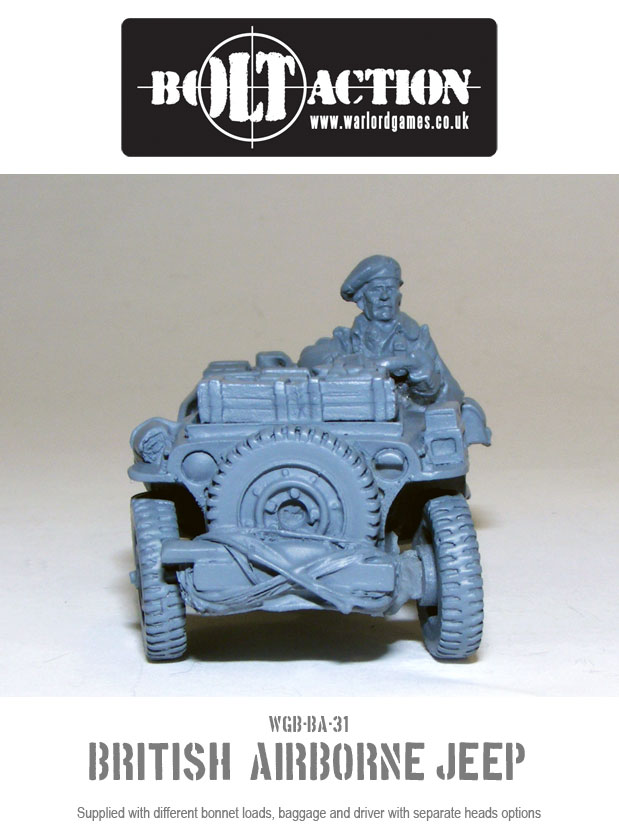 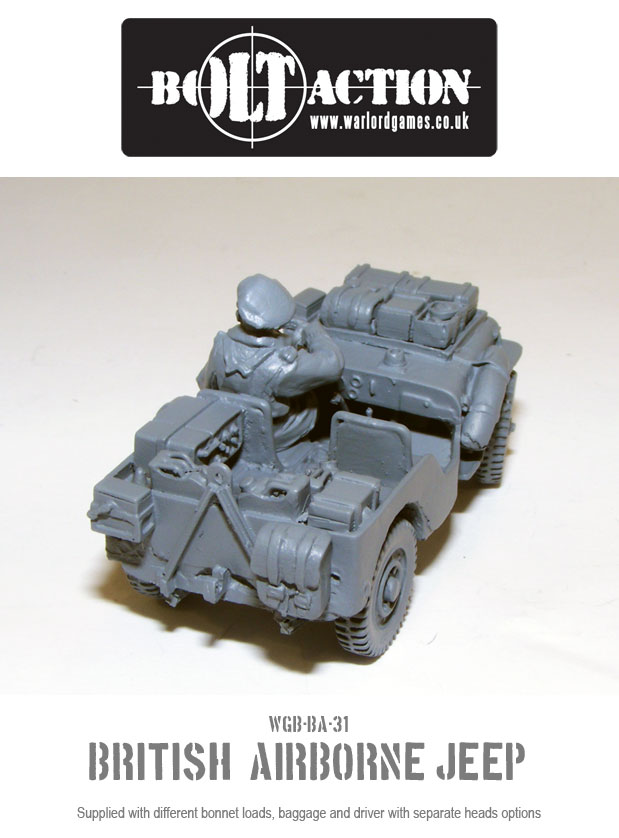 Specially modified to be flown in by glider these Jeeps provided the British Airborne with speed, extra firepower and the ability to tow light guns to where they were most needed.

The model shown below is built as a recce version. Mounting a Vickers K machine gun on the bonnet this gave the reconnaissance elements of the British Airborne mobile firepower.

From this one kit you can build your British Airborne Jeep as a Recce, Signals or standard vehicle. Ideal for moving your paras around the battlefield or towing that 6 pounder or pack howitzer to where they’re most needed! 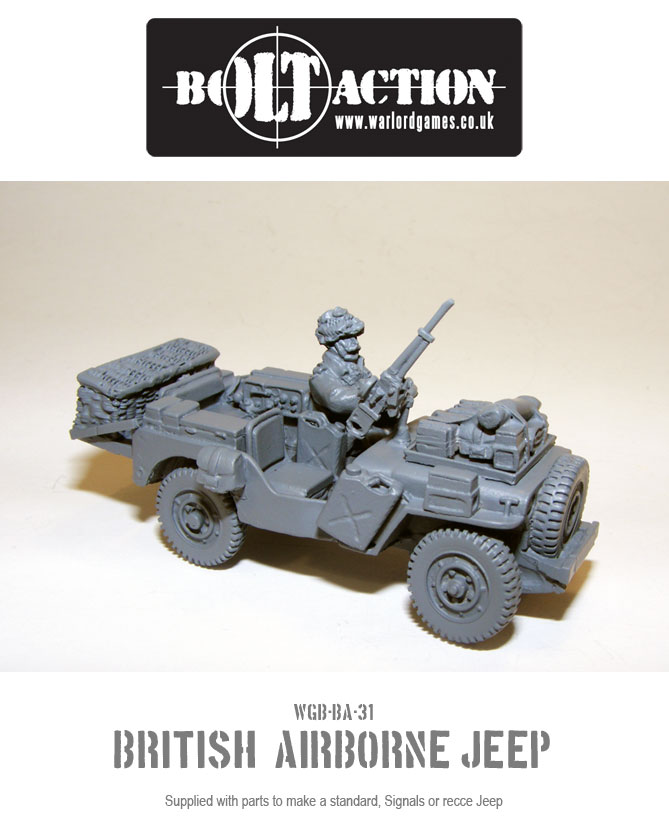 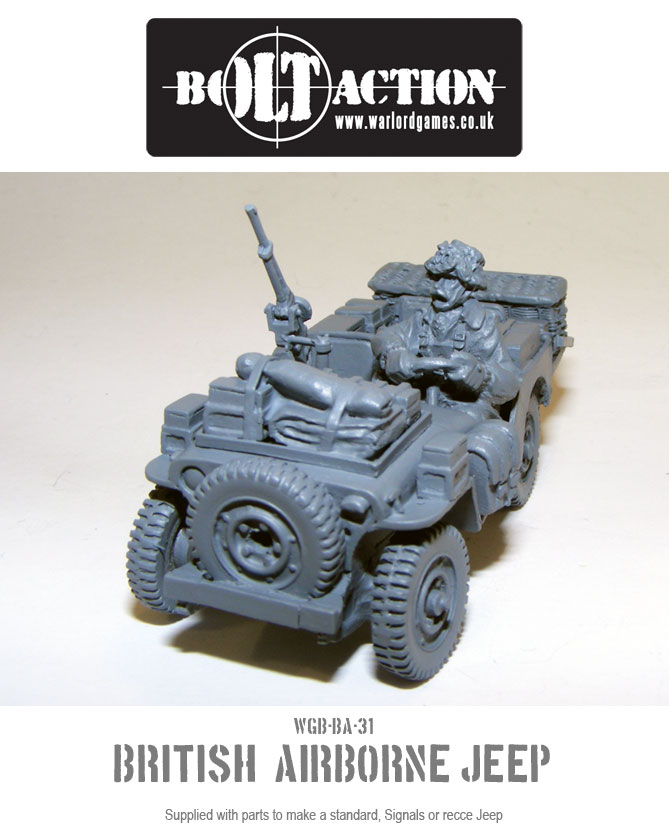 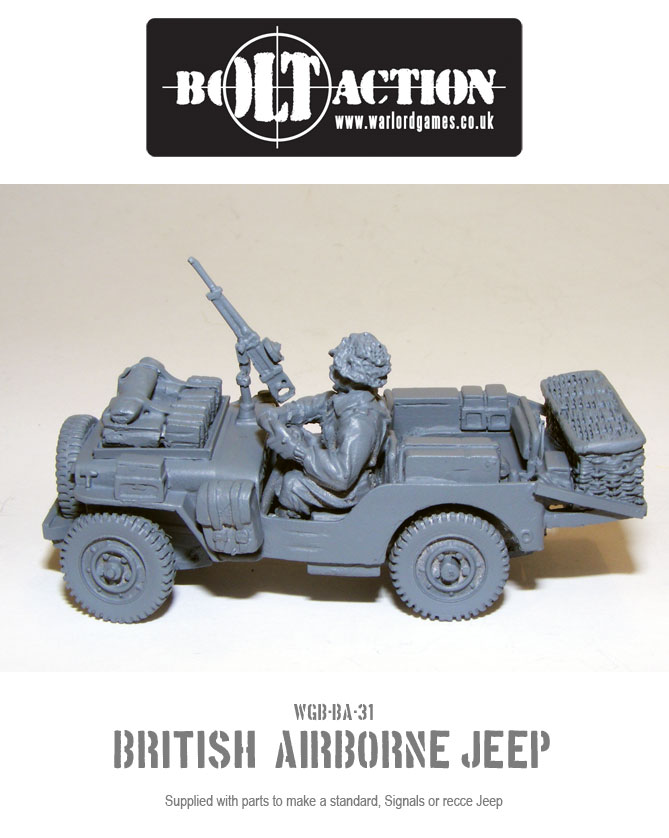 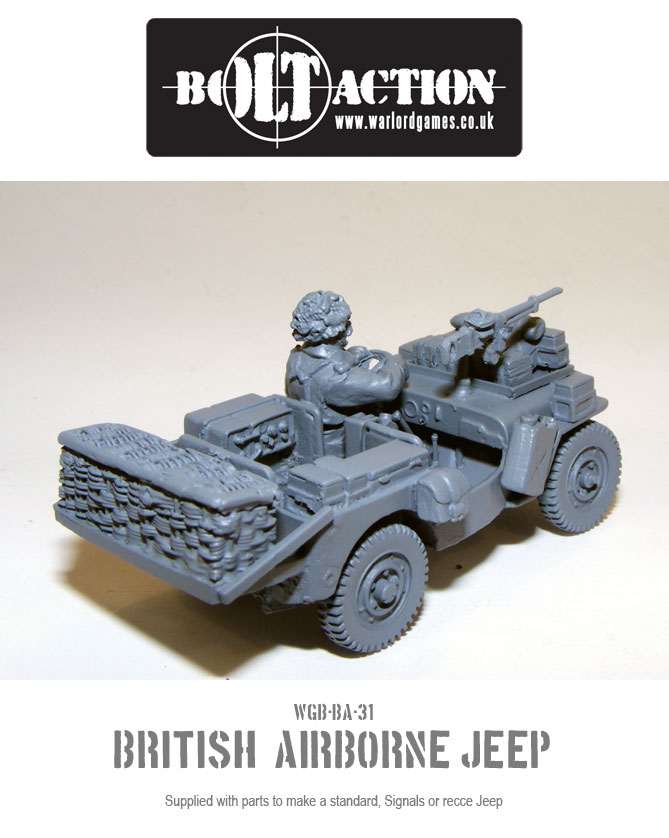 These excellent new vehicles are available in the Bolt Action British Airborne section of the Warlord Games webstore.

You can pick up the individual British Airborne Jeep for £12. Or you could properly equip your daring paras or perhaps recreate Freddie Gough’s recce squadron by taking advantage of our Recce Squadron offer (5 Jeeps and a FREE 10 man Airborne section) for £60.