Normandy, 6 June 1944. The Allies undertake the largest and most ambitious amphibious landings in history to return the fight to Western Europe.

With over 200 pages this new Campaign Book, written by Robert Vella, for Bolt Action allows players to take command of both Allied forces assaulting the beaches and inland defences and those of the axis manning such fortifications. Packed with new, linked scenarios, rules, troop types, and Theatre Selectors providing plenty of options for novice and veteran players alike. 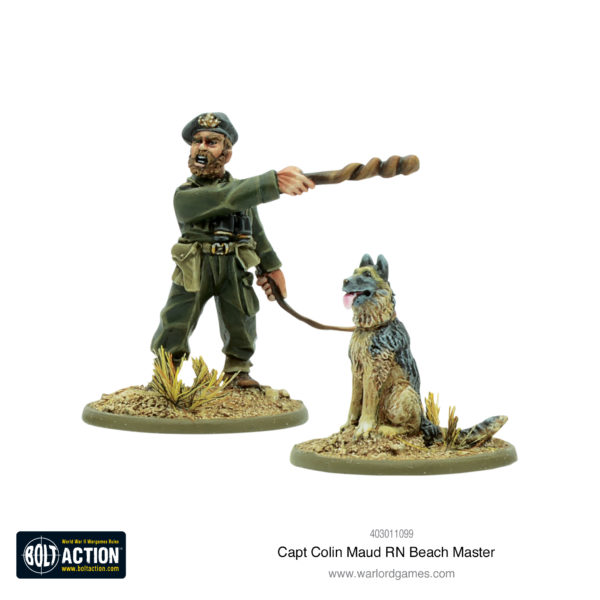 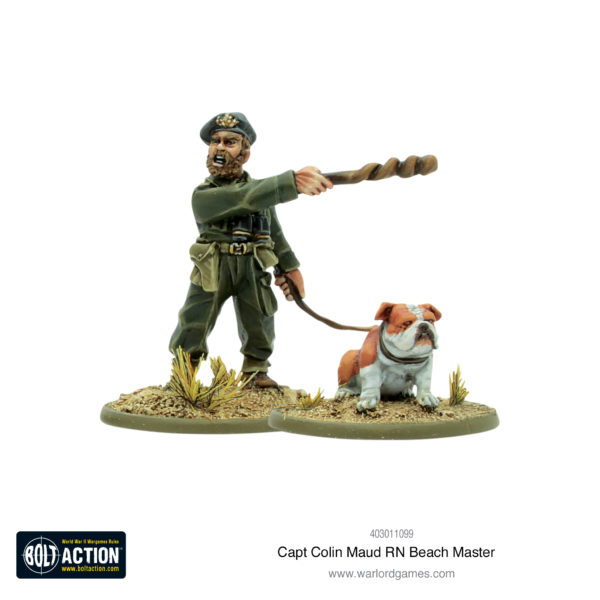 Modelled in action on Juno Beach with his faithful (real life) dog Winnie, a German Shepherd plus a bonus ‘The Longest Day Movie’ English Bulldog!

Capt. Colin Maud RN Beach Master DSO & Bar, DSC & Bar (21 January 1903 – 1980). Exceptionally bold and tenacious looking like a latter-day buccaneer he was described as “one of the most popular officers in the British Navy”

Portrayed by Kenneth More (1914–1982) in the 1962 film The Longest Day. Maud acted as a technical adviser on the film and provided More with the same blackthorn shillelagh (stick) he had carried on D-Day.

Keep posted on all the latest news, plus full details on the upcoming D-Day campaign soon, with our weekly newsletters. Sign up today:

Buy either a Bolt Action Band of Brothers, Blood Red Skies or Cruel Seas starter set and get one of the others for half price!