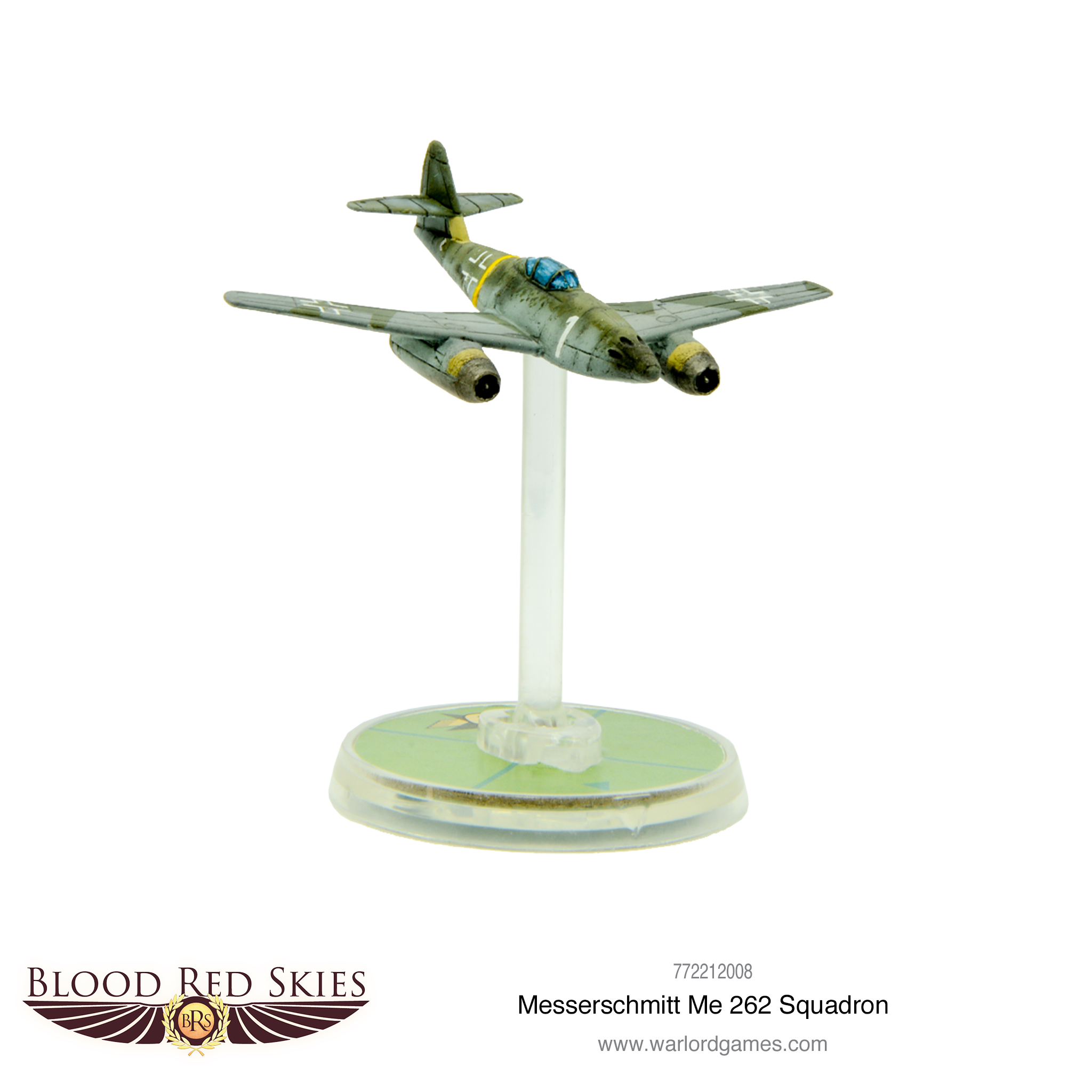 The Messerschmitt Me 262 was the first operational jet-powered fighter aircraft in the world. Though design work began well before the commencement of World War II, problems with development – from the engines to interference from the highest command levels mean that the aircraft did not reach operational status until mid-1944, too late to make the required impact. The Me 262 was more heavily armed than and outperformed every Allied aircraft in terms of speed. It served in a number of roles such as light-bomber, reconnaissance and experimental night fighter. It earned nicknames dependant on its role, dubbed Schwalbe (German for swallow) in fighter versions, or Sturmvogel (German for storm bird) in fighter-bomber versions. 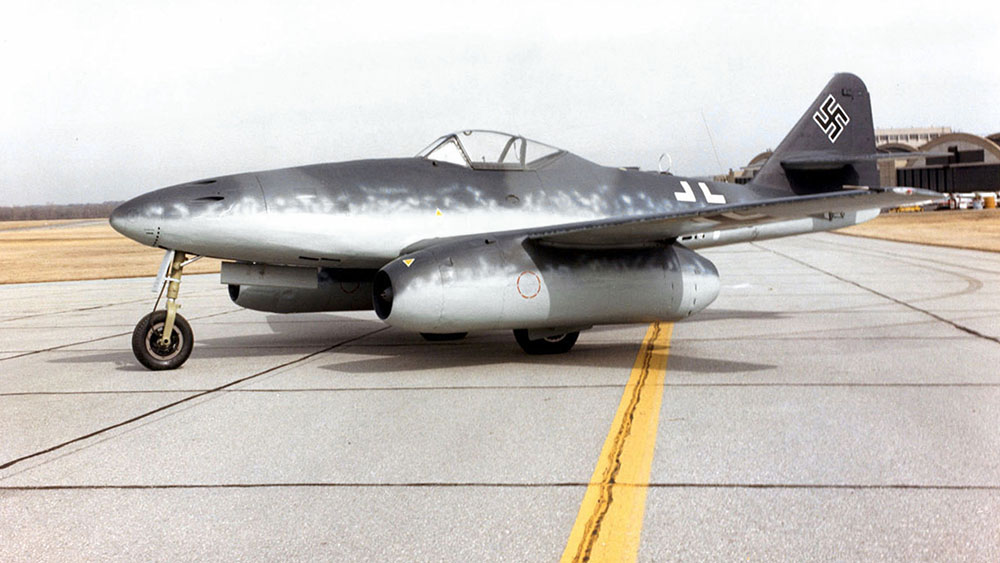 Though war records are sketchy pilots of the Me 262 claimed more than 542 Allied aircraft downed. Its phenomenal speed made it an extremely difficult target to intercept, however at lower speeds the 262 suffered from diminished performance due to the limitations of thrust provided by the early jet engine. Allied pilots soon learned to take advantage of this trait by attacking the aircraft at its most vulnerable during take-off and landing. Whilst airborne, Me 262 pilots were relatively safe from Allied aircraft provided they did not get drawn into low-speed manoeuvring contests.

In targeting enemy bombers, new tactics needed to be developed. Head-on attacks would not work, as the closing speed did not pair well with the rate of fire of the mounted Mk 108 cannons. When engaging bombers, Me 262 pilots developed a ‘broadside’ attack approach.

The effect of the 262 on the outcome of the war was compromised by its late entry. By 1944, German armament production had shifted to more easily producible, and cheaper aircraft. Only a small number of Me 262s saw service, with reportedly only a maximum of 200 operating at any one time. Nevertheless, the aircraft influenced post-war military jet development, captured examples being extensively tested by the post-war major powers. 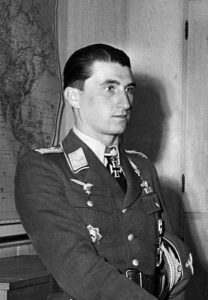 Walter Nowotny (7 December 1920 – 8 November 1944) was an Austrian-born fighter ace of the Luftwaffe. Credited with 258 aerial victories over 442 combat missions. He achieved 255 of these victories over the Eastern Front whilst flying predominantly the Focke-Wulf Fw 190 but also the Messerschmitt BF109. He scored an “ace in a day” on several occasions – five enemy aircraft shot down in a single day. There were even two occurrences of “double-ace in a day” – 10 kills in a day. His final three kills were in the Messerschmitt Me 262.

Nowotny joined the Luftwaffe in 1939, completing his fighter pilot training in 1941. He was posted to Jagdgeschwader 54 “Grünherz” (JG 54) on the Eastern Front. Here, Nowotny was the first pilot to achieve 250 victories – 194 of them over 1943 earning several decorations. He was then prevented from flying for several months for propaganda reasons but was reinstated to front-line service in September 1944.

Nowotny tested and developed the 262 jet fighter as commander of a specialist unit named Kommando Nowotny. The unit had to grapple with the continuing development of the aircraft as well as creating new aerial tactics suitable for a jet aircraft. Nowotny’s first kill in the 262 was a B-24 Liberator bomber on 7 October 1944.

On the 8th November, Nowotny engaged a large enemy bomber force singlehandedly, after a problem with his turbines prevented him from taking off with other aircraft. He reported over radio downing a B-24 Liberator and a P-51 Mustang before radioing with his final words – either “I’m on fire” or “it’s on fire”. It is not known whether he was shot down or suffered engine failure. In the wake of his death, the first operational jet fighter wing was named in his honour… 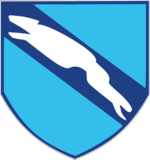 Jagdgeschwader 7 (JG 7) Nowotny the first operational jet fighter unit in the world, operating the Messerschmitt Me 262 exclusively. Formed late in 1944, it operated till war’s end. III./JG 7 formed from Kommando Nowotny (the initial test wing for the aircraft) and remained the only element of JG 7 ready to operate.

Throughout its lifespan, JG 7 suffered from technical issues, training accidents, lack of fuel and new aircraft, all combining to permit only intermittent sorties against USAAF bomber formations. By the end of February 1945, they had claimed 45 bombers and 15 fighters, deemed as a success but too late to influence the war’s outcome.

March 1945 saw large scale attacks against Allied bombers, with the largest single attack of 37 Me 262s recorded. They engaged 1200 bombers and 600 fighters – this action marked the first use of the unguided R4M rockets. JG 7 claimed 12 bombers and 1 fighter and lost 3 of their own number.

The loss of Luftwaffe records makes it difficult to determine JG 7’s total aerial victories. It could be anywhere between 136 and 420 Allied aircraft. 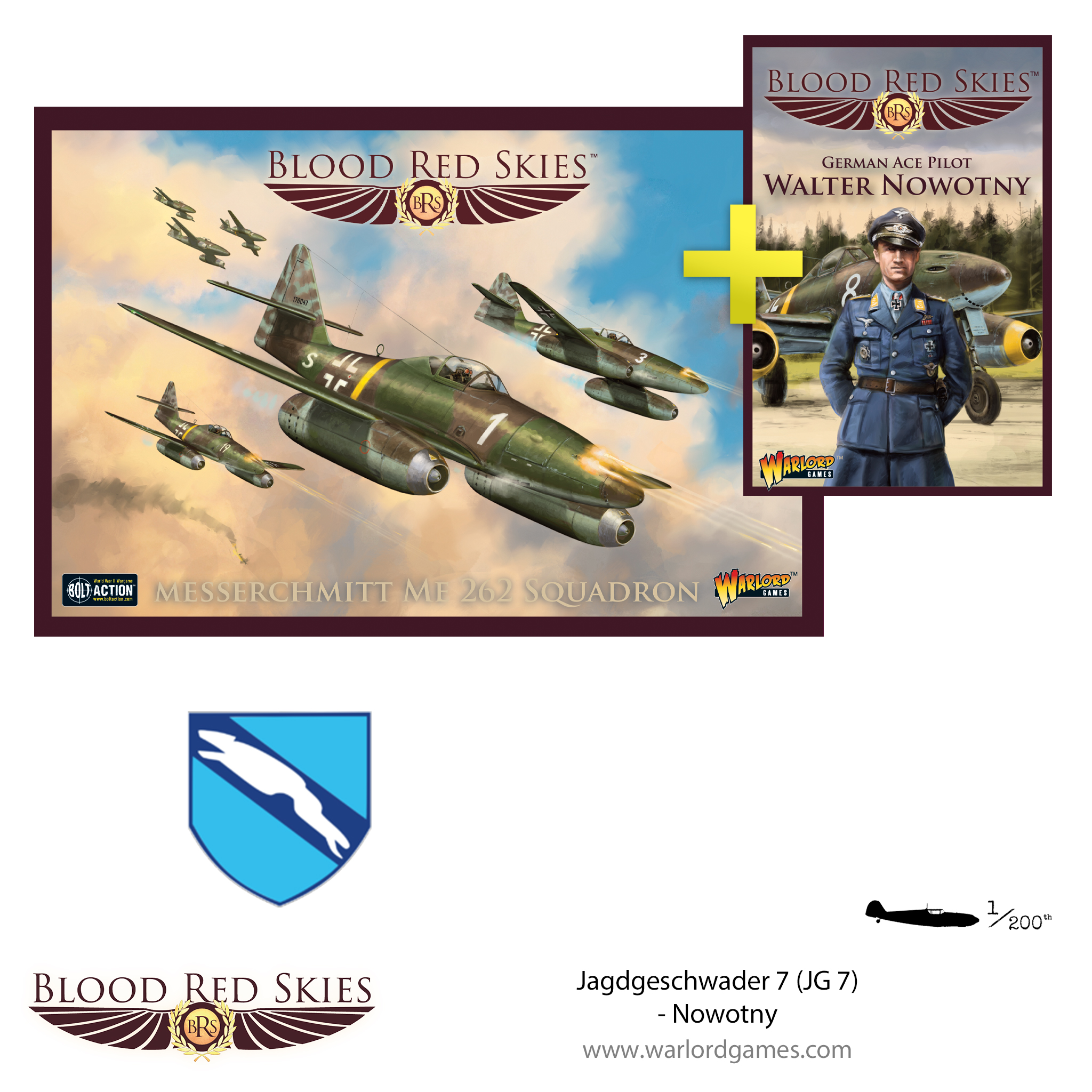