The 61st Fighter Squadron employed the P-47 Thunderbolt in the European theatre. The squadron produced a significant number of aces. 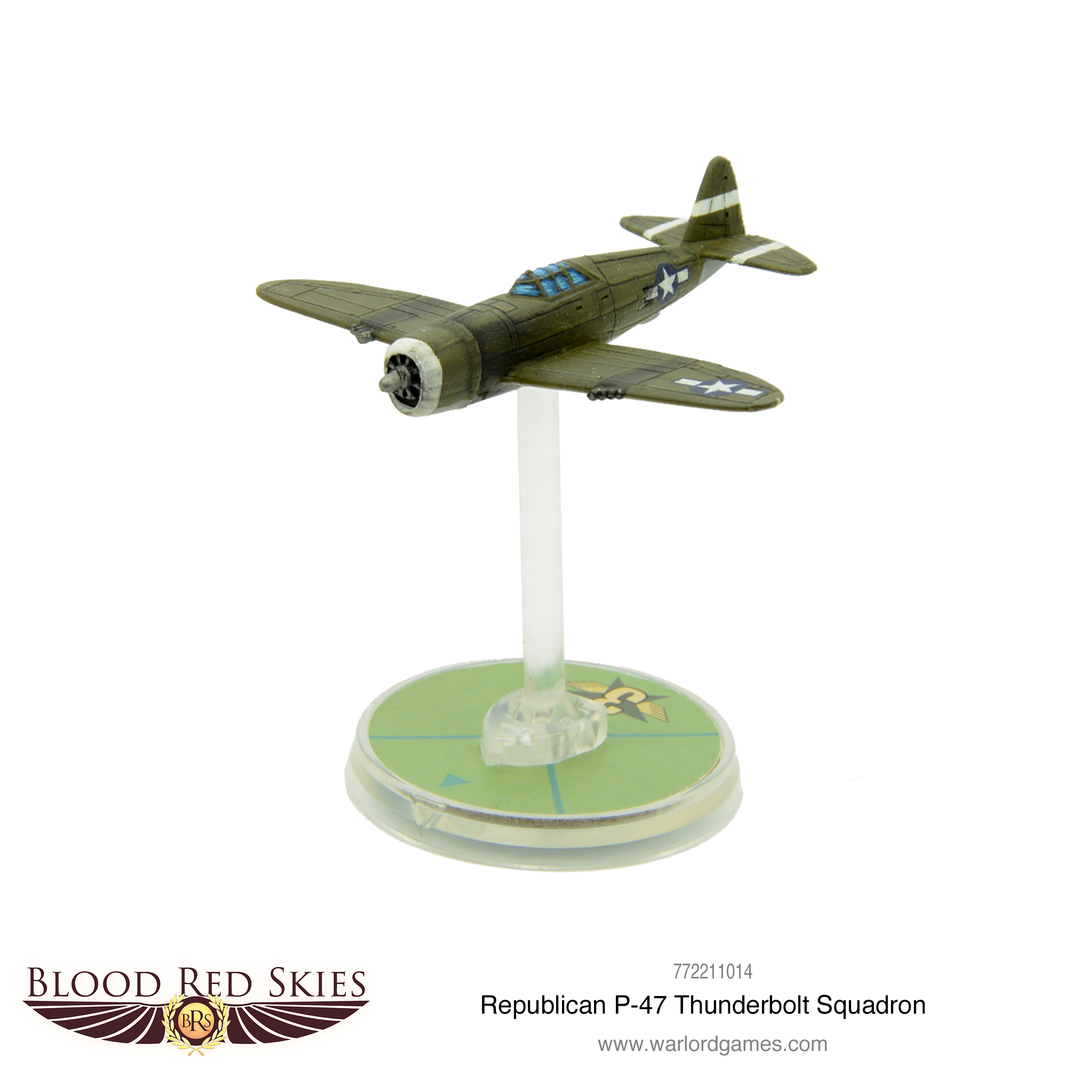 The P-47 Thunderbolt was a versatile US fighter aircraft produced between 1941 and 1945 operating in both the Mediterranean and Pacific theatres. In addition to eight wing-mounted .50-caliber machine guns, it was capable of carrying five-inch rockets or a bomb load of up to 2500 pounds. When fully-loaded up in this manner, the fighter was one of the heaviest of the entire war. However, this meant it could fulfil a number of roles – performing well as a short to medium range escort fighter as well as in a ground attack role. 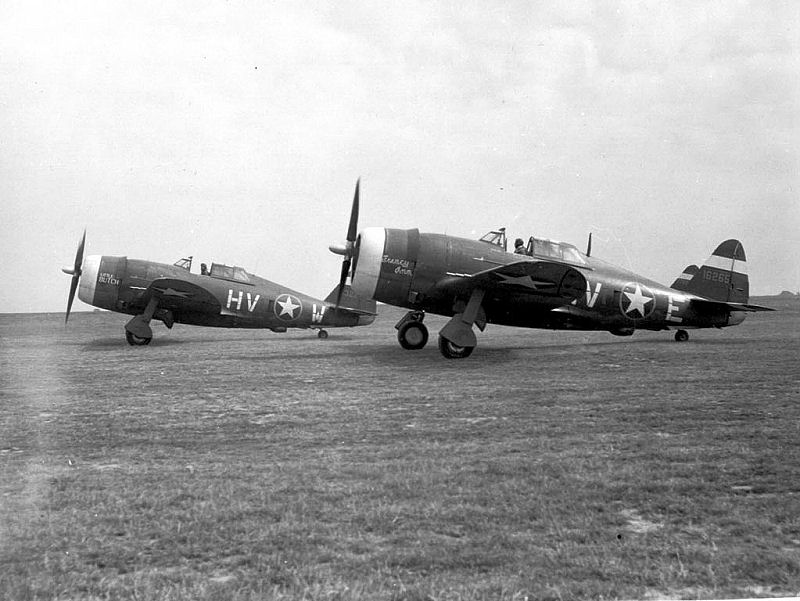 Thunderbolts of the 61st Fighter Squadron

The P-47 earned praise form its pilots for its roll-rate and dive speed, and its general performance at high altitude. This performance would suffer at lower altitudes, however, as the climbing and turning rate would become far from optimal. The P-47 was viewed as a very large lumbering aircraft, and German pilots soon learned to climb, rather than dive, when the silhouette of a Thunderbolt loomed from behind. The P-47 was also fairly rugged, capable of sustaining a fair amount of damage, and its cockpit was roomy and offered decent visibility – this was further improved with the introduction of bubble canopies on some variants of the P47-D.

The Thunderbolt ended the war with a total of 3752 air-to-air kills, having been deployed in all USAAF operation theatres (with the exception of Alaska). It also gradually became the primary fighter-bomber of the USAAF, with improvements in fuel allowing it to fly sorties as far as Berlin itself. The supposed tallies claimed by Thunderbolt pilots were astonishing; including 9000 locomotives, 6000 armoured vehicles and 68,000 trucks amongst others. They often employed the low-level skip-bombing tactic, to hit difficult secluded targets, such as rolling stock in tunnels. 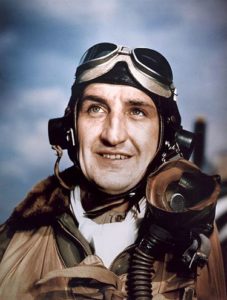 “Gabby” Gabreski was the top USAAF fighter ace over Europe during World War II and would go on to become an Ace of the Korean War (one of only 7 US pilots to become an Ace in two different wars) and a Colonel during his 26 years of military service. He was the son of Polish immigrants to Pennsylvania. Abandoning his second year at Notre-Dame University, Gabreski enlisted in the USAAF, though was not a particularly successful trainee.

Trained on the P-36 and P-40, Gabreski began flying sorties in the wake of Pearl Harbour to intercept further Japanese attacks, though they had withdrawn. Concerned that the US lacked experienced pilots, Gabreski volunteered and was accepted (as a Captain) on RAF duty with Polish pilots of No. 315 squadron. It was here he learnt the art of staying calm in combat.

On February 27, 1943, Gabreski became part of the 56th Fighter Group, flying the Republic P-47C Thunderbolt, assigned to the 61st Fighter Squadron, and despite resentment from his fellow pilots he was soon elevated to Major and took command of the Squadron on June 9th. In the cockpit of a Thunderbolt in the European theatre, Gabreski achieved 28 aerial victories, a total never surpassed in the theatre by U.S pilots engaged with the Luftwaffe. On June 20, 1944, Gabreski had achieved the 300 hours required flight time, but rather than go home (for his wedding) he took one more mission. Following damage to his propellers after a strafing run on a Luftwaffe airfield, he was forced to crash land. He managed to evade capture for 5 days before being sent to Stalag Luft III. 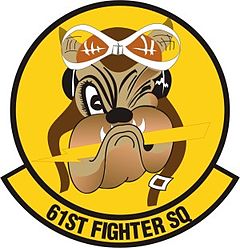 On 9 January 1943, the 61st Fighter Squadron was deployed to RAF Kings Cliffe (AAF-367), flying its first combat missions on 13th April. The squadron operated mainly as a bomber-escort unit, initially for B-17s and later B-24s, attacking targets in enemy-occupied Europe. The 61st produced 19 aces in this time, more than any other squadron in the theatre. Its pilots claimed 248 airborne aircraft as well as 67 on the ground. 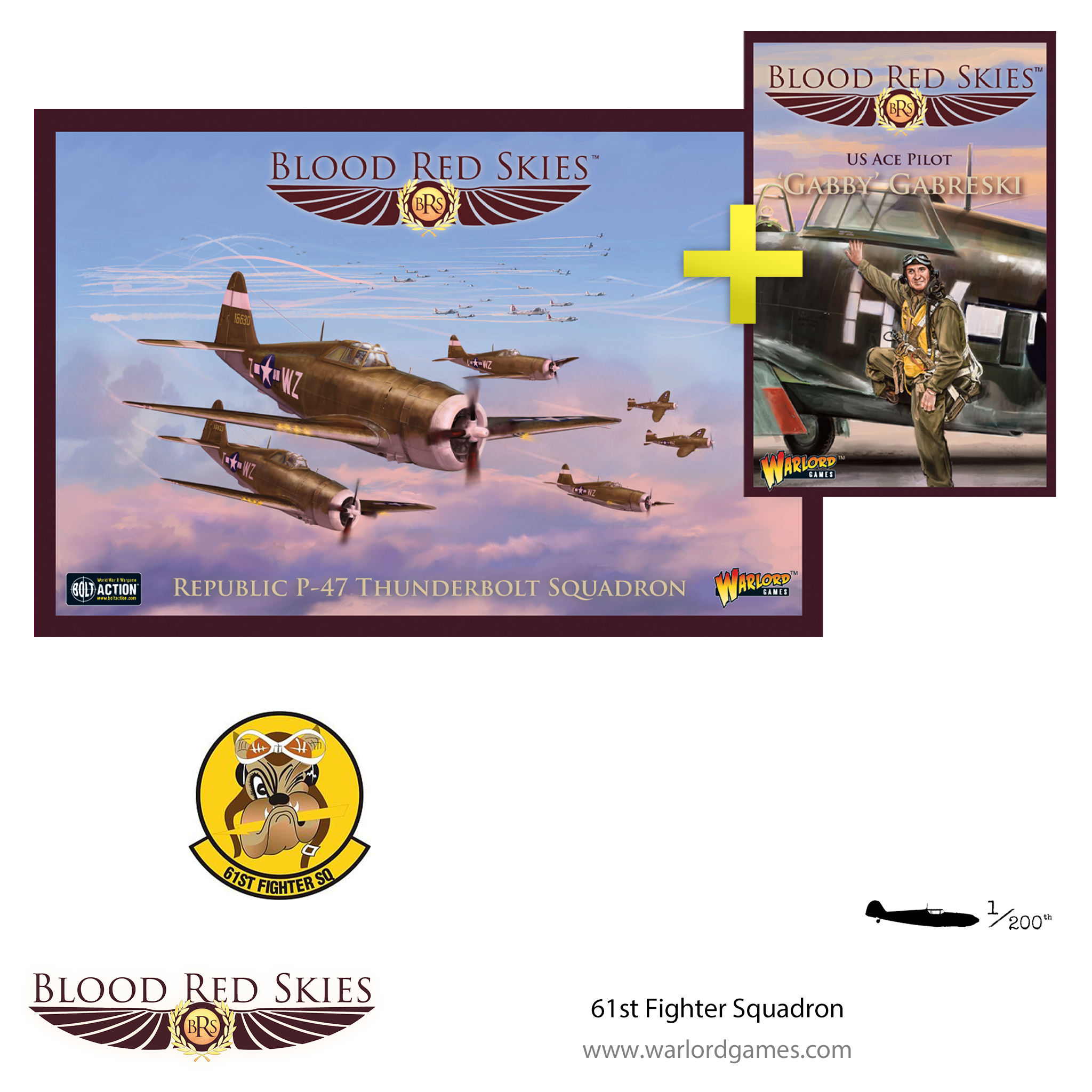 Dan can often be found contemplating the mound of unpainted minis building up under his desk. He has a tendency to roll lots of ones. He also has a tendency to complain about rolling lots of ones.
View Profile | View all posts by Dan Hewitson
Blood Red Skies: Jagdgeschwader 7 (Nowotny)
Blood Red Skies: 1st American Volunteer Group – “Flying Tigers” 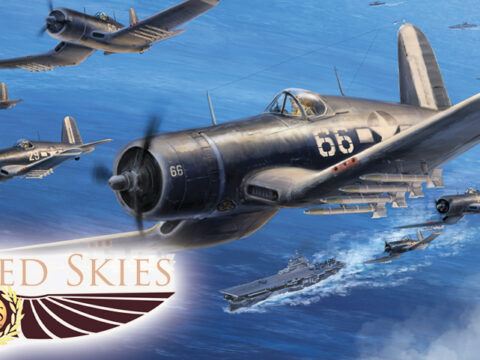