Battle Report: Free for all in Stalingrad

A what if situation arose and we see the Soviets fighting the Germans in their homeland and the city Stalingrad, with the U.S and IJA in the mix too!

The battle report was done by our German friend Uwe Schmitz; and here he gives a basic rundown of events that developed on the battlefield!

Uwe: Here are few pictures of my Stalingrad battlefield: 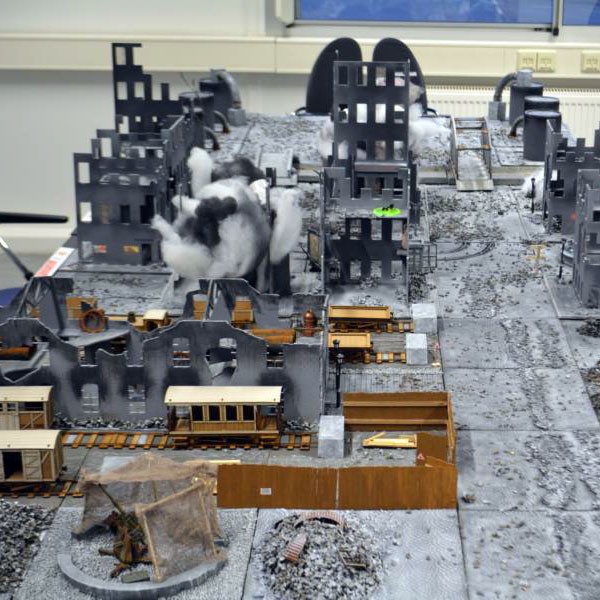 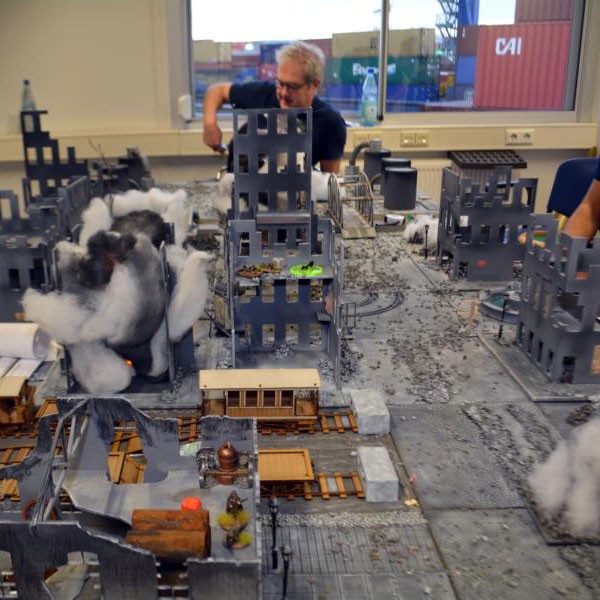 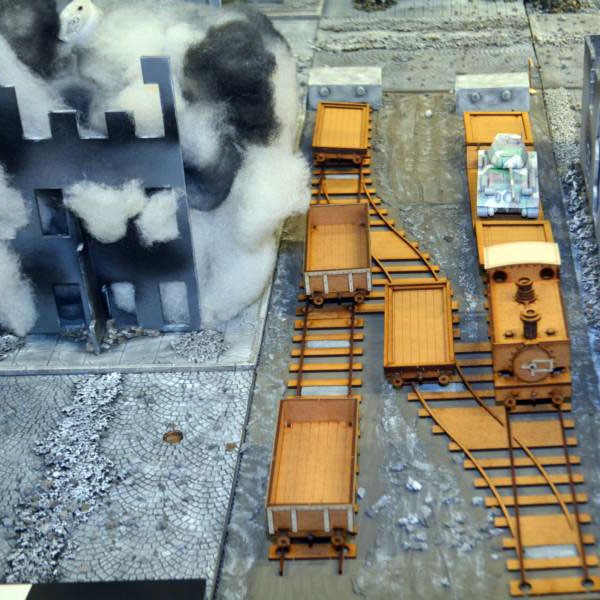 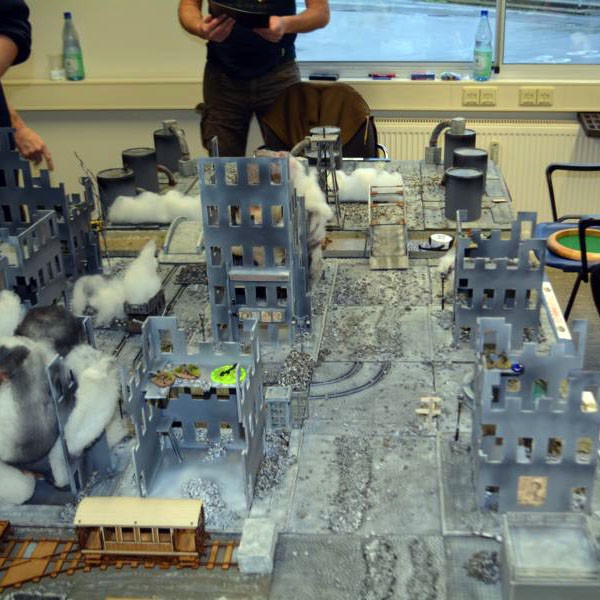 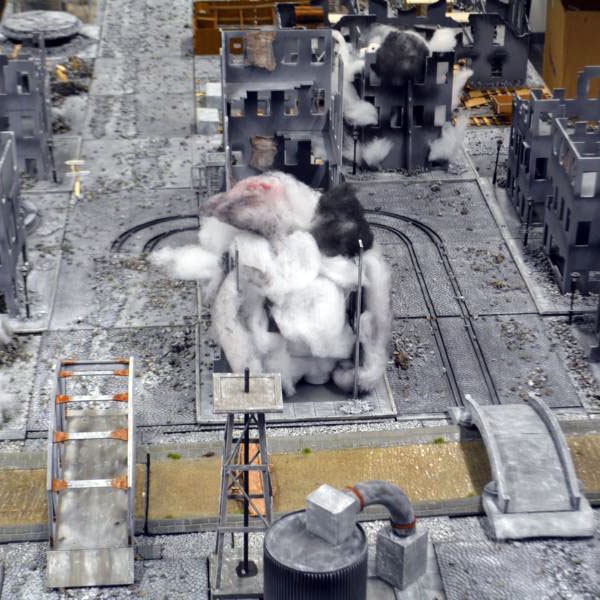 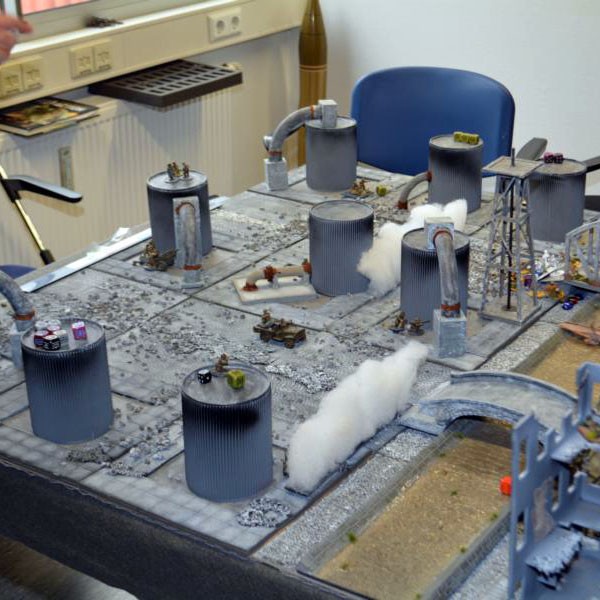 It was played with 6 players and a Game master; whom gave each player a secret mission that gave him additional victory points if they completed it. There were 2 Soviet armies, 1 American Expedition Corps, 2 German armies, and 1 Japanese Expedition Corps. Each player had their own starting point and a force of around 800 points. 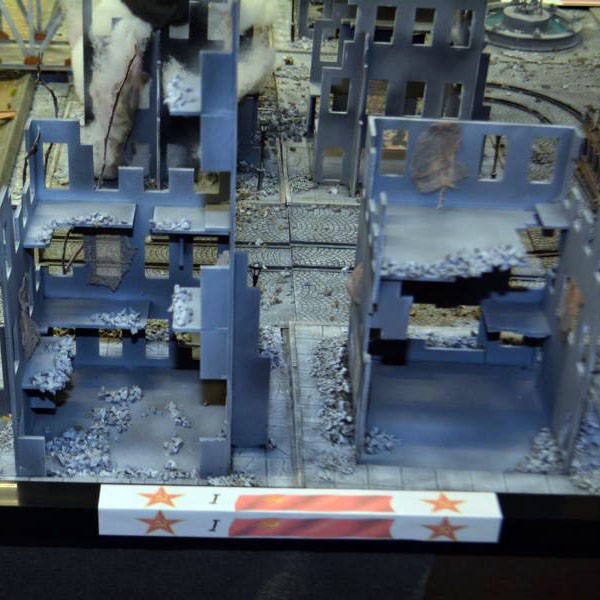 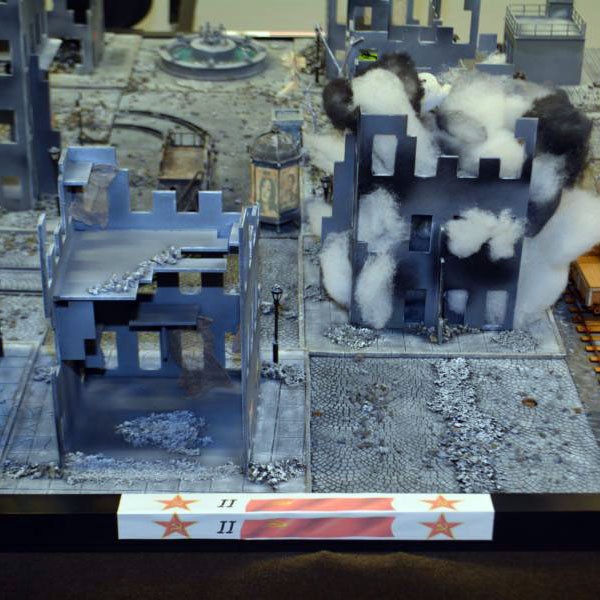 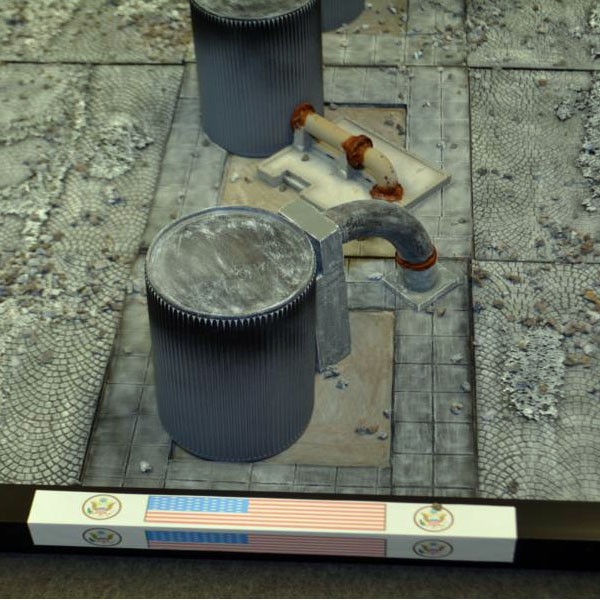 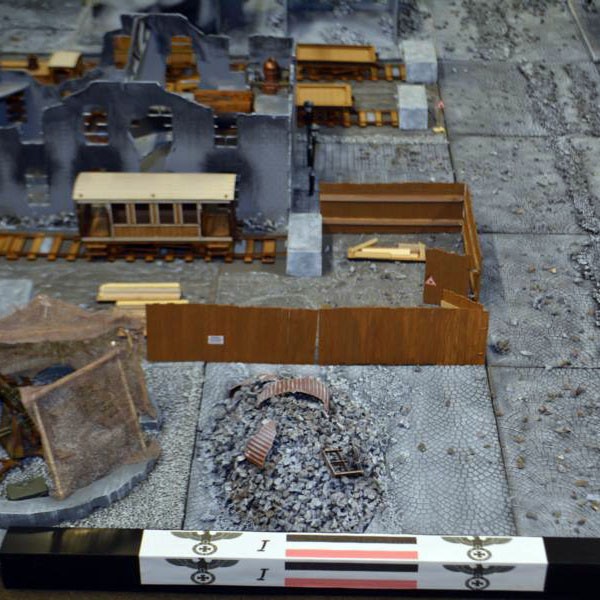 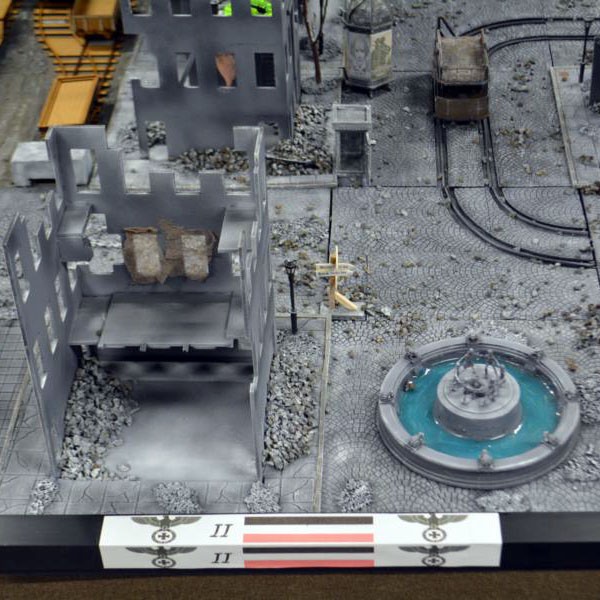 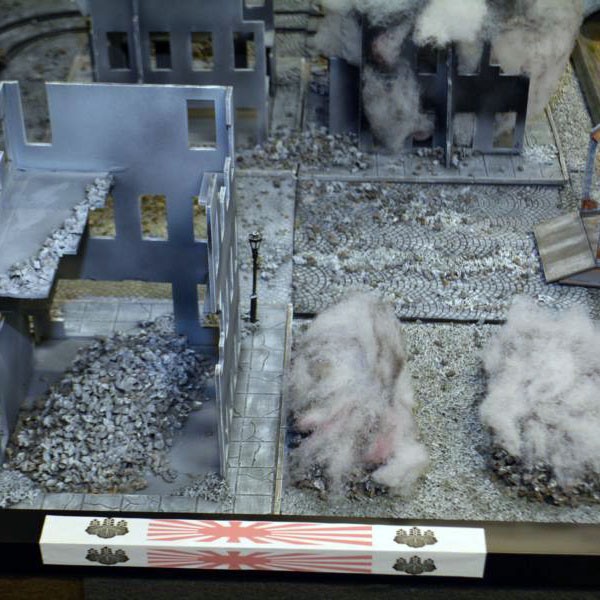 The battlefield was made up of 1.22 m x 1.22 m (4 ft x 4 ft) square sections, there were 3 of them and they each had their own style of terrain. One was a industrial section teeming with factories and the stench of oil and metal, another was the remains of a ruined city; where the echoes of the artillery shells can still be heard screaming down and the last section was a functioning petrol depot. 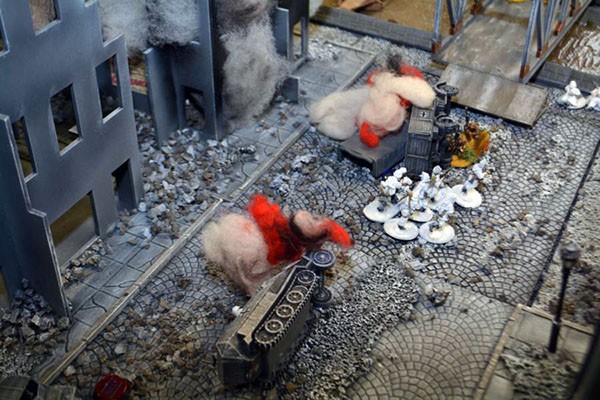 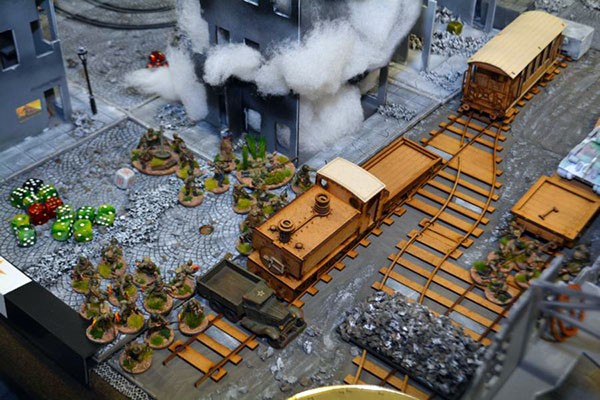 New Sarissa rolling stock made for a great in game objective 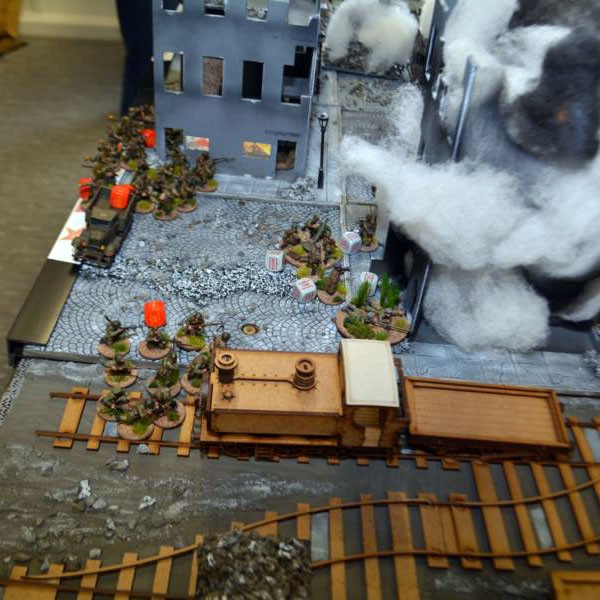 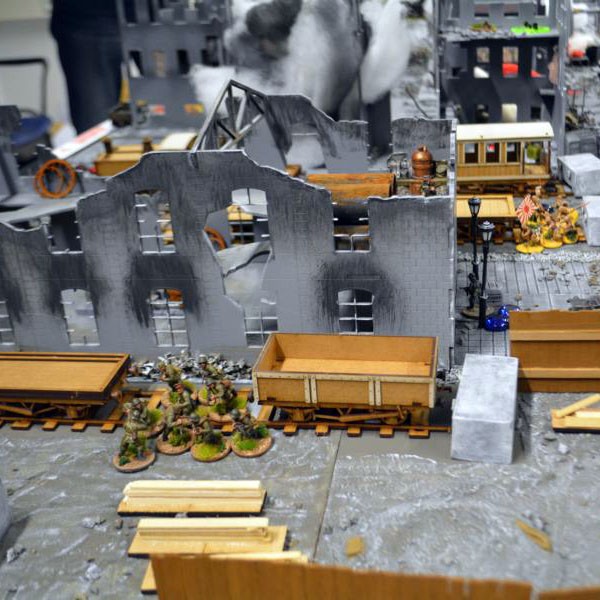 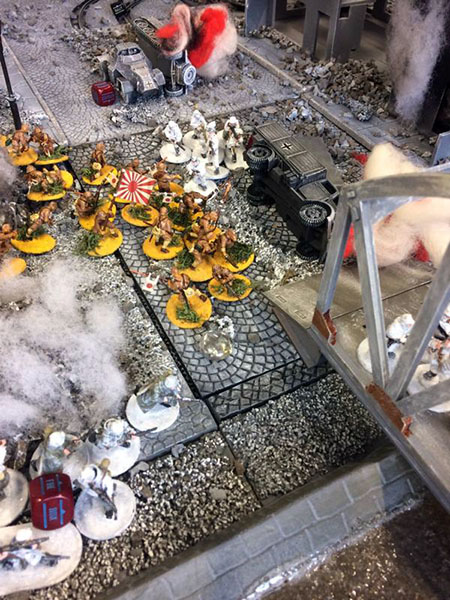 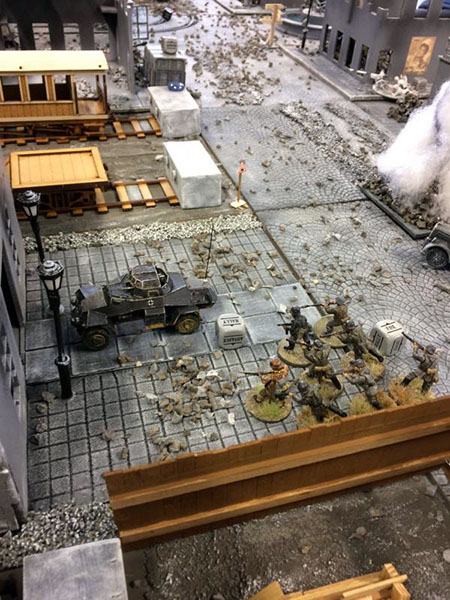 A couple of random factors were entered into the game at varying points which were thought up by the Games master. 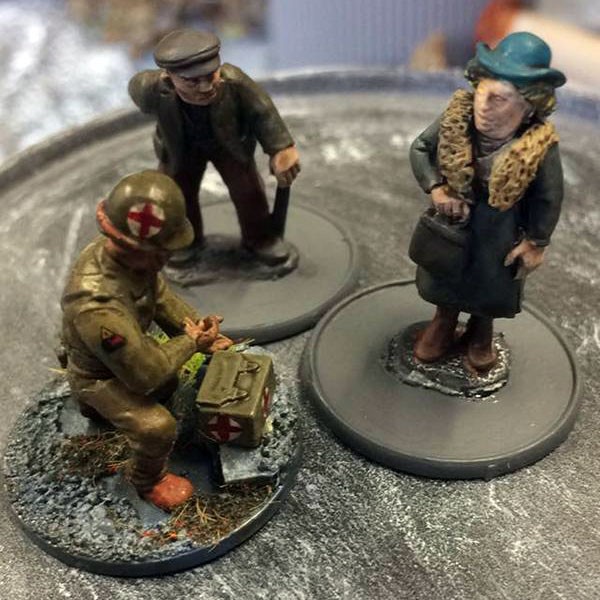 A few elderly civilians were trapped in a house, they had to be rescued and treated. 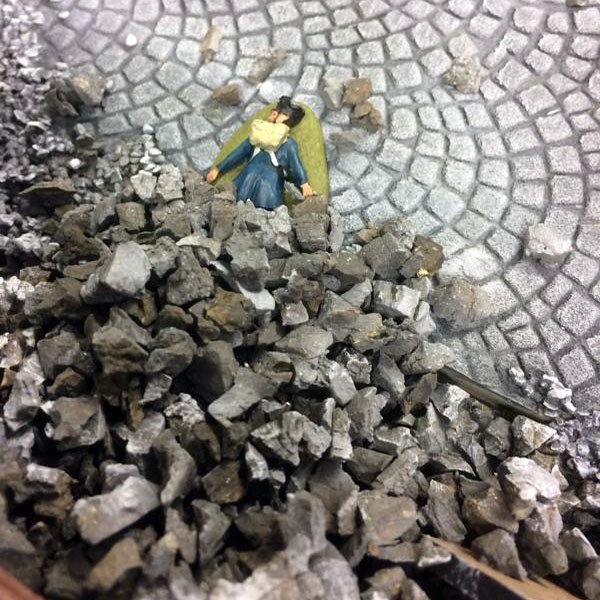 A dead soldier was fount buried under rubble but he isn’t from this time!.

We had a lot of fun and will definitely play again on the Stalingrad battlefield. 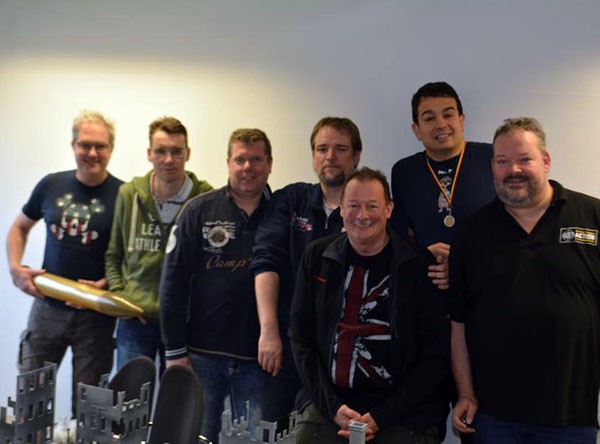 PS. I am the one with the Bolt Action shirt.