We could not resist offering our latest additions from 4Ground as an imposing three storey terrace street! 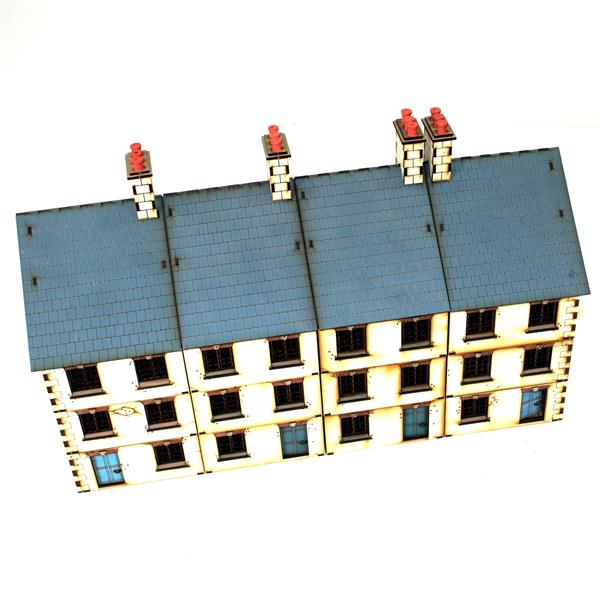 A really great piece of terrain designed to help you create a dynamic and interesting battlefield, whether it be as a Terrace attached to a farm or part of a huge city fight this makes quite a focal point on any battlefield.

These kits have many pre-painted parts and, as you would expect from 4Ground, comes to you with high levels of internal and external detailing. The external walls have seen a fire fight or two with optional damaged pieces; in places you are able to remove plaster for exposed  brickwork or even remove the bricks to make a loop hole and get a better firing position for your soldiers. 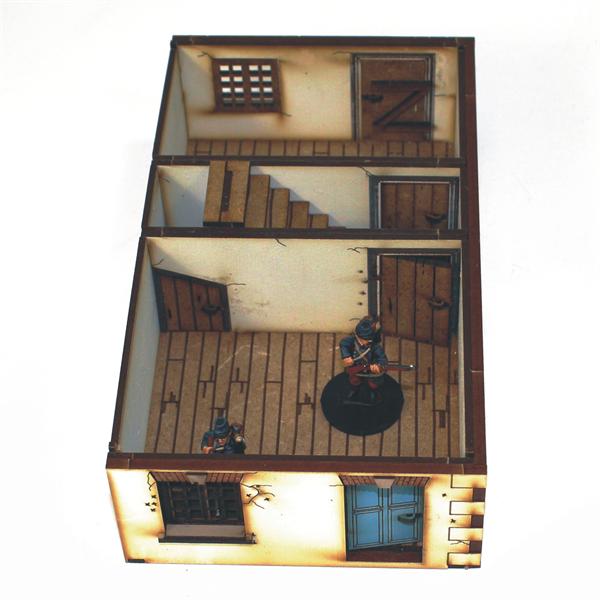 As usual each storey is removable allowing maximum in-game access to each one of the many rooms. Once placed floors are locked in with locator lugs in each corner. 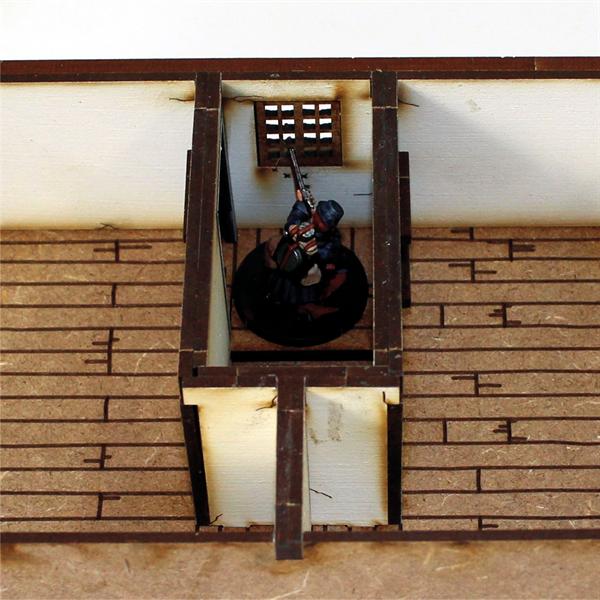 These sorts of building are not just suitable for WWII. Buildings like these became more and more common from the 1700’s onwards, making 4Ground’s World At War range very versatile terrain.

This street deal comprises of the following which as you can imagine is quite a saving from buying them separately!

These 28mm Scale models are supplied unassembled but pre-painted. Miniatures not included.

We also have lots of other pre-painted buildings from 4Ground which look great on a Bolt Action battlefield like the damaged terraced houses below. 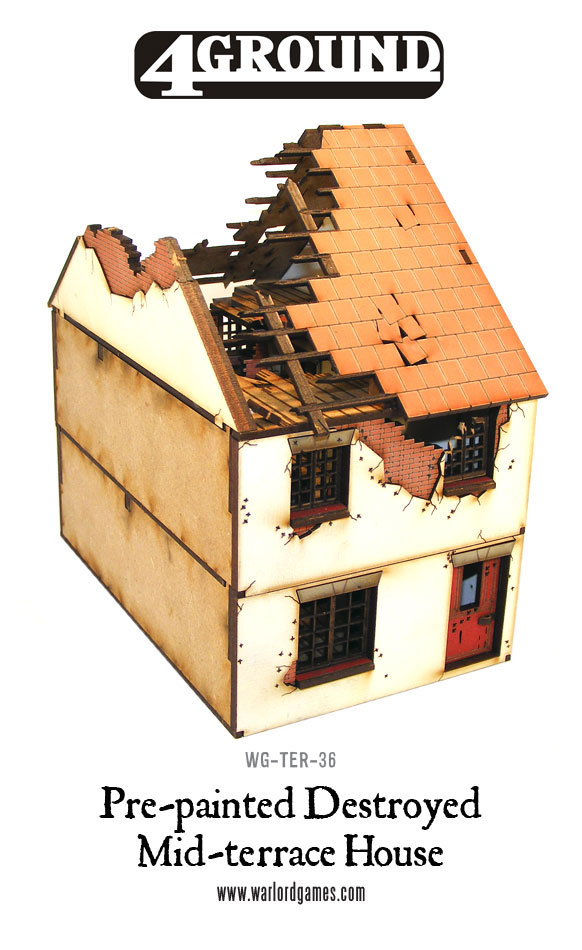 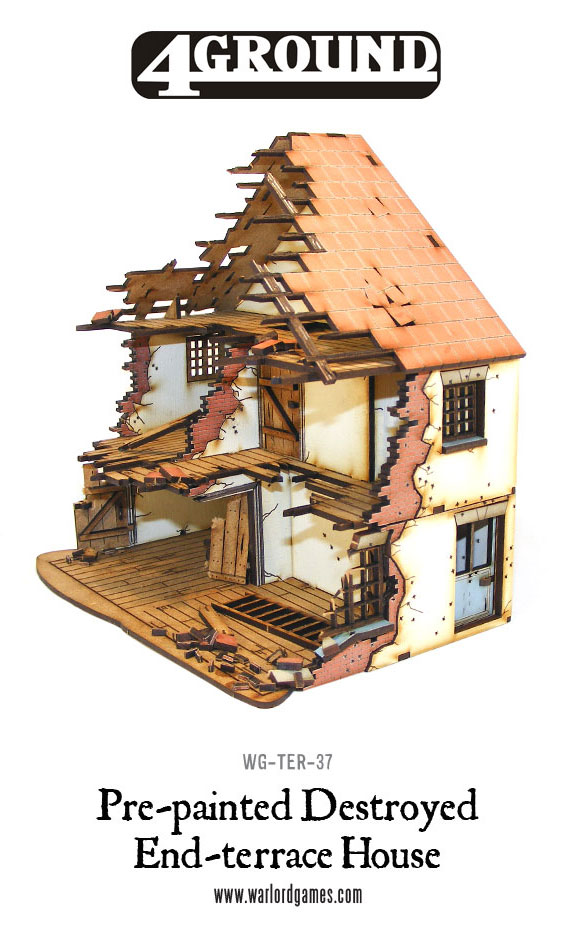