Andy Singleton of VolleyFirePainting has been preparing for a game recently involving a lot of reconnaissance units in his Bolt Action American list and shares with us some tactical advice for using the Recce rule (page 96 Bolt Action Rule Book). 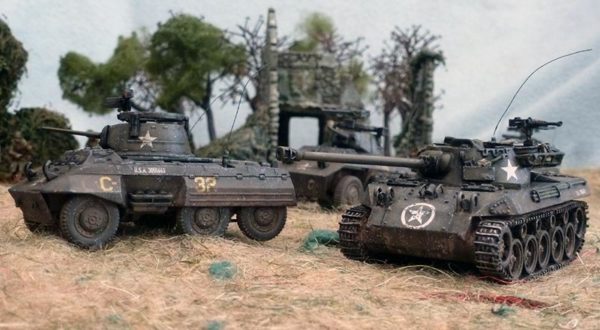 Andy: I’ve long wanted to do an American force for Tank War, as I’m a fan of pretty much every vehicle used by the United States during WW2 and the release of the lovely new plastic Greyhound and US infantry in winter clothing seemed to me to be the ideal launching point. 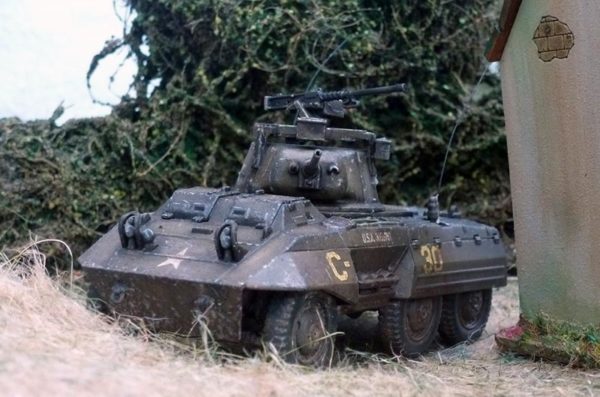 Initially my force is consisting of 3 M8s, backed up by an M18 Hellcat, with assorted infantry tagging along in trucks and jeeps. The biggest factor of this force is all the armoured units have the recce special rule, and as this is not something I’ve used a great deal, this army seemed to be the perfect place to experiment with it. 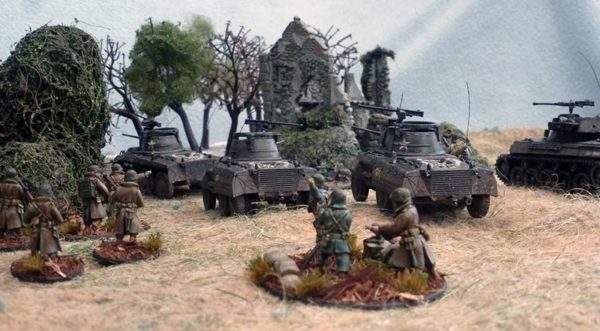 Being relatively unfamiliar with recce, my first port of call was to take another read of the Bolt Action rule book (page 95/96) to brush up on its application. What initially jumped out at me was how survivable a vehicle with the recce rule can be, as once per turn the vehicle can react to enemy shooting and make an escape move by reversing at a full basic move rate, with all the turns they are normally permitted when moving forward! It’s also worth remembering that you can make a recce move even when the vehicles has taken an action for this turn already…you just flip its order die to Down once you’ve completed the move. (If you’ve yet to place an order on the recce unit and you react by escaping then pull an order die out the bag and place it on ‘Down’.)

What this translates to is that you have the ability to sneak around terrain to get shots at opponents (preferably at side or rear armour within close range) before dropping back away from retaliation. Although the light armour and open topped nature of both the M8 and M18 mean that I will need to be very careful in my use of terrain, as even infantry small arms fire can place pins on my armour. 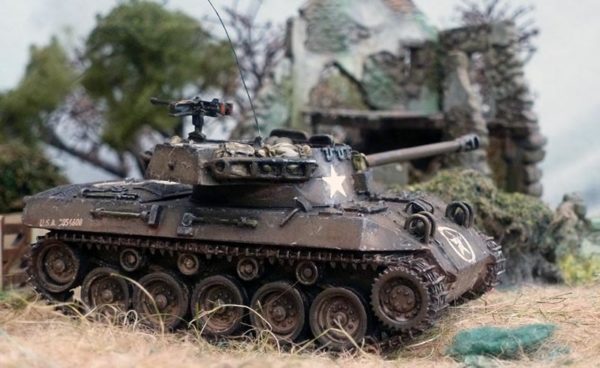 The M18 is a very special tank destroyer. This fantastic vehicle has a heavy anti-tank gun, with optional heavy machine gun and recce as options. I’m using both on mine so that it can hunt armour as well as keeping infantry at bay, whilst getting out of trouble when it needs to as well. Given the option within the scenario I’m thinking to use the Hellcat to outflank, as getting flank and rear shots on enemy tanks is always tempting. Having an armour of 7+ means even an HMG can damage the Hellcat so it really does need a bit of skill to plan its route, keep in cover with an escape route to hand. If an enemy attacking me can’t see me once I’ve reacted, or if I’ve moved back out of range, then their shot automatically misses or their assault fails!

Don’t forget either that a vehicle with the Recce special rule can spot Hidden enemy when it is set up or moves within 12″ of that enemy, instead of the usual distance of 6″. 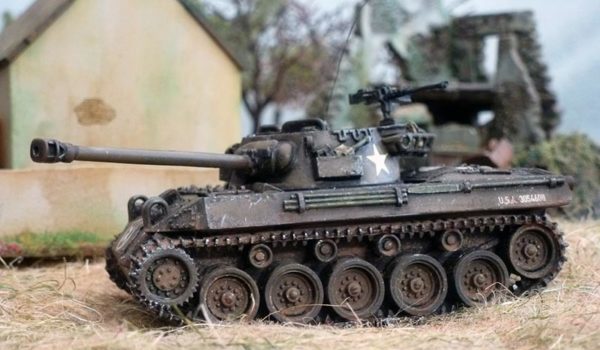 Outflank (maneuvering around to the side or rear of an enemy position) will be a powerful tactic for this force. The range and mobility of the Hellcat should be enough that, depending on terrain features, I should be able to control the battlefield from either side giving me great flexibility when deploying. This control effectively means that to move past my M18, even in the middle of the battlefield, my opponents armour will expose his side or rear allowing my Heavy Anti Tank Gun to get a very easy shot. My opponent will have to send his armour to hunt my M18 and open the way for my infantry to reach objectives.

The Greyhound is the bread and butter of the force – screening the M18 will be their primary roll. The M8 has an MMG, an HMG, a light anti-tank gun, and recce! By using the M8s to focus their fire on a target (especially a soft target like infantry) they should hopefully at least heavily pin an opponent’s units even if they aren’t generating kills, and their mobility will let them escape too much return fire. Being open topped again and armour 7+ they really can’t afford to take too much incoming… 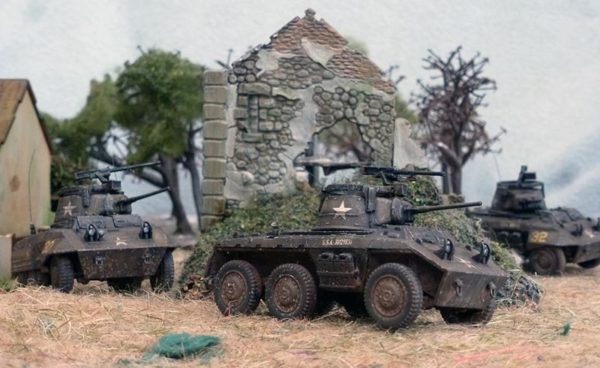 Given the amount of vehicles with recce in my force, coupled with the amount of fire power each of the vehicles is packing, using them in at least pairs seems the most appealing tactic at the moment. My plan being for each pair to head indirectly towards objectives with one vehicle using recce to get away from threats whilst the other provides covering fire. Hopefully the armoured element of my force will distract my opponents long enough for the infantry to deploy more directly to swoop in later in the game and secure the objectives.

I’m excited to get into more light armoured forces, especially with the new Duel in the Sun book about to arrive… Check out the army list options for your army as you may even get the special rule Recce (dual direction steering) allowing a Run Rate escape move for an especially quick get away – for example the Italian AB41 armoured car with a driving position facing both ways! 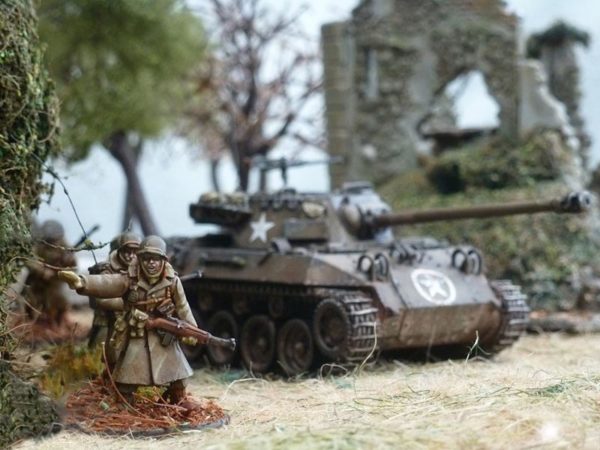 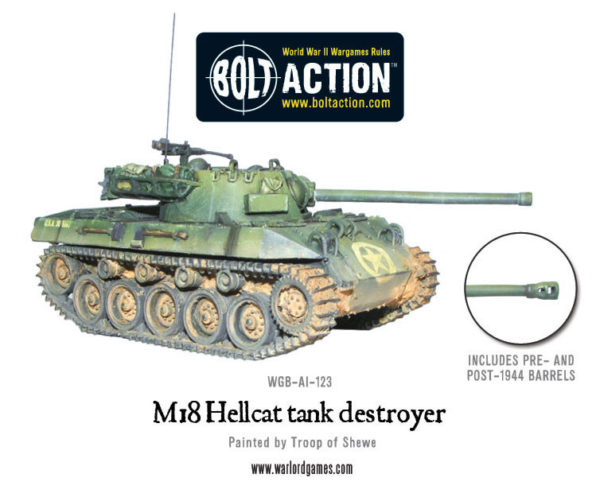 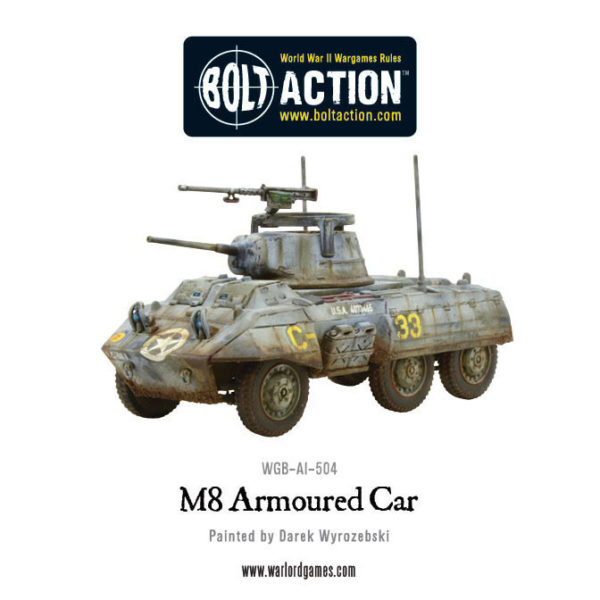 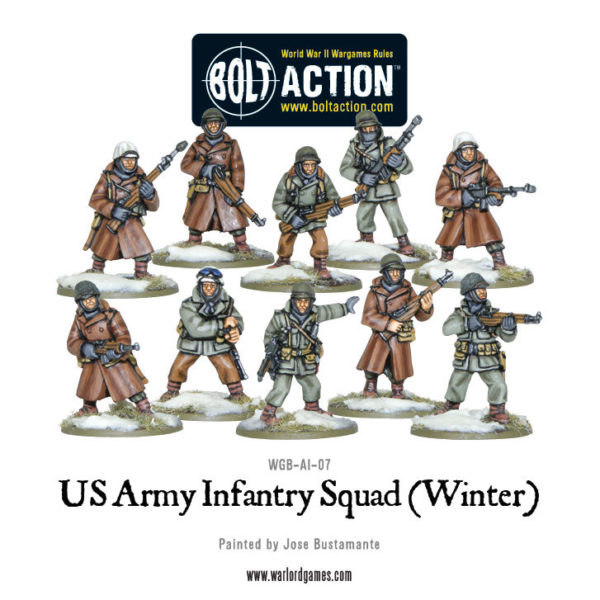 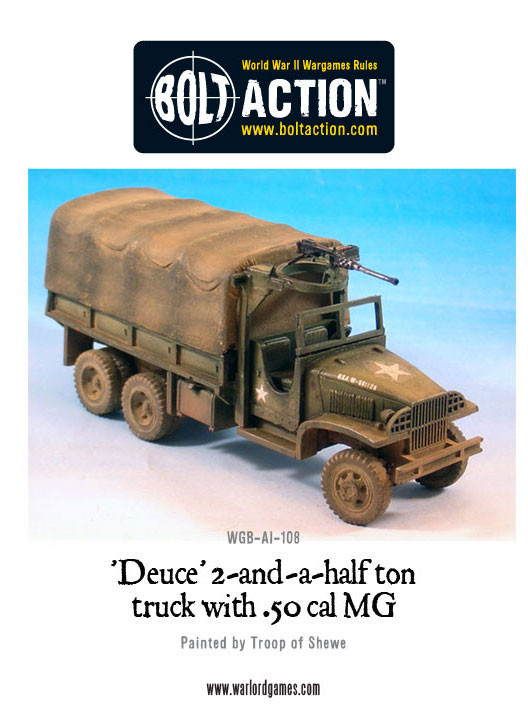