Spotlight: Battle of the Winwaed

This week, we’re heading back in time to take a look at one of the early medieval period’s forgotten battles – one that spelt the end of Saxon paganism. To the Winwaed!

From the Greek “Hept” – seven and “arch” – reign/rule, Heptarchy refers to the period of history where England was divided between seven squabbling kingdoms. 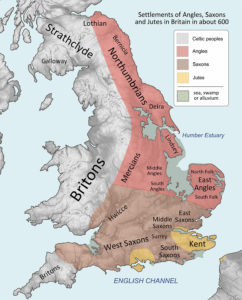 Our story begins with Penda, king of the Mercians. Crowned in 626, he would oversee Mercia’s rise to power over the neighbouring Northumbrians. Bede describes him as “a most warlike man of the royal race of the Mercians.”

Shortly before Penda’s coronation, the kingdom of Northumbria was the most powerful of all the British kingdoms, covering a large swathe of northern England and Southern Scotland. It was locked in a bitter struggle for control of its western border with Cadwallon, British king of Gwynedd.

By allying himself with Cadwallon, Penda was able to tip the scales against Northumbria, and after winning a great victory against them at Hatfield Chase, advanced his status to become king of Mercia.

Hatfield Chase broke the back of Northumbrian power and the kingdom was temporarily divided. Resting on his laurels, Penda abandoned his British allies and focused on campaigning against the kingdom of East Anglia, defeating them and killing their king.

Having defeated the British at Heavenfield in 634, Northumbria was in ascendant once again, and Mercia stood in the way of their plans for expansion southward.

When the two armies confronted each other at Maserfield, Penda led his forces to yet another victory, capturing and beheading the Northumbrian king Oswald. With Northumbria once again divided, Penda spent several years ravaging the countryside and besieging its towns.

Oswald’s brother, Oswiu had taken control of the northern half of Northumbria. Raised in the Gaelic parts of Scotland and Ireland, Oswiu was a devout Christian and found himself embroiled in conflict with his pagan neighbours in the southern parts of Northumbria and neighbouring Anglo-Saxon kingdoms.

Avoiding battle with Penda for the early part of his reign, Oswiu spent most of his time squabbling with his southern neighbours. In 655, the Mercian king invaded at the head of a large army, aiming to crush Oswiu’s Christian kingdom and stop the spread of the religion in his pagan lands.

The two armies met at the Winwaed, somewhere in West Yorkshire. Penda’s force was riven by unrest with many of his allies deserting him in the run-up to the battle. While crossing the river, Penda’s forces were set upon and destroyed by Oswiu’s smaller force of Northumbrians.

Thirty Mercian chieftains, including Penda himself, lost their lives, with many of his footsoldiers drowned in the river, swollen by heavy rain. The battle of the Winwaed signalled the end of Mercian dominance and the demise of Saxon paganism in the British Isles.

The Battle of the Winwaed in Hail Caesar

If you’ve been inspired to don your mail and take up your shield, the best place to start is with the fantastic Shieldwall supplement! All of Penda’s major battles are covered with a scenario, complete with special rules for all the major players and their forces. 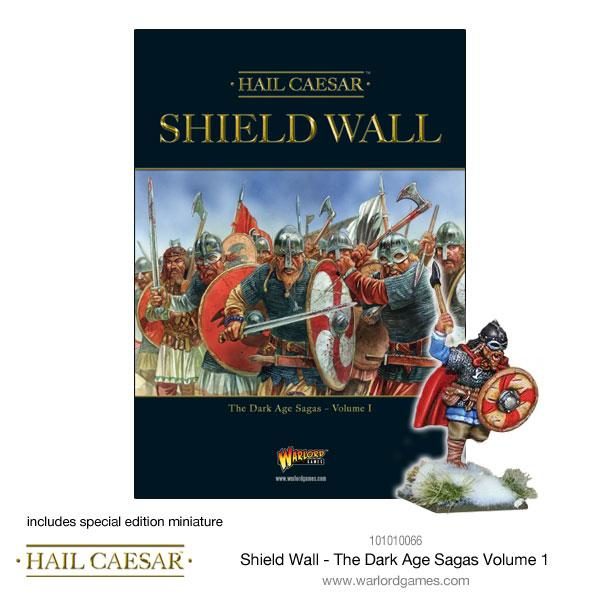 If you need to bulk out your battleline, the excellent Saxon starter army gives you a whole range of miniatures to expand your army! 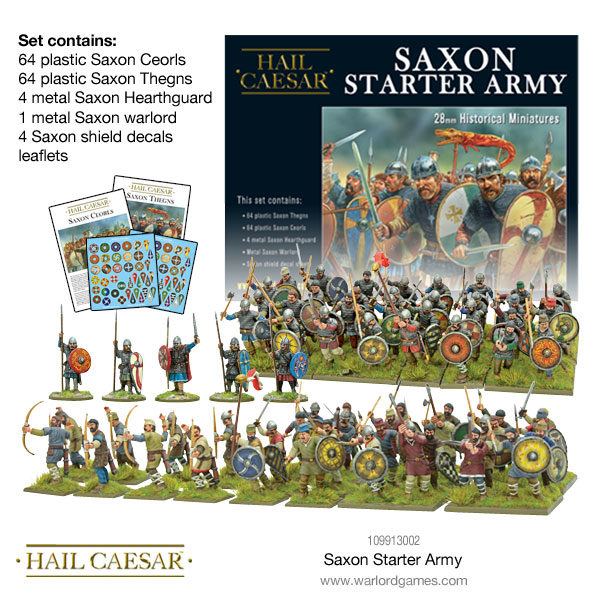