Prepare to devastate the enemy shore positions with the Soviet Bronekater pr.1125 with Katyusha! 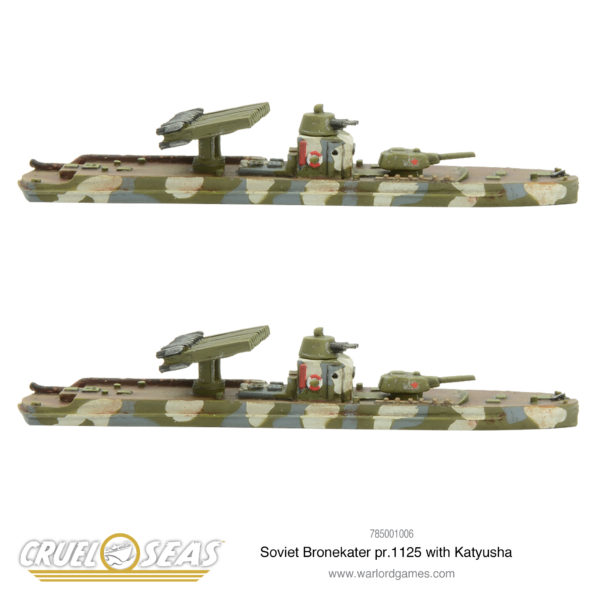 Often referred to as the “riverine tanks” or “Bronekater” the gunboats of the project 1124 and 1125 series played an important role in securing the large system of waterways of the Soviet Union.
Transportable by train from a river to other, it was designed to enter tunnels and cross bridges aboard wagon trains. 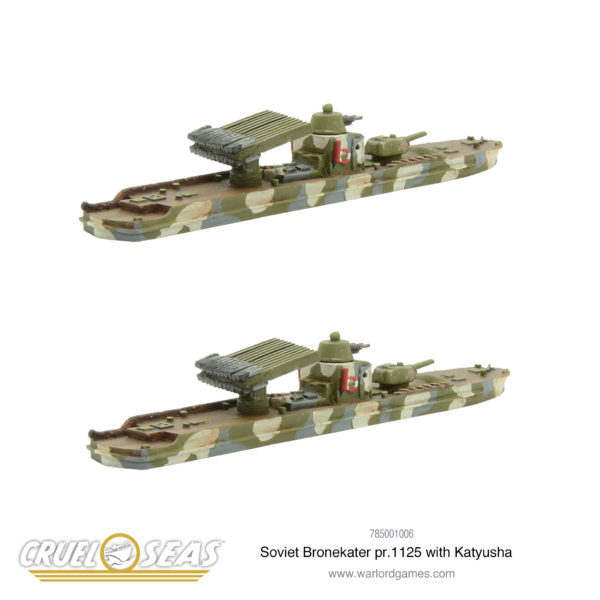 This model is of a rare ship that saw action as part of the Asov Flotilla during the Kerch-Eltigen Amphibious Operation, Kerch peninsula, Krim, November 1943

The Soviet Bronekater pr.1125 with Katyusha comes in a pack of two to boost your Soviet Navy coastal forces. 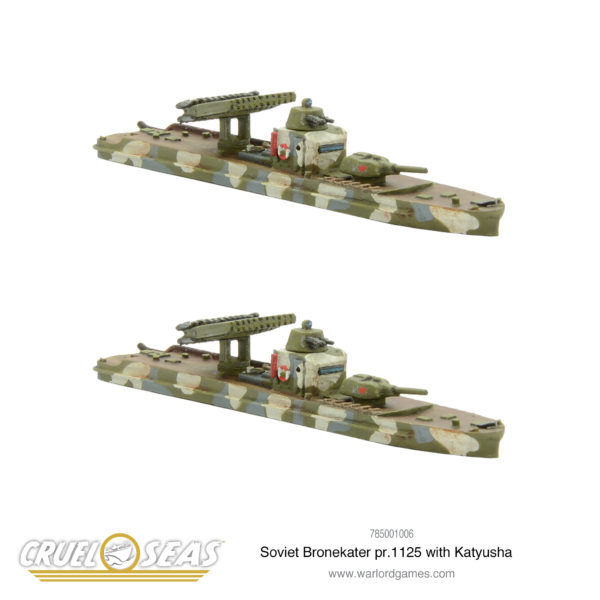