Prepare to add more ships to your fleet and rule the coastal waters with a new Fairmile D, MGB 660, for the Royal Navy! 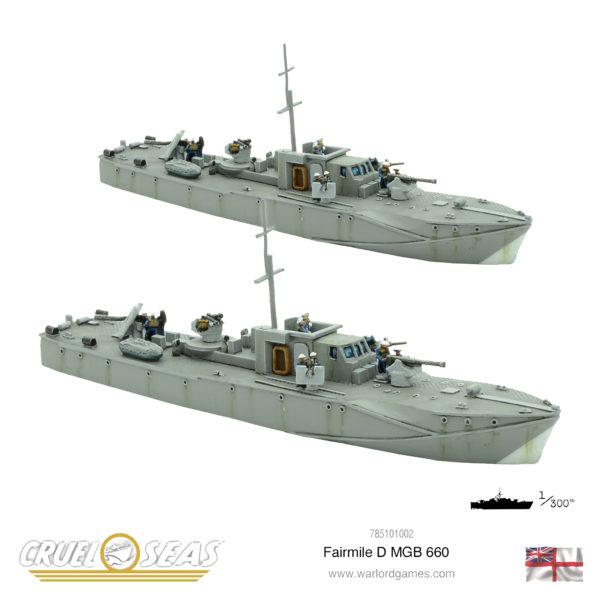 The Fairmile company produced a mass production vessel, which had good seagoing qualities and was used also for mine laying. Their most famous boat was probably the Fairmile D or ‘Dog’ boat, a dual MTB/MGB, possibly the best-armed vessel size for its size in the world.

This model represents motor gun boat 660 in its final configuration, including an automatic 6pdr on the foredeck, a 20mm on either side of the bridge, a twin 20mm amidships and a quick firing 3pdr (effectively a 40mm) cannon on the stern. 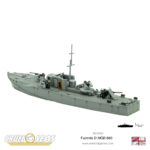 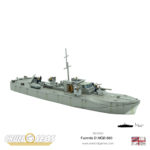 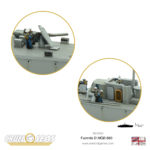 The Fairmile D MGB 660 comes in packs of two to boost your Royal Navy coastal forces. 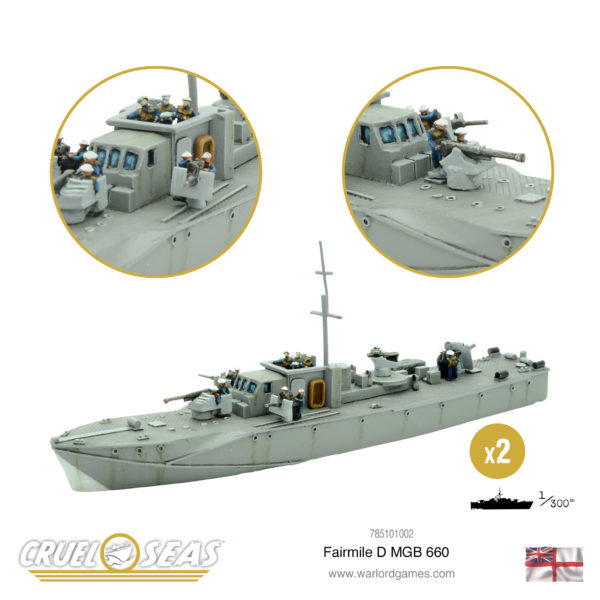