Bringing the fight to the enemy on the sea and now land, the Royal Navy Section are ready to teach the Axis forces a lesson. 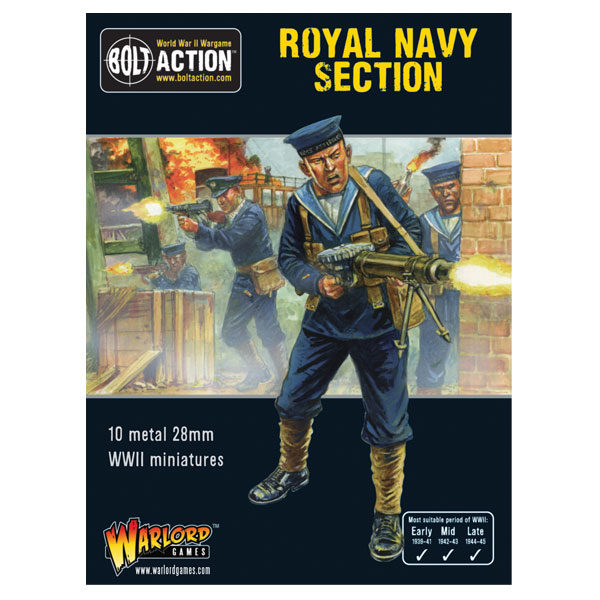 The British Royal Navy has a centuries-long distinguished history and a reputation for excellence. During the early 20th century Britannia continued to rule the waves.

Spread around the globe, Royal Navy ships were able to put ashore units of armed sailors as landing parties, shore patrols or in boarding actions against other vessels.

Armed primarily with the reliable Lee Enfield rifle and often supported by a Lewis machine gun, sections of highly disciplined and well-equipped naval ratings with considerable experience of close combat fighting are a fearsome opponent. 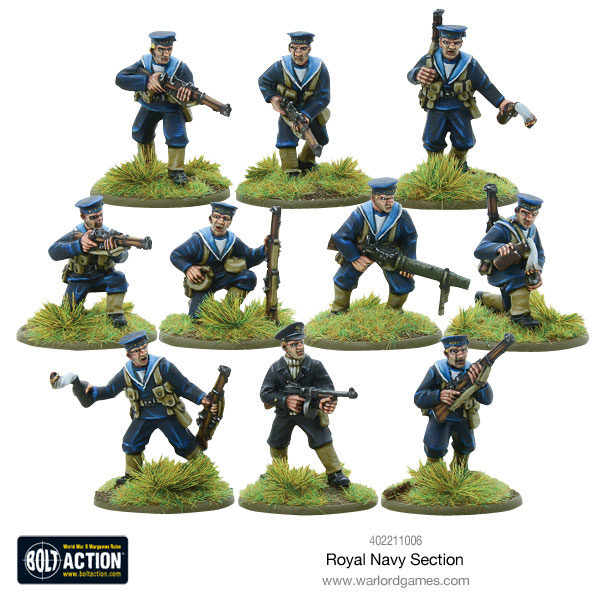 As the Second World War progressed this role would also be taken on by Khaki-uniformed Royal Navy Commando, or Royal Marine sections, though naval shore parties were still in action throughout the war.
Clad in their dark blue uniforms and 1908 pattern webbing these Jack Tars will provide a dash of colour to an otherwise khaki British force. 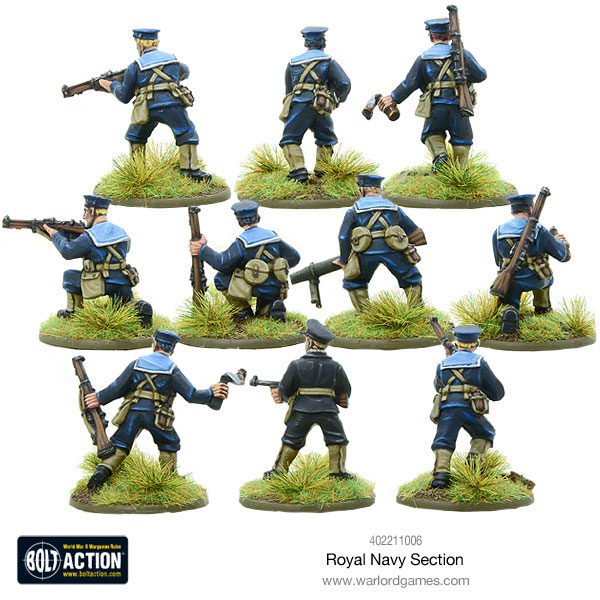