We really do spoil you folks, don’t we?

This week, we have some Anti-tank reinforcements for the German generals amongst you, in the form of the deadly Marder I.

The Marder I was a German World War II Tank Destroyer developed in May 1942 to tackle the new Soviet KV1s and T-34s. Rather than design a whole new tank to do so, the Germans took captured French vehicles such as the Lorraine, the Hotchkiss H39 and FCM 36 – as well as less effective Wehrmacht tanks such as the Panzer II and 38(t) and used them as the basis for makeshift tank destroyers by pairing them with captured Soviet 7.62 cm Pak 36(r) guns, or in later versions – the deadly Pak 40. 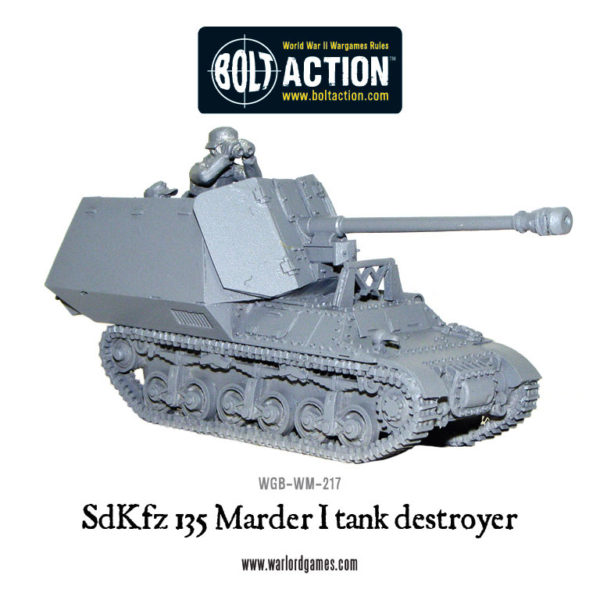 Operation Barbarossa made the Wehrmacht acutely aware that they needed some new tools to tackle the Soviet armour of the era – and the creation of the Marder gave them a vital mobile anti-tank threat.

German light tanks of the era such as the Panzer II or Panzer 38(T) were under-armoured and under-gunned when faced with the newer Soviet heavies, and the favoured German Pak 36 was difficult to manouver and re-position, and lacked the power to penetrate the sloped, thick armour of the likes of the KV-1 and T-34 – so the Germans found a way to mobilise the Pak 40. 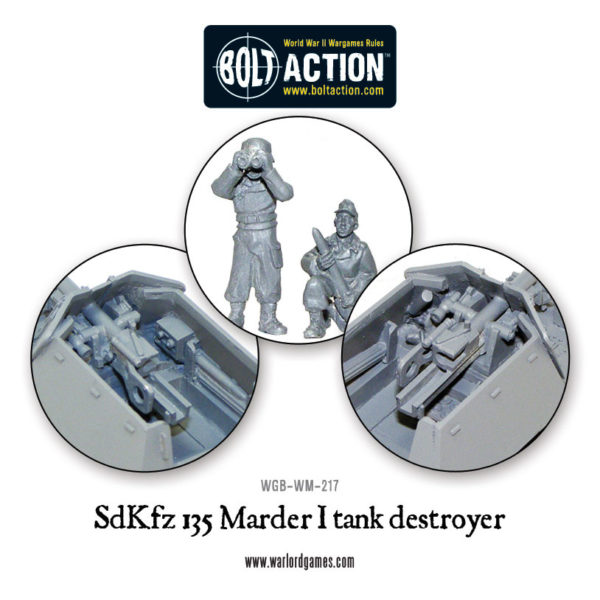 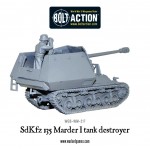 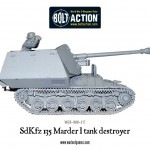 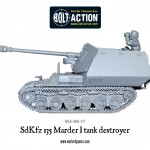 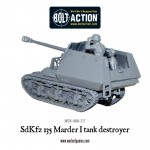 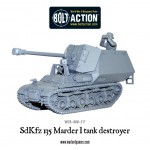 Though both the chassis and the armament varied – the most common Marder I design saw the French Lorraine Artillery Tractor (of which the Germans had captured more than 300 following the Fall of France in 1940,) paired with the Pak 40.

The Lorraine was a relatively small chassis – so it was kept lightly armoured. The large gun was mounted atop the chassis within a thin armoured gunshield which wrapped around the front and sides of the gun, and would provide limited protection against small arms fire and incoming shrapnel. The Marder was designed as a mobile platform for the Anti-tank Gun, and was not intended to go head-to-head with other tanks. Though all Marders were open-topped, some were issued with a canvas cover to protect the crewmen from the weather.

Don’t forget our ‘Wheels of Steel’ offer – a fantastic deal for anyone looking to add some armoured reinforcements to their army, or to get started in Tank War!

This discount applies across all our vehicles both resin and plastic and is an affordable way to build mechanised armies for playing Tank War.