Our eagerly awaited Thirty Years War supplement for Pike & Shotte is now shipping out to customers – which means that it’s the perfect time for us to release some reinforcements for your armies… this week we have two new releases – a new contingent of Musketeers, and the Armoured Pike Block.

The Musket replaced the ageing arquebus as the main firearm of the Pike & Shotte era – it was a smoothbore firearm handled by specialists, and was fired from the shoulder. 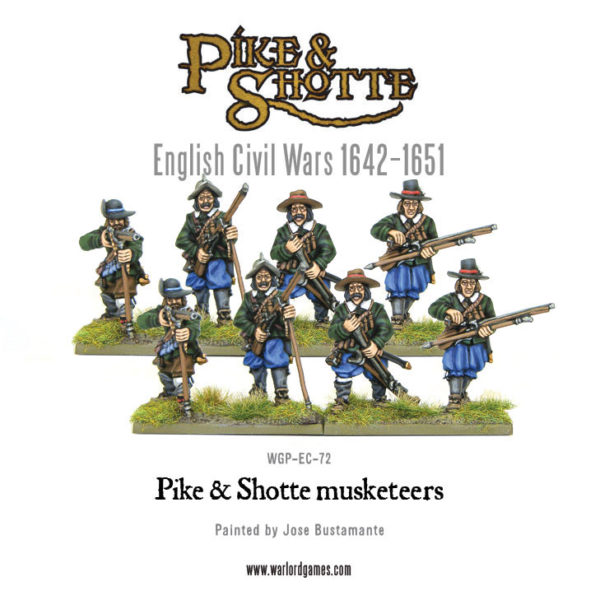 ‘Musket’ was a general term which covered a variety of firearm types – including long, heavy guns with matchlock, wheel lock or flint lock and loose powder fired with the gun barrel resting on a stand, as well as lighter weapons with snaphance, flintlock, or caplock.

Musketeers are a vital component of any army of the Pike & Shotte era – nothing quite conjures the imagination than the distinct ‘crack’ and the plumes of smoke emitted by musketfire!

So take careful aim, check your match, and prepare for battle… 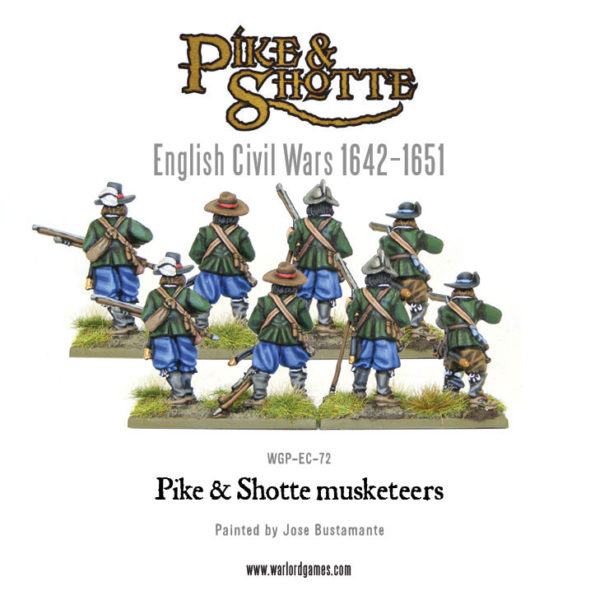 We also felt it was high time we gave you a little more steel to bolster your forces!

Suitable for armies in both the English Civil Wars and the Thirty Year War, the Armoured Pike Block will add extra protection and variety to your pike blocks. 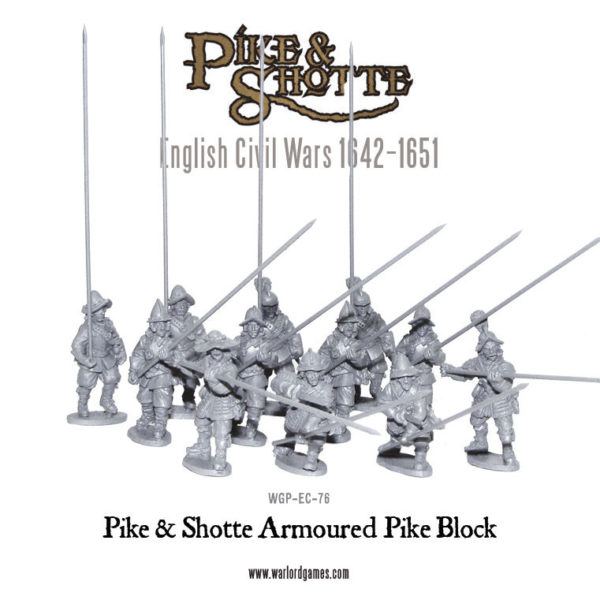 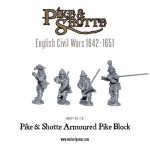 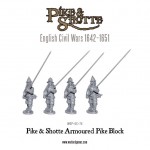 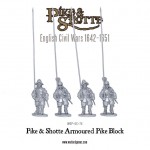 Our new Pike & Shotte supplement, The Devil’s Playground, covers the Thirty Years War – a series of conflicts that ravaged large areas of Europe, especially the German provinces, from 1618 to 1648. These conflicts centred on the Habsburg Holy Roman Emperors, Ferdinand II and Ferdinand III, and their opponents.

Although viewed by many as a religious war between Catholic and Protestant nations, its roots and causes were also politically motivated. The combination of religious fervour and the political ambition of the European superpowers were to pit vast armies and mighty leaders against each other. The devastation caused by decades of fighting had truly turned Europe into the ‘Devil’s Playground’. 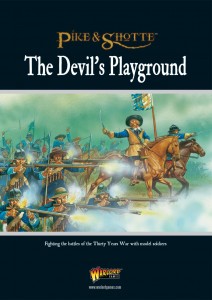