The Germans made use of many different types of truck, including those captured from their enemies. Perhaps the most well-known is the Opel Blitz, although the six-wheeled Krupp-Protze was also widely used and is instantly recognisable. 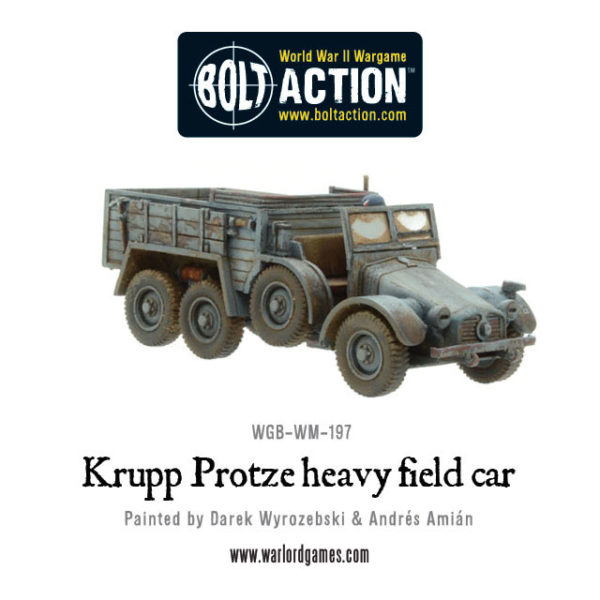 Around 7,000 Krupp Protze trucks were produced between 1934 and 1941. This six-wheeled truck was used as both a troop transport and as an artillery tractor – and was used heavily by the German forces throughout the Second World War. 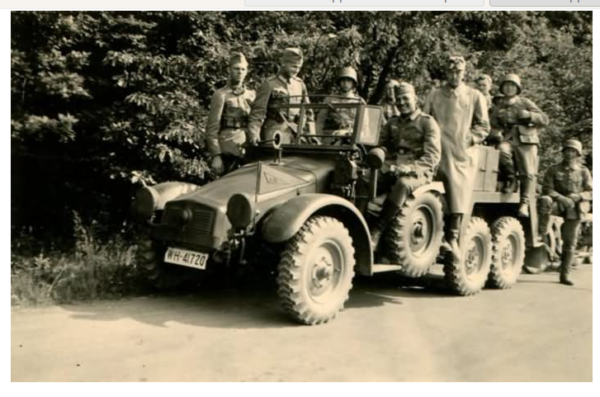 Early examples of the Protze were fitted with a 55hp engine, however from 1936 it was upgraded to house a 60hp engine which gave it more power in the field.

The Protze was primarily used to transport motorized infantry, and to tow German field artillery –  in particular, the PaK 36. 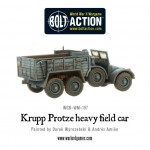 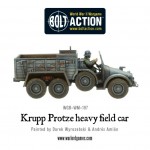 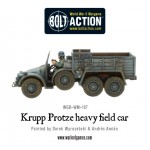 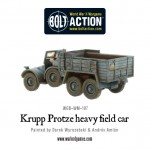 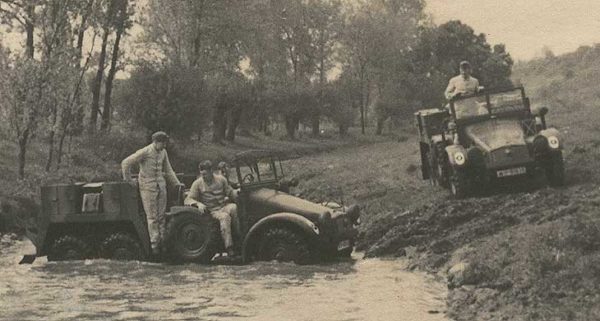 The Protze saw extensive used throughout the Eastern Front, the North African campaign, and in the North West European Theatre in both France and Sicily. 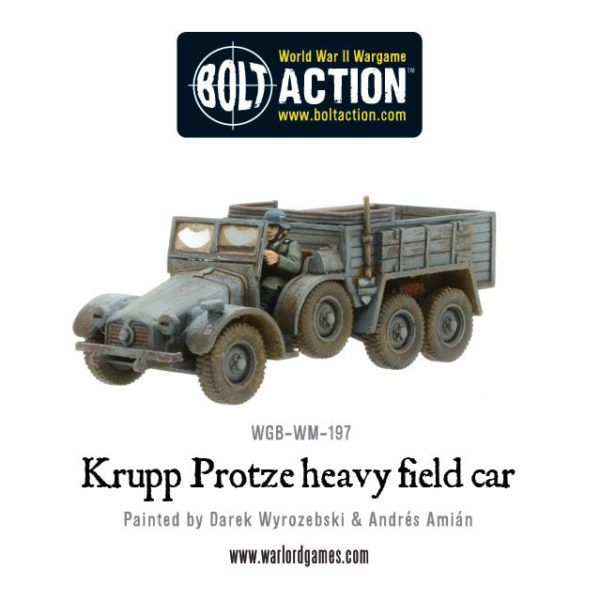 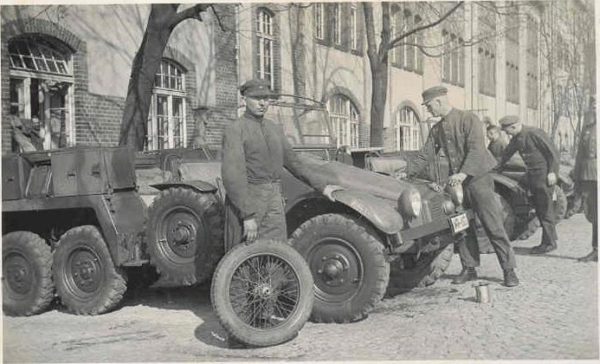 The Krupp Protze would make a handsome transport for our recently released plastic German Grenadiers, and is the perfect tow for the much-feared PaK 36.

Trucks in military use throughout the war were largely unarmed – but were sometimes armed with a pintle-mounted machine gun – primarily for anti-aircraft defence.

The Krupp Protze is covered by the ‘Truck’ entry found across pages 64 and 65 of the ‘Armies of Germany‘ Bolt Action supplement;