Bring the devastating Quad mounted MMG to bare against your opponent with the new Soviet Tokarev 4M Quad Maxim on Gaz-AAA Truck.

The only mobile AA vehicles the Red Army had in numbers at the beginning of Barbarossa in 1941 were truck-mounted examples of the Tokarev 4M Model 1931 quadruple Maxim machine gun. Used throughout the war with later units added to with the American-built M17 half-track. 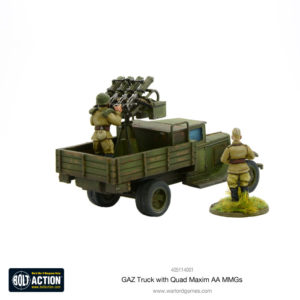 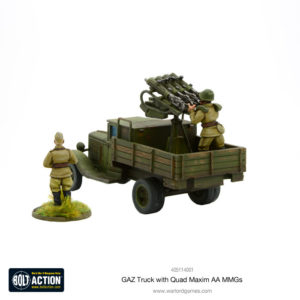 The quad-mounted anti-aircraft Maxim was developed in 1930 and tested alongside several other quad-, triple- and dualmount weapons, before being adopted by the Red Army in 1931. The water-cooled Maxims were heavy to start with and mounting four of them on a hefty enough pedestal to absorb their recoil produced a weapon that was only suitable for static emplacement or mounting in the back of a truck. Principal service: 1941–45. Numbers manufactured: Unknown. 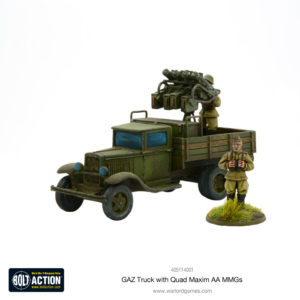 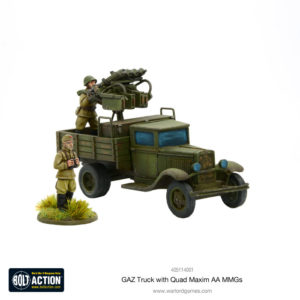 Keep pace with the main body of troops, or near objectives that may be targeted by the enemies aircraft, the MMG’s will make your opponent think twice about where they push home an attack! 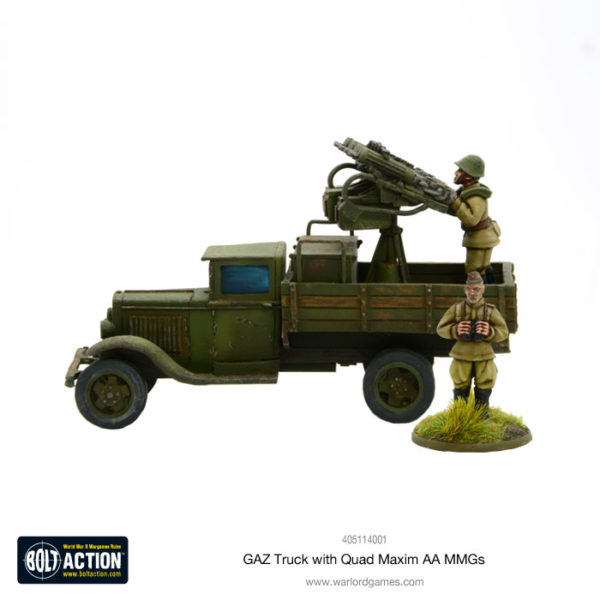 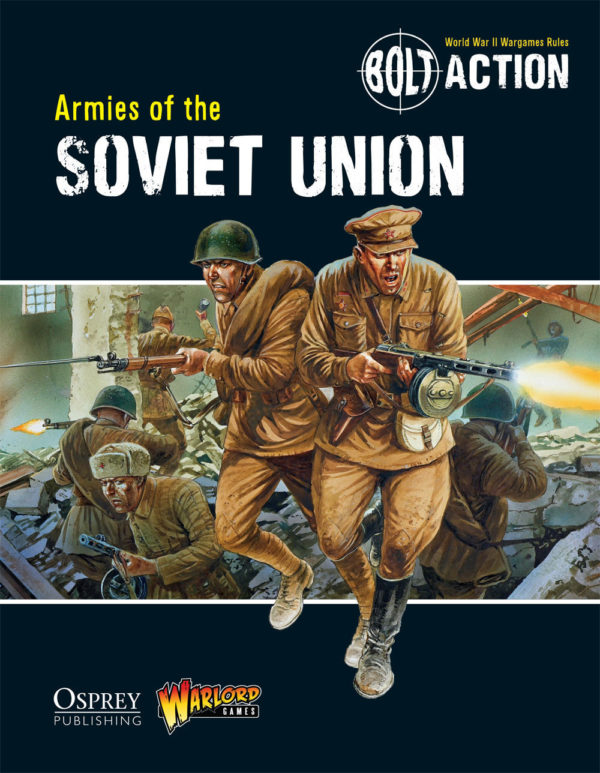