Available to order today these are the first preview blister packs for the Soviets and British in Konflikt ’47. Box sets for both these awesome troop types will come later in December but we know you guys couldn’t wait!

NB Final design of infantry for the box sets may change from the designs in these preview blister sets. 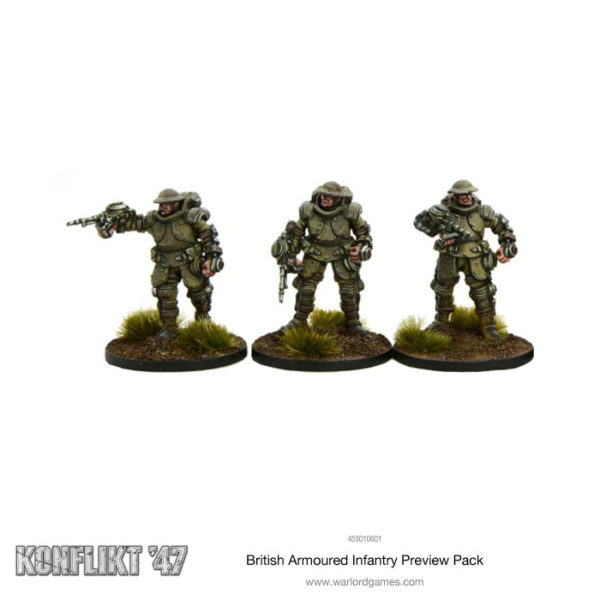 As most nations began adopting heavily-armoured infantry, the British took a more extreme view. With automatons providing close fire support to the infantry, it was decided that any armoured troops should be capable of providing a punch beyond that of current infantry. Therefore the British developed the Galahad Armoured Suits, intended to overwhelm opposition strongpoints. Although limited in number, careful and considered use has meant they have a growing and largely victorious reputation.

Resiliant and tough, a squad will normally consist of 1 NCO and 3 to 7 men. 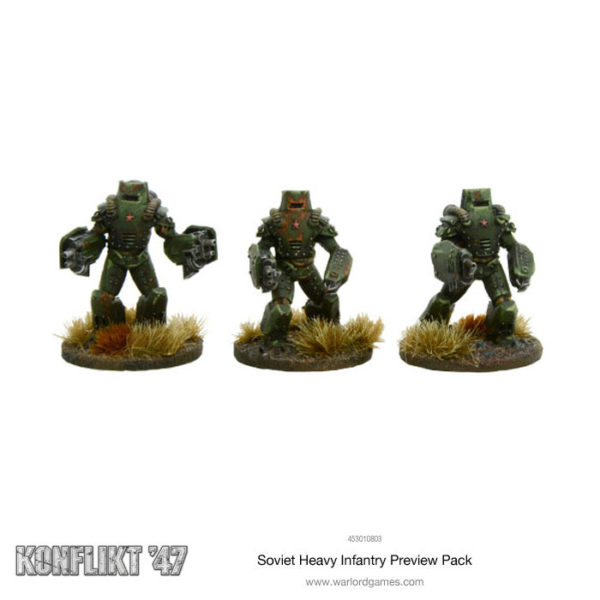 In a rush to keep up with their foes, Soviet infantry armour was developed quickly and put into use not long after their rivals. Cumbersome and bulky, the Soviet suits lack subtlety, but their effectiveness is not disputed. Unlike other nations, the Soviet heavy infantry is considered more of an anti-vehicle unit.

Slow but resilient tank hunters, squads usually consist of an NCO and 4 to 9 men, 4 of which can replace their assault weapon with a dual weapon pack!

Although still subject to change, our factory chaps are beavering away with all our ranges to bring you oodles of goodies for your armies this Christmas and beyond! 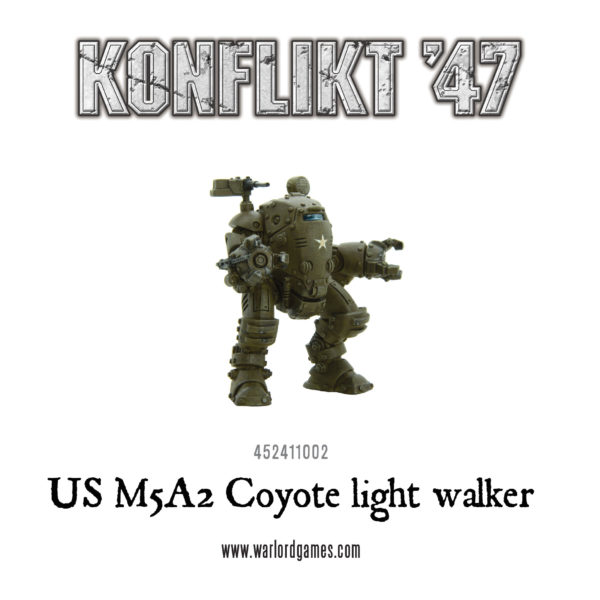