The Red Army sees the welcome return of not one but three tank destroyers this week – the Su-85, Su-100 and Su-122M.  These armoured fighting vehicles have been heavily remastered and have loads more detail than the previous incarnations. 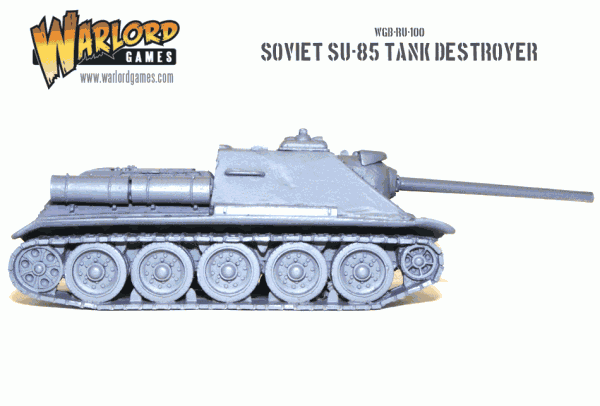 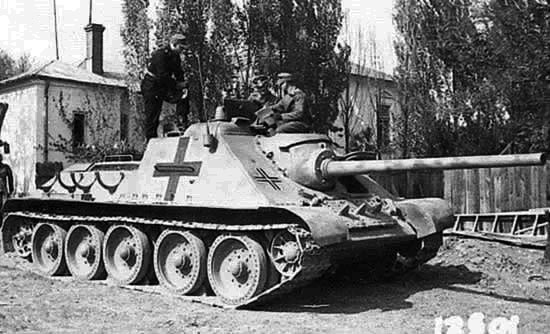 The SU-85 self-propelled gun based itself on the proven T34 chassis which had stood the Red Army in good stead against their German counterparts. As with other ‘SUs’, the SU-85s name came from the Russian for ‘self-propelled carriage (Samokhodnaya Ustanovka) and the bore of the gun – in this case the high velocity 85 mm D-5T anti-tank gun. With the all-important low profile of a tank hunter it also had good mobility but at the expense of lighter armour. Entering active service in autumn 1943 the SU-85 would be found in all self-propelled regiments and brigades. 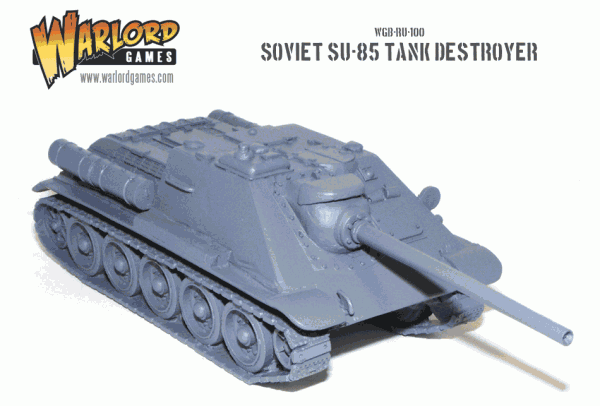 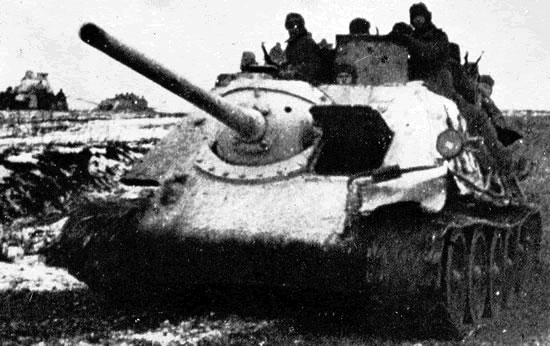 The SU-85 was used in anger for the first time in September 1943, during the Dnieper crossing. The tank destroyer became very popular with it’s crews due largely to it’s powerful gun which was able to penetrate the armour of the troublesome Panther and Tiger tanks at good distances. An example of this was the 1021st Self-Propelled Artillery Regiment (1st Baltic Front) destroyed over 100 German tanks during the summer offensive in 1944.

Another example, taken from a commander’s report of the 1st Guards Tank Army: 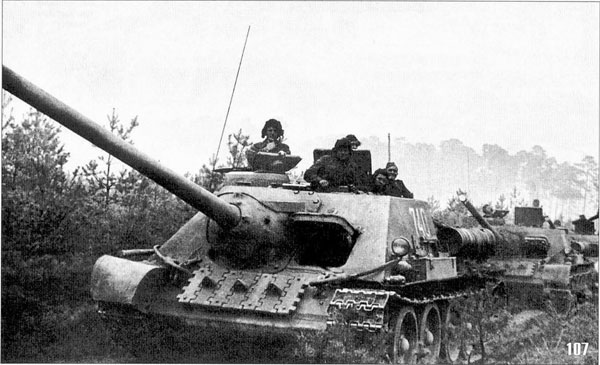 The SU-100 was to replace the SU-85 in front line service and started to do so from late 1944. Improvements over the SU-85 were the almost doubling of the frontal armour to 3 inches, improved commander’s fighting compartment and cupola and a beast of a naval gun – able to penetrate the frontal armour of any German tank with the possible exception of the King Tiger! Indeed the Soviet tank crews gave the new tank destroyer a nickname that we cannot publish here as a result!

The SU-100 was to see extensive action in the last year of the war and was used en masse in the defeat of the German counter-offensive in Hungary 1945 at Lake Balaton. The End of the Second World War didn’t see the end for the SU-1oo though – it would go on to see action for many years to come and in many different countries. It saw service in the fighting that accompanied the 1956 Suez Crisis, in which the Egyptians used SU-100s against Israel’s  Sherman tanks. The vehicle was also utilized in the 1967 Six-Day War and the 1973 Yom Kippur War. 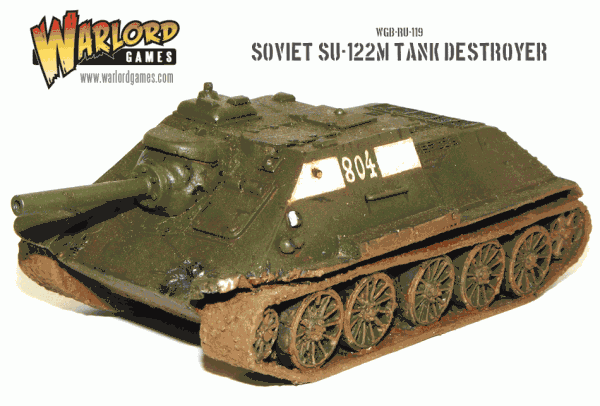 Borne out of the need to replace the SU-122, the SU-122M was to mount the D-11 howitzer which took up far less space than the M-30S howitzer in the SU-122. The first prototype was built in April 1943 but the SU-85 won out as the tank destroyer of choice to repalce the SU-122 and as a result the SU-122M wasn’t pit into production. Despite that we think ti would make a nice addition to your army in place of the usual SU-85 and will also keep your opponent guessing as to what he’s facing! 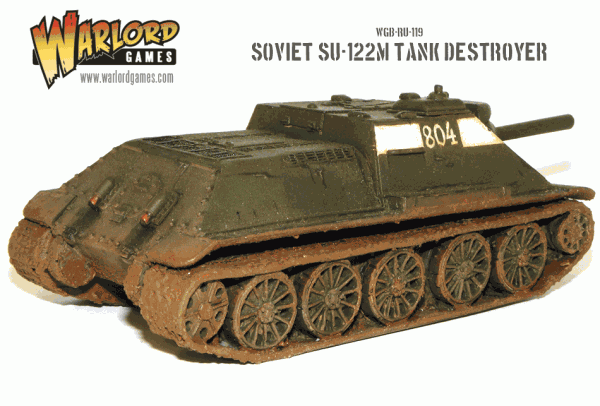 To give you more variety than having your tank destroyers butoned up we have these excellent Soviet tank crews for you. Ideal for use on the SUs and the T34s these have 4 commanders and a driver model. 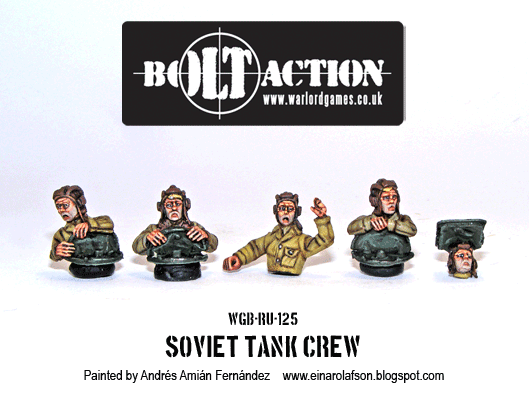 As you know, it’s not just the inside of the tank that Soviet troops make good use of – they’re well known for riding into battle on the back of their fighting vehicles and popping a few of these on the back of your tank destroyers will look great. 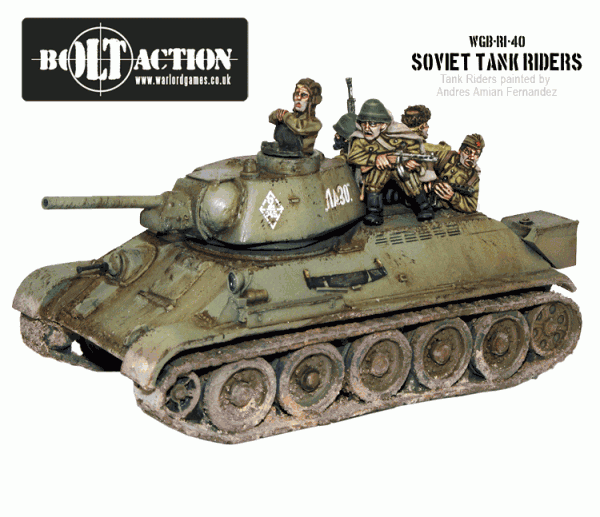 We couldn’t really talk about SU tank destroyers without showing off our SU-76 could we, so here she is! Coming complete with two metal Soviet crewmen this is the classic Russian tank destroyer with only the T4 being more numerous during WWII. 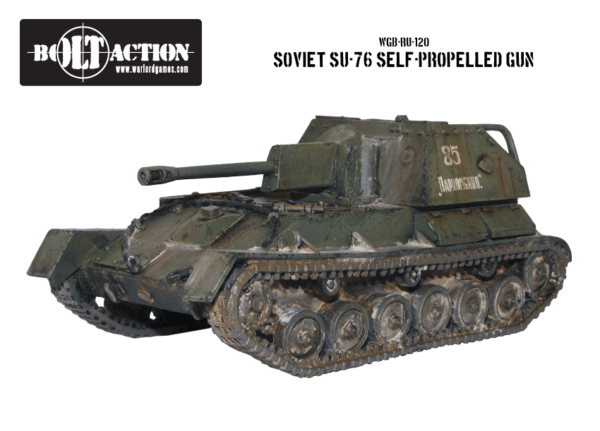