Well, not quite wooden Shermans – Sherman tanks with wooden armour to be correct. During the campaign in the Pacific the US forces were known to apply wooden armour to the sides of their Shermans. 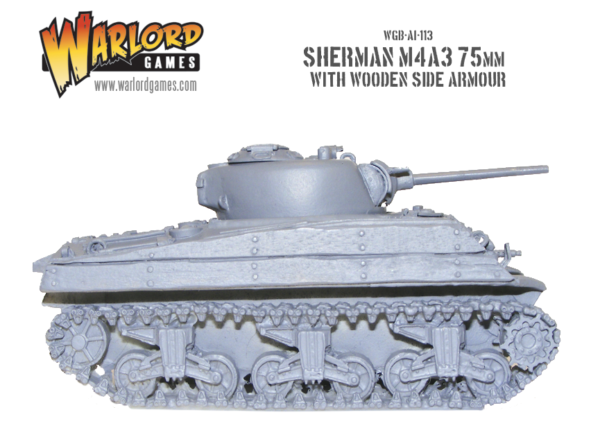 There are two schools of thought as to why the US forces would apply wooden planks to their Shermans’ hulls. One is that in the jungle environment they found themselves fighting in it was easier to come across wood than find steel and, soldiers being soldiers, they scrounged or stole whatever was at hand. Given the sometimes very remote and under supplied operations they’d find themselves in this could easily be the case. An addendum to this idea is the thought that Japanese lunge mines would not stick to the wood as well as to metal and that this offered some extra protection from these surprise attacks. 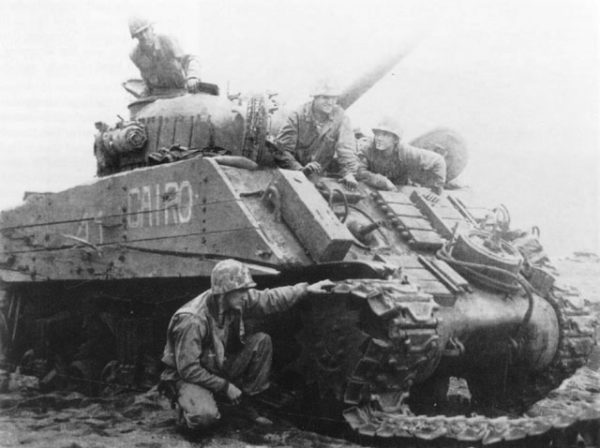 Another idea is that the wooden was just the foundation for the application of concrete to give tanks even more protection, albeit at the expense of speed. As there are many more images of the wooden armour than of concrete in the Pacific it’s most likely the former, although concrete armour was to be seen during the war in Europe. 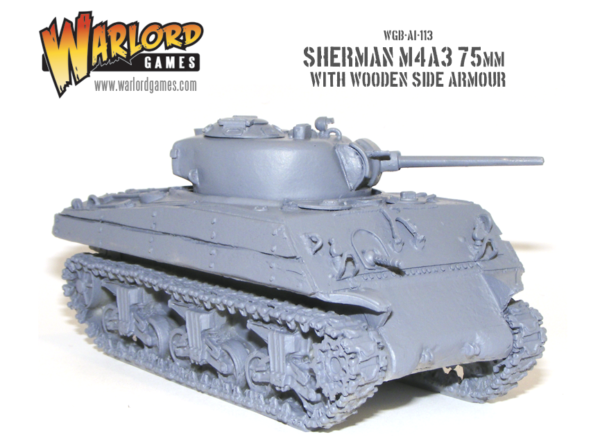 We’ve sculpted wooden planking, bolted onto the hull of our Sherman M4A3 hull. You can add this to your army as either the 75mm or 76mm version. 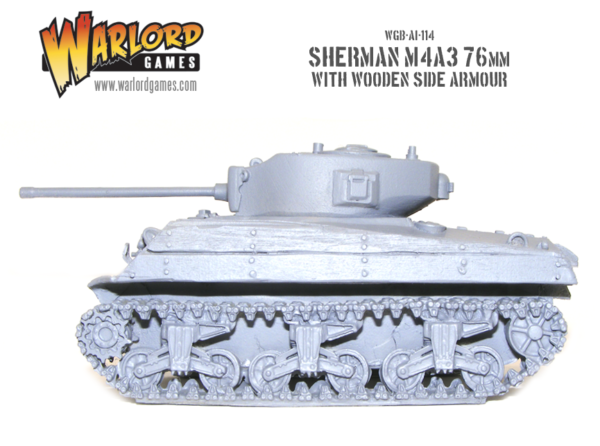 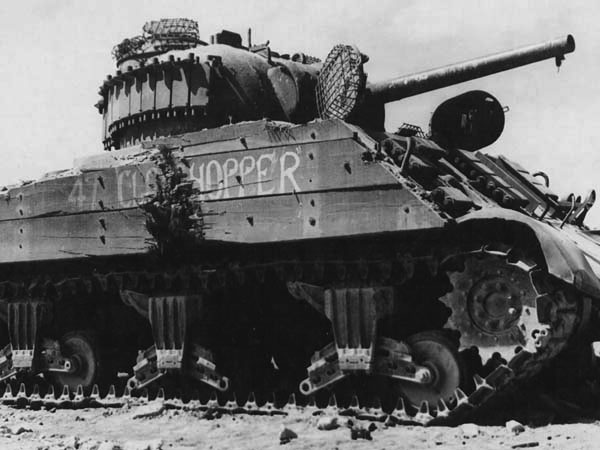 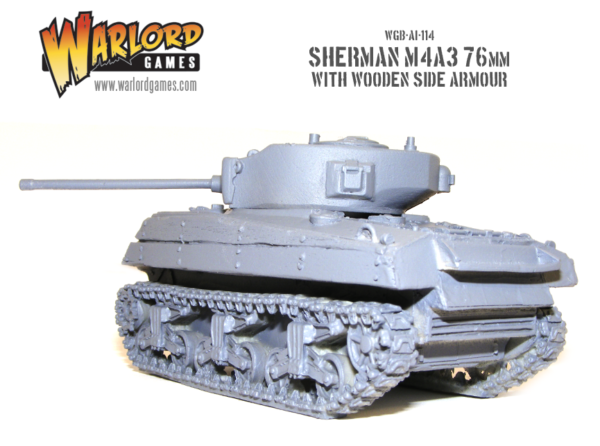 We couldn’t talk about the American forces fighting in the Pacific without showing off other parts of the range could we?

Below is our very popular US Marine Corps boxed set. This gives you 21 metal USMC models including a great USN Corpsman and the casualty he is attending as well as an enormous amount of variation through our Figure Head System of separate heads. Combat shotgun, flamethrower, M1 carbine, Thompson SMG and loads more firepower – just the job for taking the fight to the Japanese! 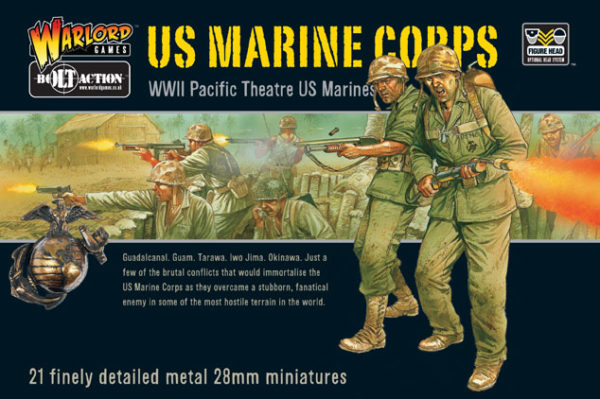 Need to get your USMC to where the action is? This M3 halftrack will do so and pack a punch too with it’s twin 30 cal and ring-mounted 50 cal machine guns. 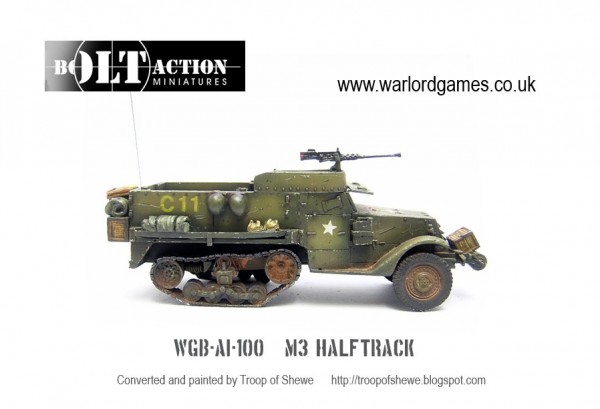 Less armoured but non less iconic is the Deuce-and-a-half truck. We provide this in two variants – one with enclosed canvas cabin and the other with open cabin and ring-mounted 50 cal MG. Try typing that last sentence without making machine gun noises! 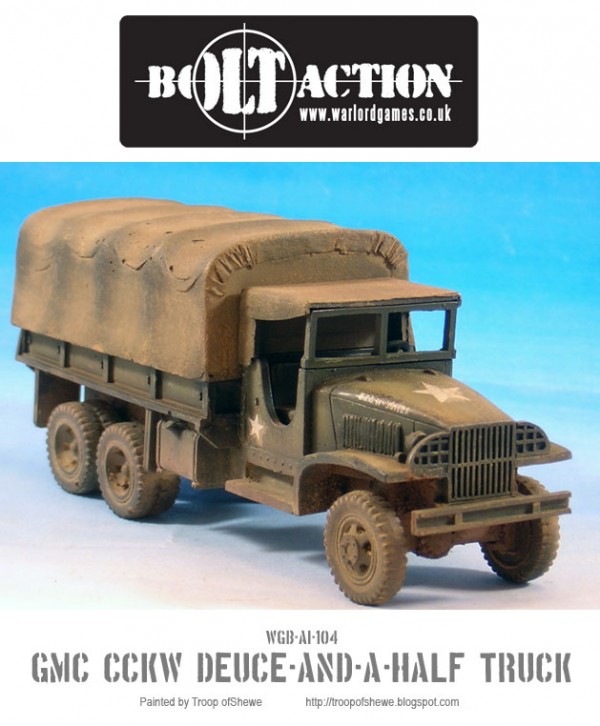 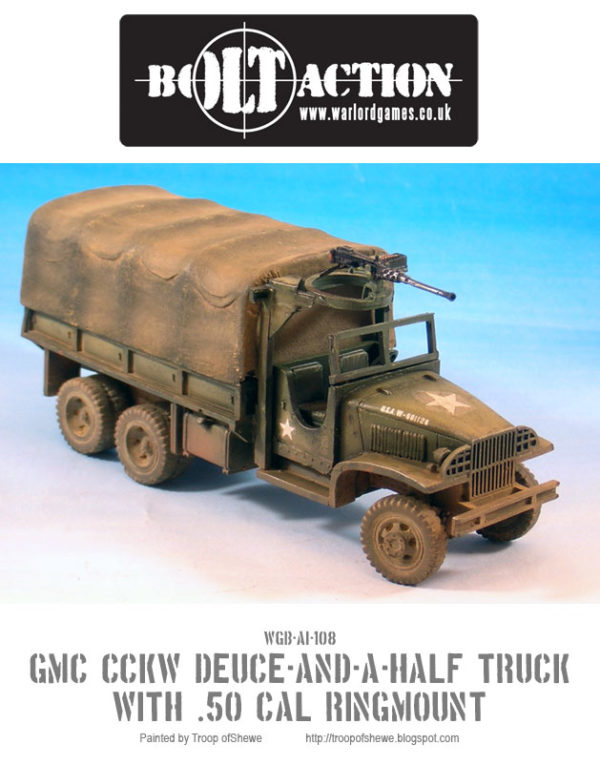