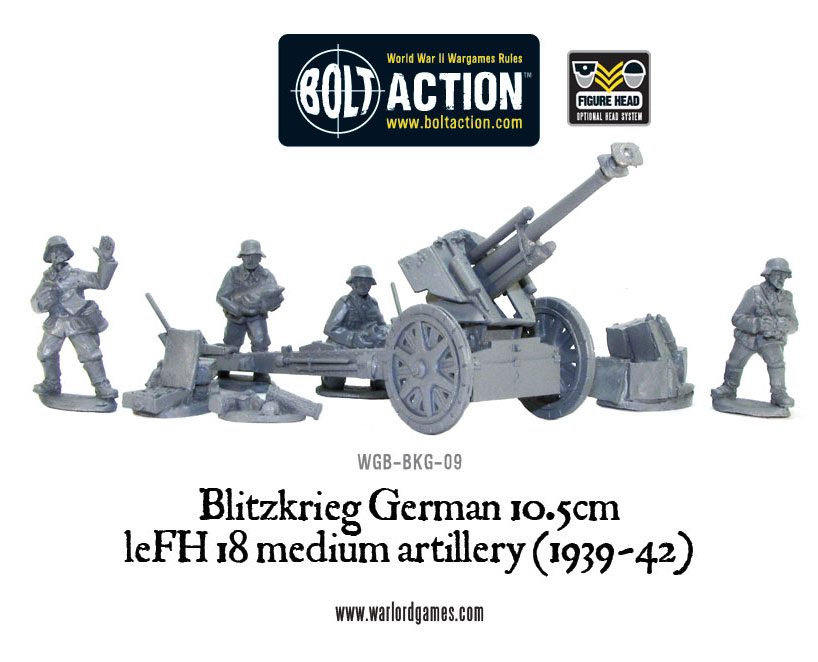 This first variant of the iconic German howitzer is the heavier of the two versions with it’s original steel wheels and heavy split trails.  Although this version would see action through to the war’s end we have crewed it with German soldiers dressed for the earlier years of the war – perfect for invading Poland, the Low Countries and France as well as pushing deep into the Soviet Union!

The Finnish and Bulgarian Armies also made use of this gun so expect to see the 105 H33 with Finnish crew before long! 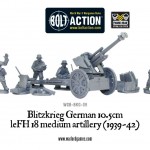 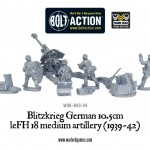 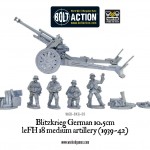 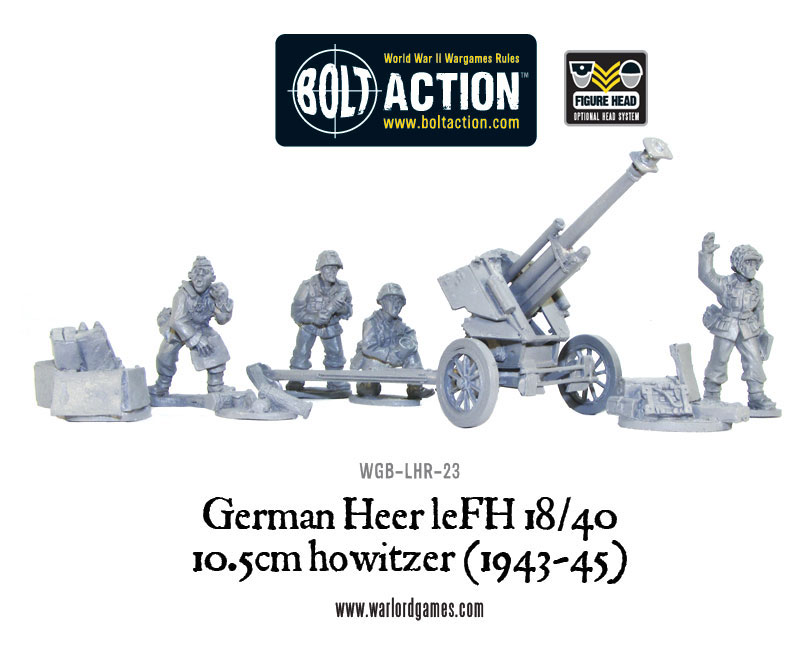 The second version of the leFH 18 to be released is the lighter LeFH 18/40, mounted on the same chassis/trails as the PaK 40 anti-tank gun and with lighter, spoked rubber-rimmed wheels,the leFH 18/40 was more manoeuvrable than it’s earlier counterpart as well as being easier/cheaper to produce by the German war effort at a time when the Allies were seriously hampering the Third Reich’s industrial output.

As with the earlier version, the leFH 18/40 is supplied with four crew (this time dressed for action during 1943-45) and the usual piles of crates and shells. 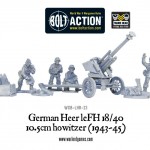 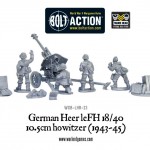 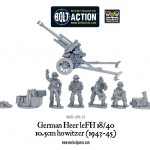