The latest additions to our new World War I range of 1:56 scale vehicles sees the British take centre stage with these glorious Mark IV tanks! 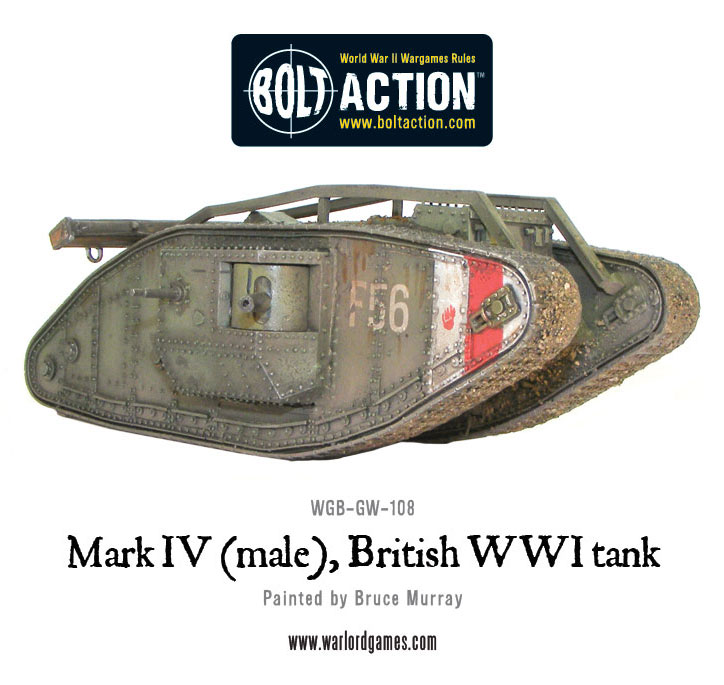 The Mark IV was the most produced British tank of the Great War with over 1200 made. It first saw operational service in 1917 during the British assault at Messines Ridge. 460 Mark IVs took p[art in the battle of Cambrai, showing that massed formations of tanks could make a massive difference in overcoming static battlefield defences. 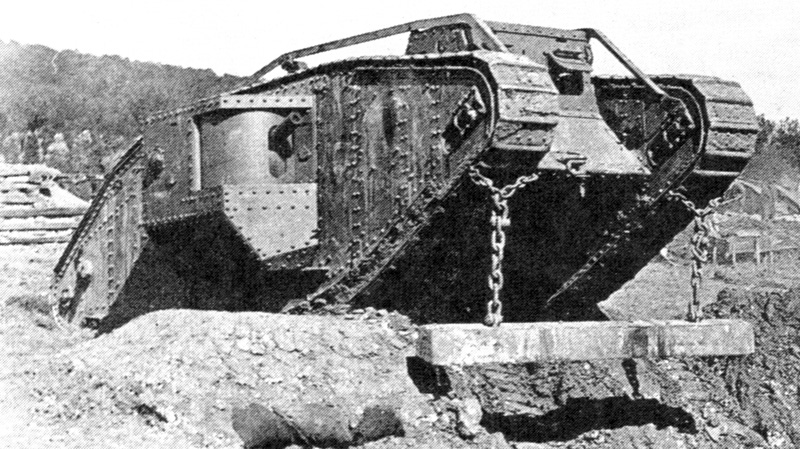 Over 40 Mark IVs were put into German service, providing German players something different to field in addition to their trusty A7Vs!

These 28-ton behemoths and their crew of eight entered the battlefield in three combat forms:

Female. This version was bristling with five .303 Lewis machine guns.

Hermaphrodite. A battlefield conversion, the hermaphrodite married a sponson from each of the male and female variants giving it a single 6-pdr and 4 Lewis guns. 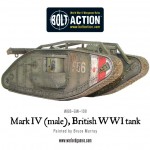 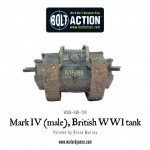 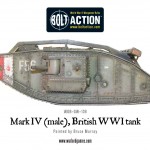 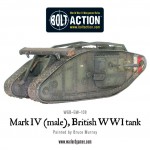 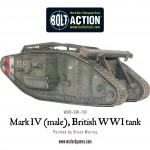 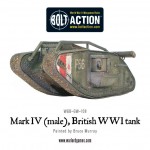 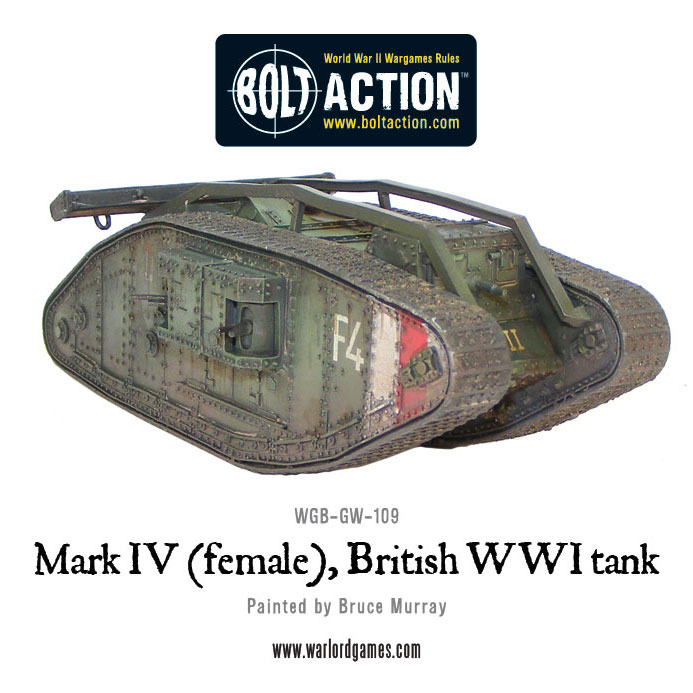 The Mark IV was the first british tank to make widespread use of unditching beams. These large wooden beams were reinforced with sheet metal and stored across the top of the tank on a set of parallel rails. If the tank became stuck, the beam was attached to the tracks and then dragged beneath the vehicle, providing grip with which to extricate it from it’s position. 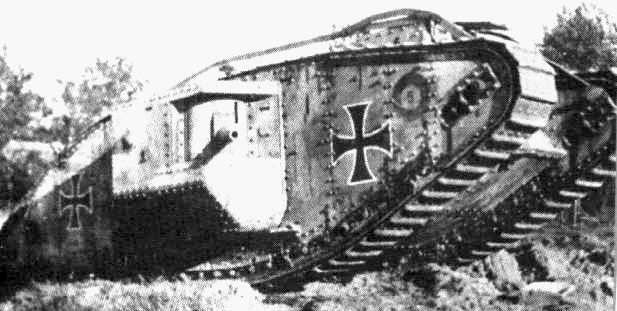 The first tank-on-tank action took place between German A7Vs and the Mark IV, in April 1918 at Villers-Bretonneux. 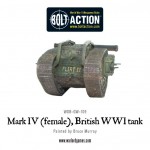 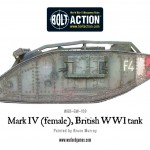 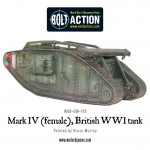 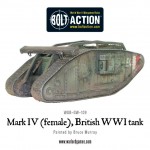 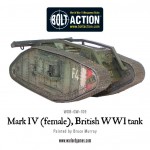 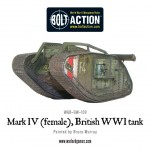 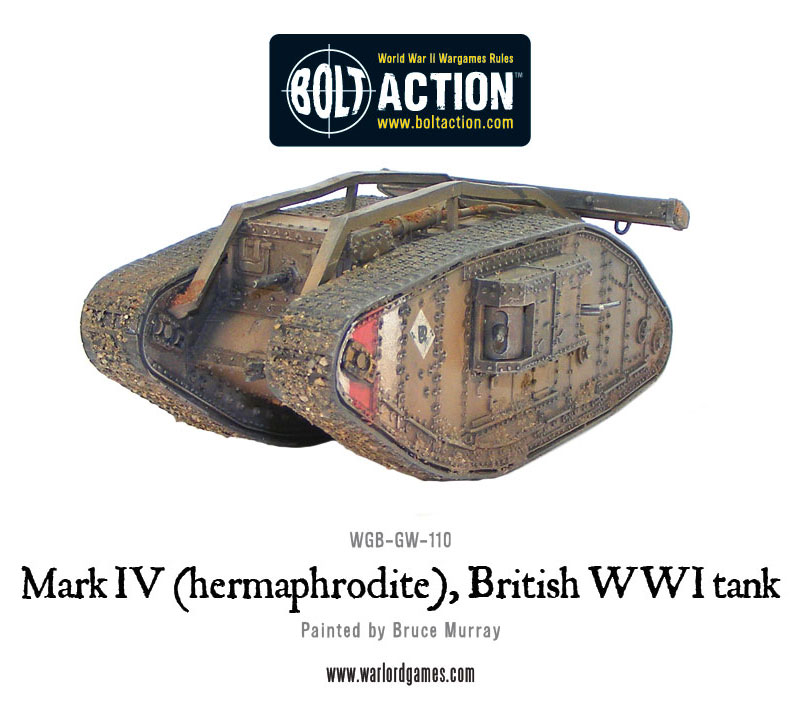 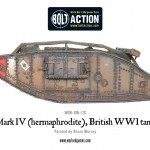 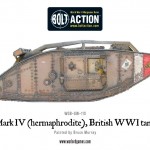 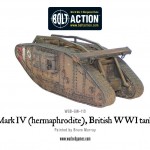 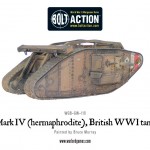 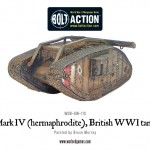 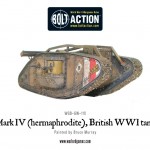