The German army of the Second World War used a wide variety of light guns, field guns and howitzers based around the 75mm calibre. One of the most recognisable and widely used was the leIG (or ”leichtes Infanteriegeschütz” – meaning “light infantry gun”) – which was used for close support, and was light enough to be manhandled and repositioned by their crews. 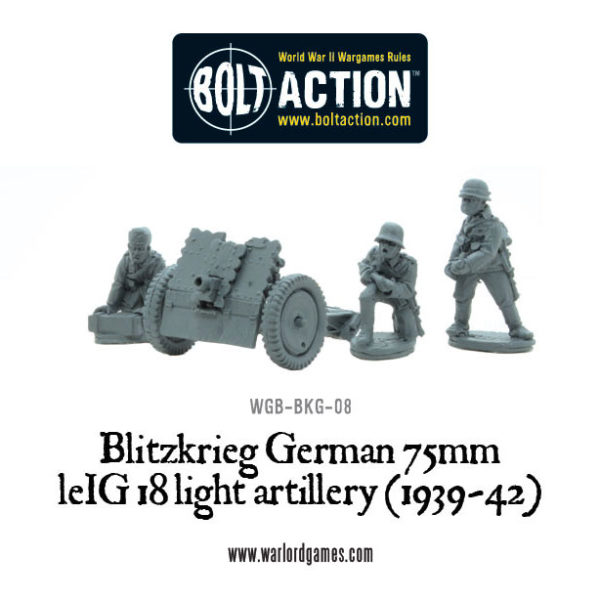 The German Light infantry support gun mark18 was a short-barrelled 75mm howitzer. It was used throughout the war in most theatres and gave good quality, much needed support to the hard-pressed Infantry. 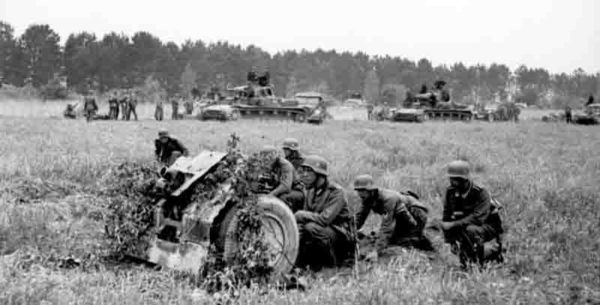 It could be towed by light tractor, or even pulled by hand into position where its low profile, small size and rapid fire made it a useful addition to the frontline strength. 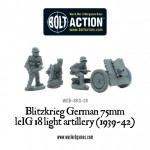 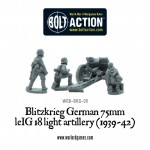 Warlord’s model captures its stubby outline nicely and with its action packed 3 man crew is a no brainer to add to any force. 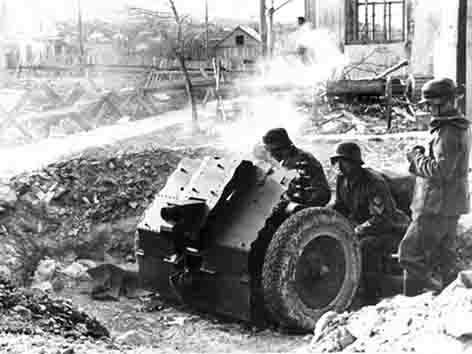 Rules for the leIG gun are covered by the ‘Light Artillery’ entry found on page 34 of the ‘Armies of Germany‘ Bolt Action supplement;