“What is da boss workin on then?”

When you get to have a Bolt Action game with the boss, Herr Stallard, you can always be assured that what you expected to fight against is not what he’ll field! This is down to two things – John’s quick painting style, and the fact that he owns the business means that he gets to buy lots of toys…

John takes an hour to paint a tank – any more and he thinks it’s cheating – while the divisional and tactical markings are made up, but quantity has a quality all of its own. 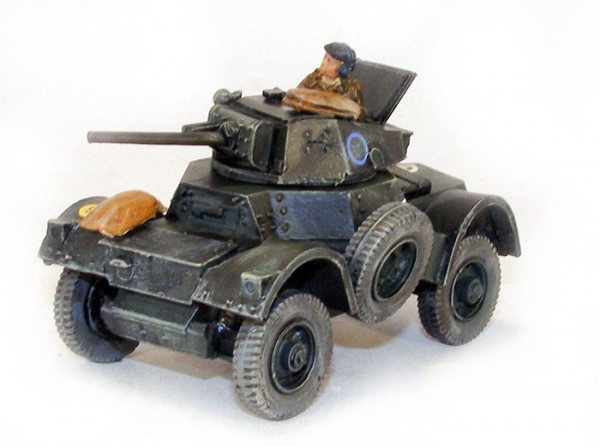 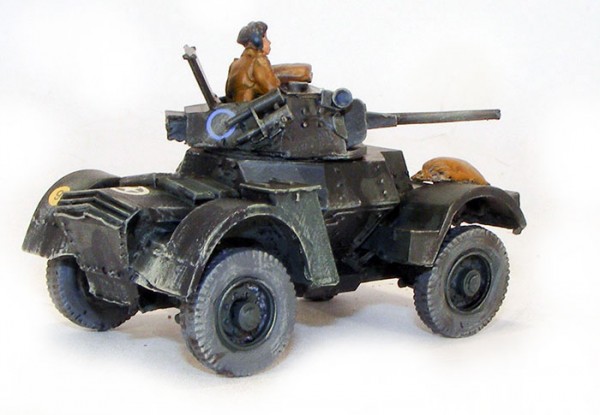 John has added a couple of sandbags to his Daimler armoured car and base coated it in Vallejo Bronze Green, with a dark grey camo pattern over the top. He has added a sand bag to the turret top to give the commander some cover from skulking German snipers (who liked nothing better than picking off vehicle commanders who exposed themselves to fire). 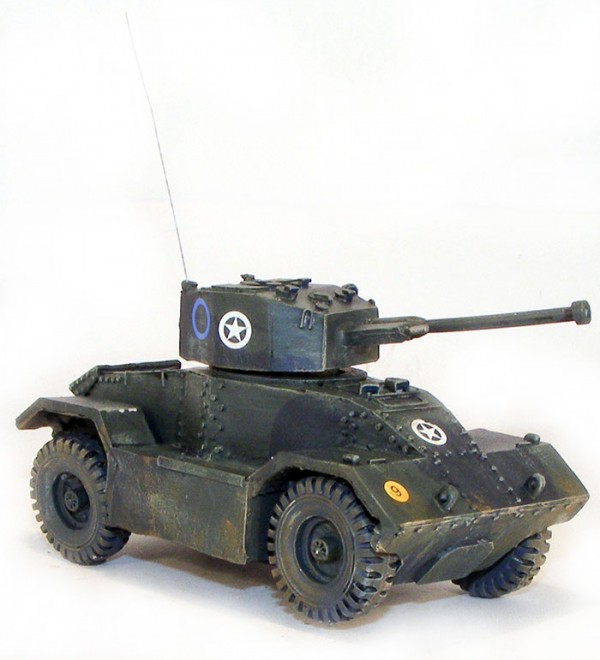 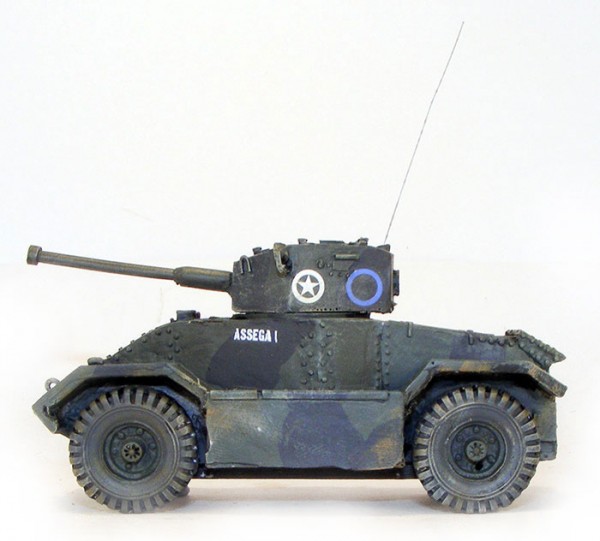 The AEC heavy armoured car is a beast! Unusually, John has just made it as it comes, no extras here bar the wireless arial made from a nylon brush bristle – hard wearing and flexible. 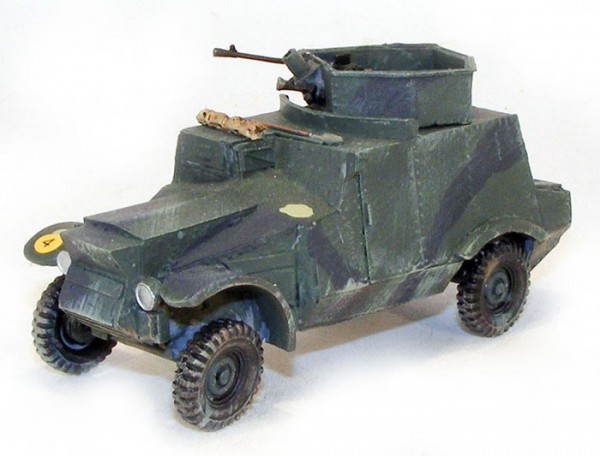 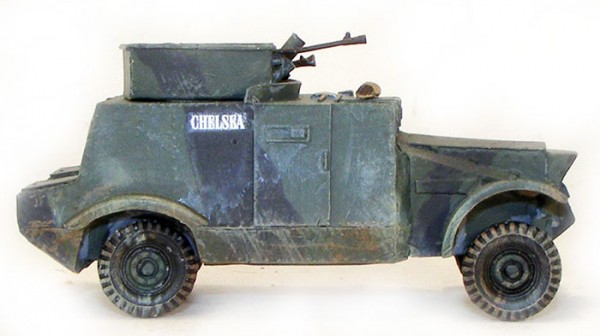 The early armoured car  with its deadly firepower of Bren and Boyes anti tank rifle is representative of the BEF in France in 1940. Again a Bronze Green base with black/dark grey patterns, weathered with a dry-brushed coat of off-white gives it a worn look. He added a small tarpaulin for the inevitable rain. The grey/sand looking patch on the bonnet is representing the anti gas patch that was used on early vehicles. If gas was nearby, it would, in theory, change colour and warn the crew – fortunately it was never tested in action. 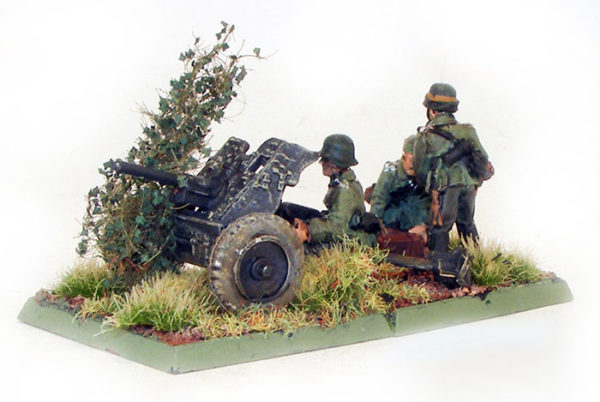 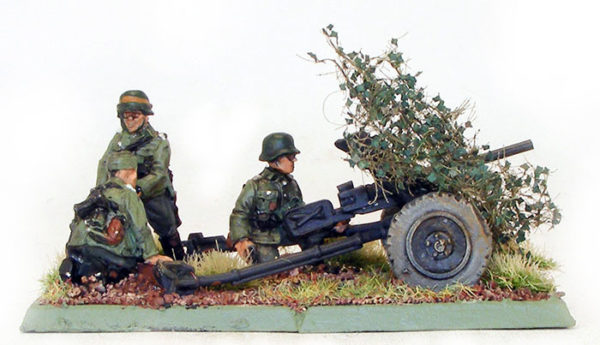 The PAK 37mm has simply been glued onto a base and finished with lightened panzer grey. Unmixed, this colour is close to black, so John lightens it up with some white added. The camouflage is simply some ivy from the Army Painter range, here making very convincing foliage… it must be an “am-bush”! (Sorry.) 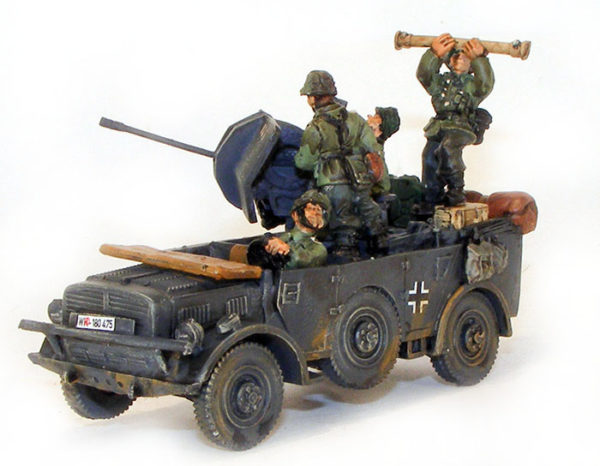 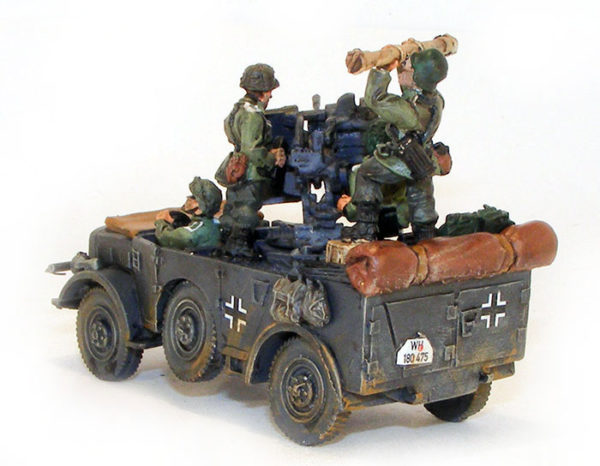 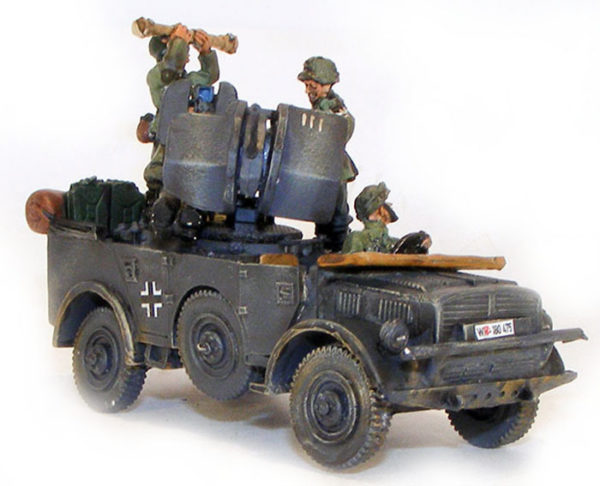 My favourite is the self-propelled 20mm flak wagon. There is something just exciting about these vehicles – small, manoeuvrable and packing a punch, what is not to like! John has built his with the canvas on the windscreen (no reflections to give away your position). He has popped some extras onto the car: bread bags and some jerry cans for clutter. The crew really make this model, and I like the way the range finder and driver scan the skies for fresh targets while the gunner and loader are blazing away. This looks like an ace crew, there are three kill marking on the gun shield… 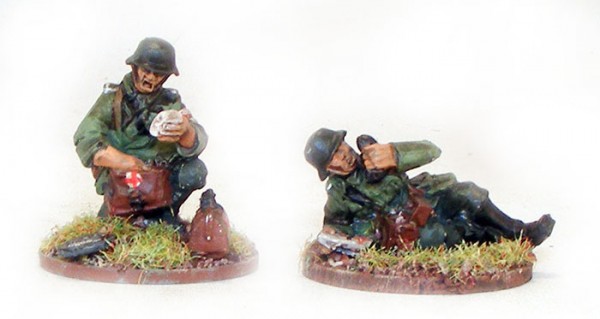 Finally the boss has painted up two specialists – both very helpful in the game: a forward observer with field telephone and the heroic medic, both of which no self-respecting German player would take to the field without.

We plan to video John’s megalomaniac forces in a week or two. I think we can persuade him to hold a parade – I spotted three Panzer IIIs in the back of his car this week, so look out for the next review..