This week John has been painting the cracking new Stug III D from the Warlord Games tank factory. 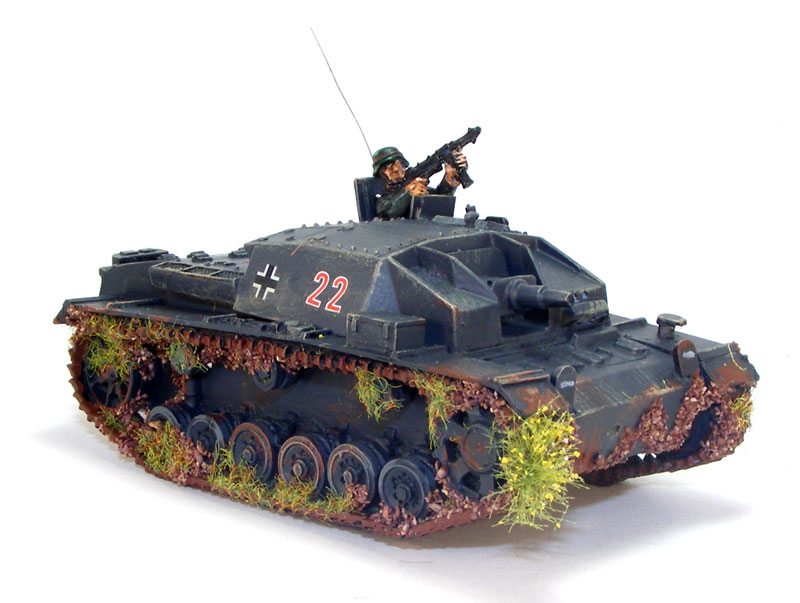 Cast in our new formula resin, the early Stug III is an ugly looking brute, and was of great help to hard pressed German infantry in France and later Russia. Its stubby 75mm howitzer gave it a good punch against soft targets, emplaced anti-tank guns and bunkers. It was issued with a special anti-tank shell so that it could also take on enemy armour if needs be. 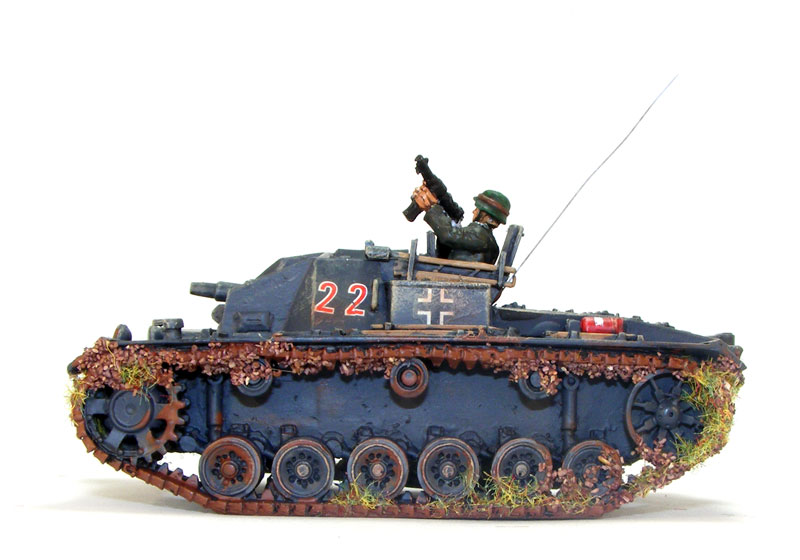 They were issued to the artillery initially, not the panzer troops, so John has painted his crewman in field grey rather than panzer black. It was common  for Stug crews to wear the stalhelm when exposing themselves from the cover of the thick armour – in John’s case the crew are about to take some prisoners on board and have armed themselves with the assault gun’s MP40, there being no integral machine gun in this early version of the Stug.

John has drilled a couple of small holes into the front of the Stug to simulate unsuccessful anti tank hits, and added a lot of mud and tufts of grass which have clung to the tracks. 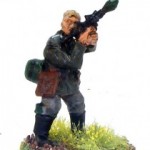 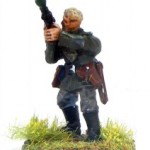 To support the hard pressed Stug he has painted up a tough looking Pionier, armed with the strange but nasty grenade firing flare gun modification. This is part of the amazing German Pioniers plastic/metal boxed set that Warlord sell. To make the action seem a little more desperate, John used a bare head with its classic Landser floppy hair cut.
0