Tatou! Tatou! – All for One and One for All – Part one – by David Hunter

A 3 part mini series for the 28 (Maori) Battalion during April and May 1941, concluding with a complete army selector list for using the Maori in Bolt Action. 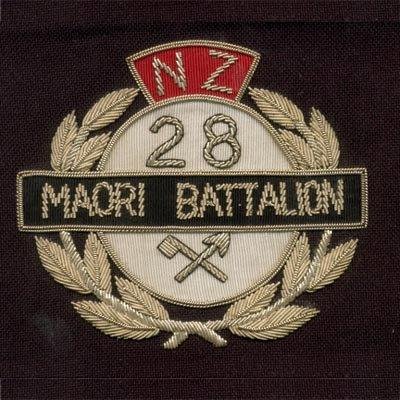 From Olympus Pass To Forty-Second Street, Greece and Crete, 1941

‘Tatou! Tatou!’ was the rallying cry of the Maori who found himself cut off from his mates – akin to the ‘All for one and one for all!’ of Dumas’ musketeers.

There can be no better introduction to the 28 (Maori) Battalion than that given by Lieutenant-General Freyburg in his forward to the official history of the battalion:

No infantry battalion had a more distinguished record, or saw more fighting, or, alas, had such heavy casualties as the Maori Battalion.’

The Maori took a fierce pride in their warrior heritage and the Maori Battalion was formed entirely of volunteers; conscription was never necessary to fill the ranks. The vast majority of the officers and men were Maori, only a few Pākehā (New Zealanders who lacked Maori blood) serving as commissioned officers with the unit. Its companies were organised on a tribal basis and carried tribal names as well as the less glamorous official letters. English was the usual language of the battalion, although Maori was used informally and also to confound a listening enemy — Maori was very often used for passwords and countersigns. The Maori battle cry, ‘Ka mate!’ – which begins the most famous haka of the Maori (well known to any rugby fan) – would herald the bayonet charges for which the Maori became rightly feared. 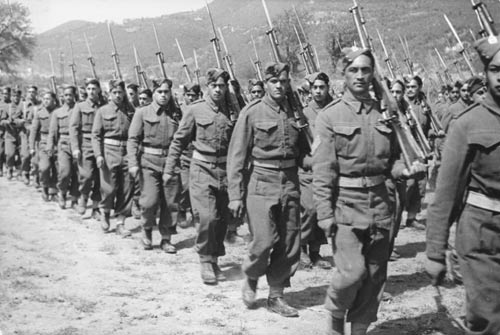 Most Maori had adopted Pākehā names but large numbers of volunteers, especially those under age wishing to confuse officialdom, reverted to ancestral Maori names. The day the Germans attacked Crete, Private Poi had just celebrated his 16th birthday. Recruits turned up in their Sunday best, sometimes barefoot, often bringing musical instruments. They received three months basic training, took a long sea passage via the Cape to Gourock and became part of the newly forming New Zealand Division. They endured further training for six months in Scotland and England before sailing for the Middle-East in January 1941. Four Maori officer cadets attended Sandhurst. One, Rangi Logan, received an ‘A Outstanding’ pass and was offered an immediate commision in the Grenadier Guards, which he declined. More training in Egypt was followed by another sea voyage, this time to Greece.

We have found that the English can’t speak English — in fact everywhere we went we heard comment about the beautiful English the “Moo-ree” boys speak. – Lieutenant Ngata quoted in 28 Maori Battalion 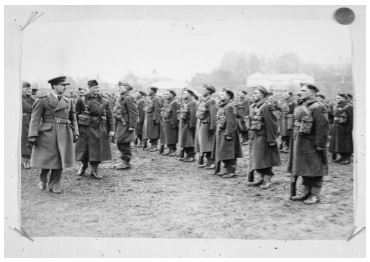 OLYMPUS PASS TO FORTY-SECOND STREET Greece and Crete, April and May 1941 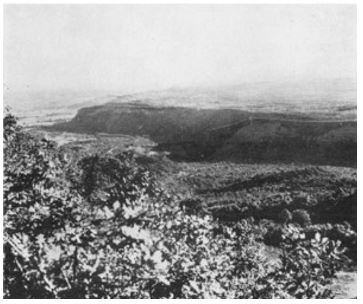 Upon arrival in Greece, the New Zealand Division was sent to hold the Olympus Pass against the invading Germans. The Maori battalion was, as would become usual, in the front line. On the 15th of April, they had dug in to the North of Mount Olympus and sent out scouts into the Mavromneri Gorge. Corporal Tainui of D Company was one of the solitary sentinels:

I heard afterwards that Tainui, as he saw his first German enemies running towards him, jumping from rock to rock, wished himself back in New Zealand, and thought what a fool he had been to enlist. How many soldiers have not felt like that in their first action? . . . but perhaps more so when alone in a wild gorge with the enemy running to you, and you, a young lad and a raw soldier, have no support and no friend at hand but your rifle and your own beating heart. Tainui shot the first man and killed him. He shot the second and saw him go down on his knees and crawl. He said after that he had felt tempted to finish him off, but thought, “You poor devil, I can’t do it.” Then he worked back towards his own platoon on the left, taking shots at what enemy he saw. He said later, “Why didn’t you give me a Bren gun? I could have held that crossing for a long time.” – Ma Te Reinga, Major H. Dyer D

D Company took the brunt of the German assault but held their ground:

Karetu, who killed at close quarters with his Bren gun; Joe Hiroti and Carrol, the tommy gunners who went looking for more; Tom Hawea and Murphy, the mortar men who refused to be afraid; Fowler, the runner boy, who was very frightened, and yet very brave; Tapuke, the battalion clerk, who appeared in our midst, “Just come down to be with the boys, Sir.”
– Ma Te Reinga, Major H. Dyer

But the battalion was ordered to withdraw that night, and after a tortuous night march along steep, stony and narrow tracks in single file, holding the bayonet scabbard of the man in front to maintain contact, they eventually reached safety just minutes before the bridge they had to cross was demolished, shortly after 0330.

The ensuing general retreat by night marches was chaotic and British units became hopelessly intermingled Various elements of the Maori Battalion were evacuated from Piraeus, others from Kalamata (where there was confused street fighting as the Germans reached the docks while the evacuation was underway). Stragglers sometimes made their own way – Privates Epiha and De La Croix had been posted missing in Greece but appeared on a beach in Crete early one morning while the battalion was bathing. They had taken a small boat and rowed nearly two hundred miles across the Mediterranean. They were unique in that they had rowed all the way, but other New Zealanders had set out in the same fashion and gone most of the way before being picked up by Greek fishermen. Two of these, Sergeants Hayward and Rakanui, were Maori. 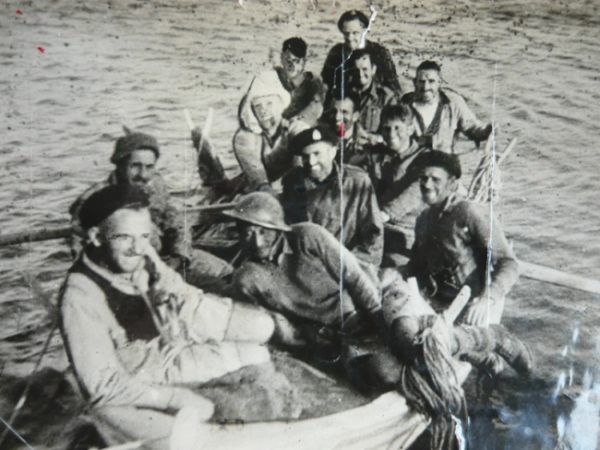 In Part 2 David takes us onto Crete and the german invasion at the vital Maleme Airfield:

Re-fight battles such as Tempe Gorge and Maleme Airfield with the special scenarios included in the Bolt Action campaign book Duel In The Sun: