We’ve all seen the classic war movie ‘Ice Cold in Alex’ (and if not then go watch a classic now!) where one of the stars of the film is an Austin K2 ‘Katie’ ambulance. When we sent our new Katie off to be painted by Bruce Murray it was always going to be painted in desert livery… 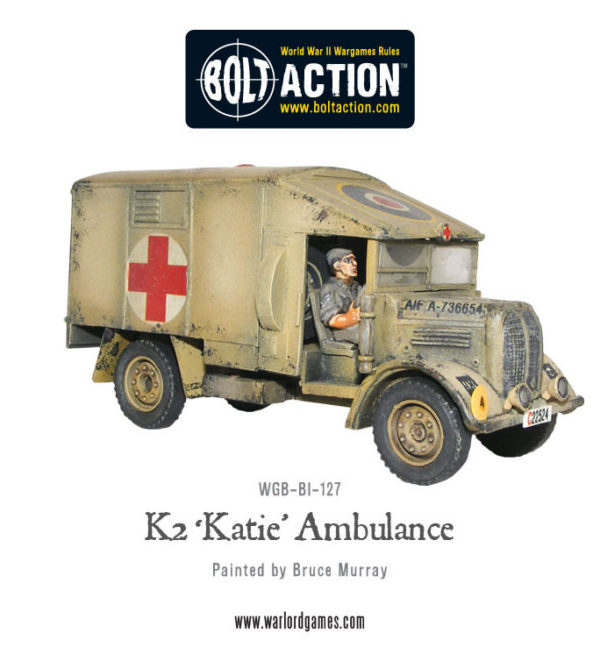 Bruce has added some great touches – such as the addition of the glass in the windscreen. Made from the plastic on blister packs – it’s an easy thing to do and really makes your models look even nicer. 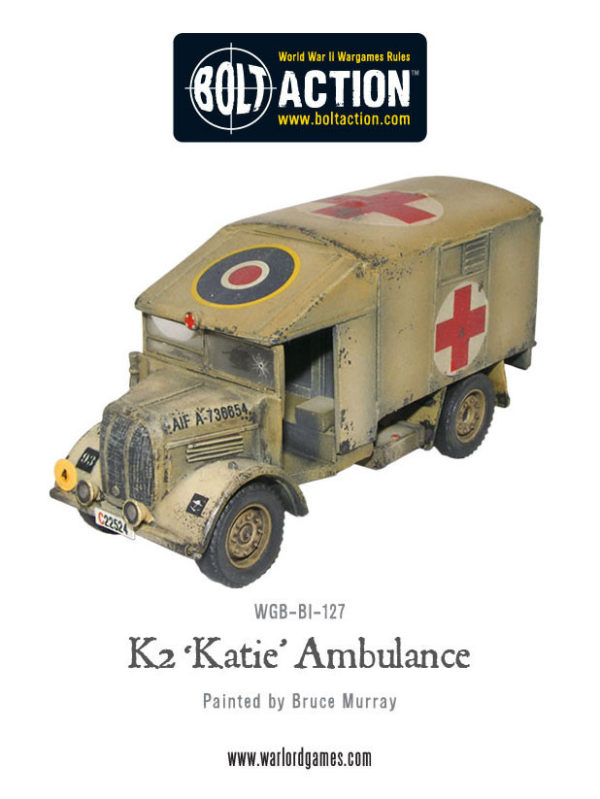 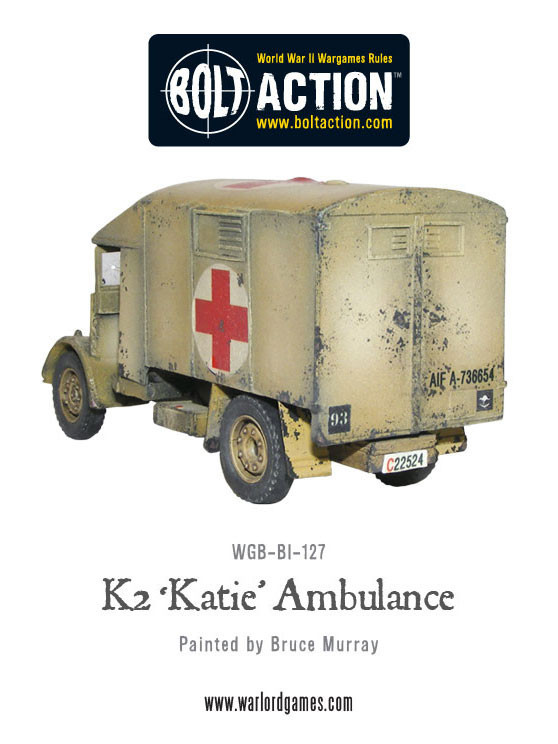 The Austin K2/Y was a British heavy military ambulance built by the Austin Motor Company for use during the Second World War.

The K2 could, officially, take ten casualties sitting or four stretcher cases but they often carried more as casualty levels dictated. One driver stated he carried 27 wounded at one point in the North African Campaign, with seating passengers on the wings, bonnet, the rear steps and even using rifles to suspend extra stretchers across the walkway in the back. He was mentioned in dispatches for this ingenious feat. 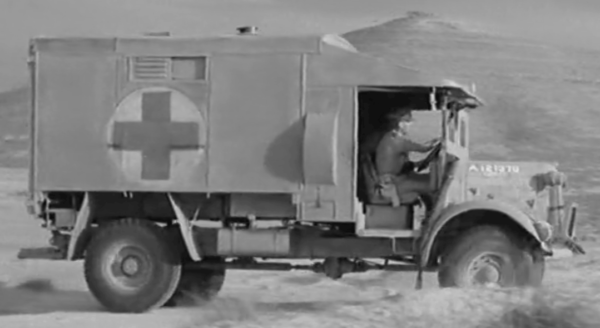 Over 13,000 Austin K2/Y ambulances were built in the UK and around 50 still survive to this day. The Austin chassis was one of three main designs fitted with Mann Egerton bodies, the others being Morris Commercial and Bedford Vehicles. It is estimated there are two remaining Morris Commercials, but no Bedford examples are said to survive.

Complete with driver miniature this ambulance model can be used by British, Commonwealth, US and Soviet forces. The K2, one of the stars of the classic black & white film Ice Cold in Alex, would be a great addition to those of you playing Desert War! We defy anyone brought up on Airfix kits to look at this model without pangs of nostalgia and involuntarily reaching for your M11 enamel paint… 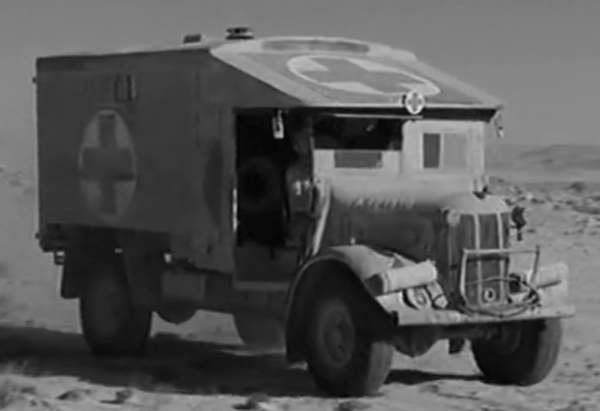 In her younger days as a Princess, Queen Elizabeth II, drove a K2 during the war years. No mean feat as the gearbox was not an easy thing to master! The K2 had a top speed of around 50 mph which was pretty quick for its day. 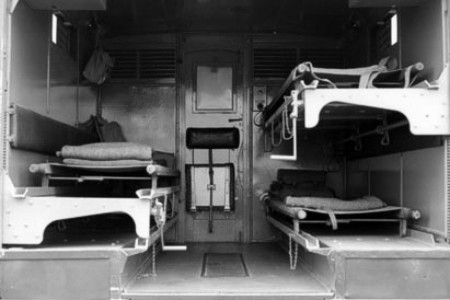 You can pick up one of these lovely ambulance models here: 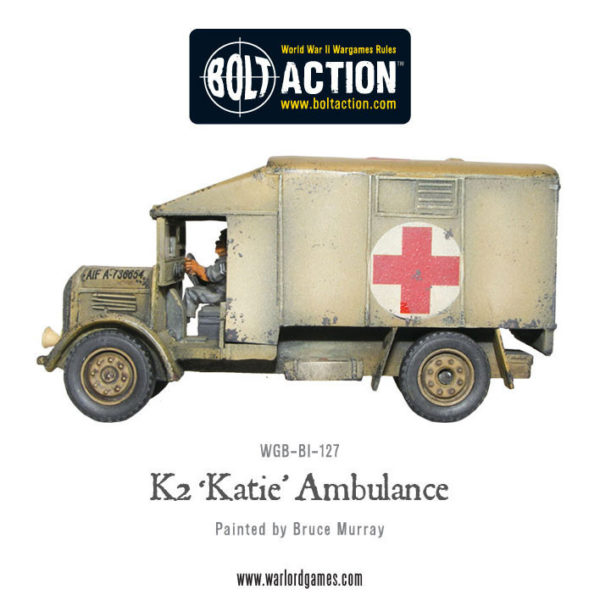