We’re diving into Campaign: D-Day: Overlord this week, with an introduction to what you can find in this fantastic new supplement!

The day and battle that is the focus of this book is one of the most pivotal and celebrated not only in the history of the Second World War but that of world history; D-Day, June 6th, 1944, the opening of the second front in Europe. Not only for its historical and military significance but also because of the iconic and cultural impression it has left.

When people think of bravery or sacrifice, they are imbued with mental imagery of the soldiers storming
the beaches of Normandy made all the more vivid by works of popular culture (film, tv, computer games etc),
education of our youth, scholarly works of history, and days of remembrance for our war veterans.

“The first 24 hours of the invasion will be decisive for the Allies, as well as for Germany, it will be the longest day.” – Field Marshall Erwin Rommel

D-Day or, as D-Day was known by its planners, Operation Neptune (The first phase of the overall plan to
liberate Fortress Europe: Overlord), was a combined operation of truly gargantuan proportions the likes of which we hope never to see again.
Operation Neptune was the fruit of years of planning, training and preparation. A bringing together of the best military, scientific, and engineering minds to overcome what was seen as one of the greatest manmade bulwarks ever created; the Atlantic Wall.

In the two years prior to D-Day, the Allies amassed stockpiles of material in preparation for the invasion. Aircraft, ships, landing craft, artillery, and tanks in the tens of thousands, five million tons of invasion supplies, while a million and a half servicemen were stationed in England ready to take on Hitler’s armies in France. 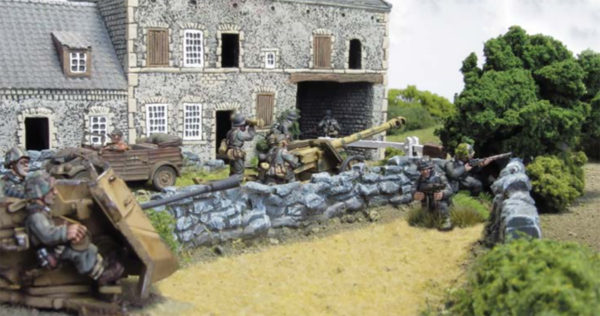 The logistics of the operation were astounding. An invasion fleet numbering over 7,000 craft, tactical and strategic aircraft support of around 8,000 in number. The 150,000 ground troops carried aboard the ships of the invasion fleet as well as a further 20,000 involved in the airborne assault on D-Day, would pry open Hitler’s Atlantic Wall creating a foothold the Allies would endeavour to exploit with their superiority in material and manpower.

This book will look at D-Day through the eyes of wargamers who seek to recreate the heroic deeds of the soldiers involved in the battle to forge a second front and, ultimately, defeat Nazi Germany. 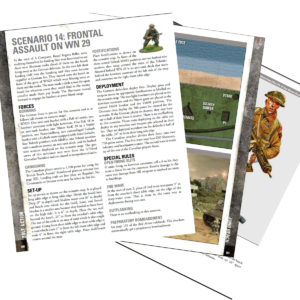 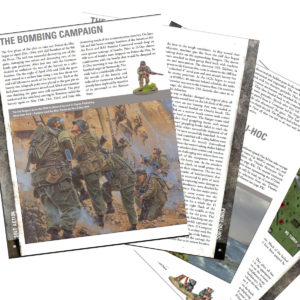 216 pages filled with units, heroes, and scenarios recreating the battles fought by the airborne units that were the first to set foot in occupied France; the soldiers wading ashore on the beaches of Utah, Omaha, Gold, Juno, and Sword, the German and Italian defenders, and the battles fought inland by the Allies to widen the beachhead and achieve their D-Day objectives.

Campaign: D-Day: Overlord is crammed with 19 NEW scenarios, covering everything from the diversionary operations undertaken by the OSS and SOE to the amphibious assaults on the five Normandy beaches!

New Units
One of the new units included is particularly exciting; the Beach Assault Squad!

Costing just 60 points, this 5 man (or larger) team  can be equipped with the famous bunker busting Bangalore Torpedoes: 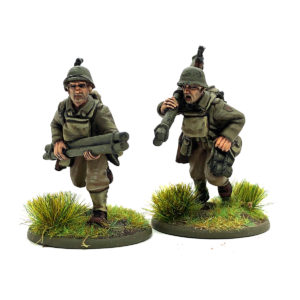 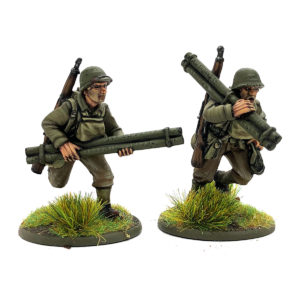 Move up the Beach!

Pre-order Campaign: D-Day: Overlord today and steel yourself for the greatest battle of the second world war! Plus you can get your special model of Capt Colin Maud, RN Beach Master when ordering direct from the Warlord webstore: 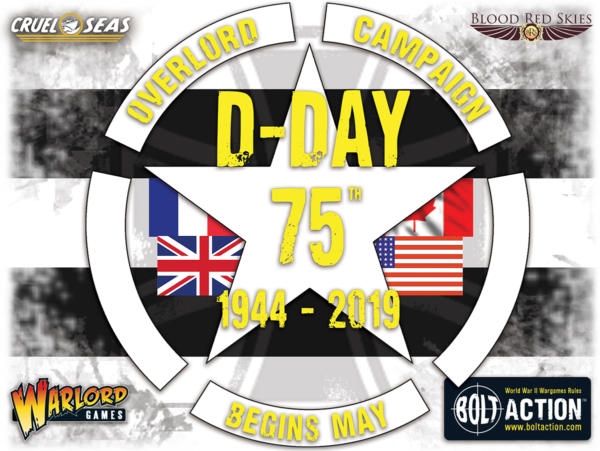 Tom spends most of his time buying books and painting miniatures. He enjoys putting animals on the bases of his miniatures and half-finishing side projects. Some say that he lives in a tower on top of some windswept northern hill with his wife and cow-patterned cat, Spaghetti.
View Profile | View all posts by Tom Mecredy
New: Luftwaffe Field Division 88mm Flak 37
Focus: WWS D-day Terrain