The German paratroopers, the Fallschirmjäger, were well respected even by their foes. Hard fighting but with a chivalric code the aptly nicknamed Green Devils were considered to be amongst the Wehrmacht’s elite. 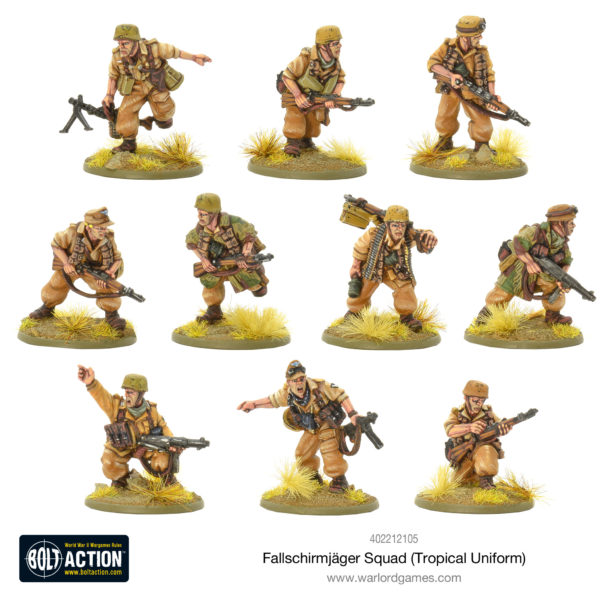 They played a vital part in Greece campaign – most notably during Operation Mercury, the invasion of Crete. This pyrrhic victory would be the last time the Fallschirmjäger dropped from the skies en masse – Hitler forbade such actions after the horrific losses they incurred taking the island.

In North Africa, the Ramcke Parachute Brigade was formed to assist Axis forces in the Western Desert campaign in 1942. Fallschirmjäger units were also redeployed to Tunisia to protect vital locations from the Allies following the Allied landings in French North Africa. As the Allies pushed further into Italy itself the Green Devils were amongst the most stubborn opponents – most notably at the great monastery at Monte Cassino in 1944. 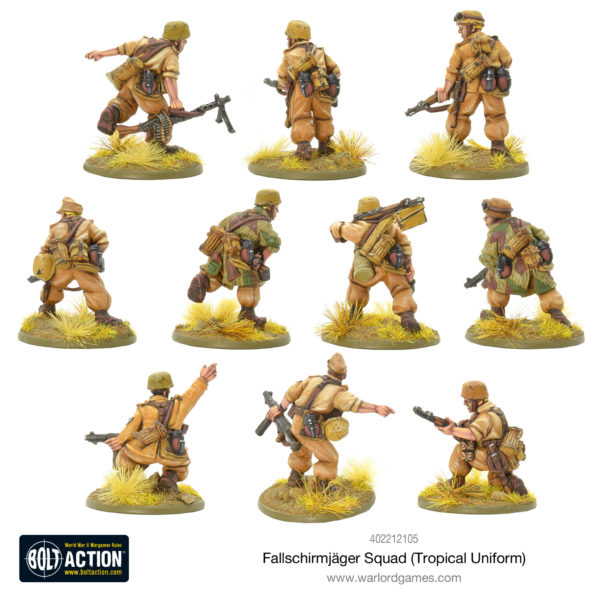 This box contains a squad of Fallschirmjäger in their tropical uniform. Ideal for portraying their actions in Greece, Crete, the Western Desert or in the Italian campaign. They could also be fielded as Luftwaffe or Waffen-SS paratroopers – the latter being part of the audacious rescue of the Italian dictator Mussolini from his mountain top prison… 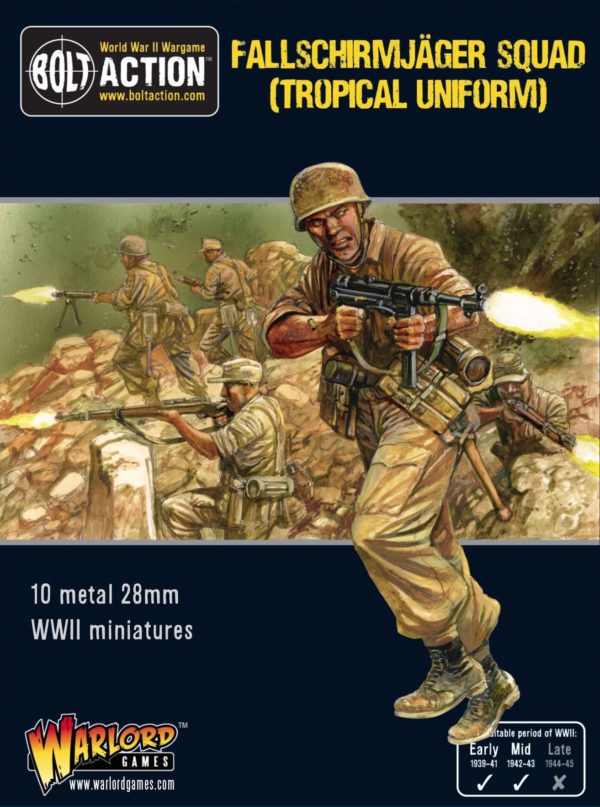