Religious edifices such as this stone church have been found in towns and villages around the world for centuries. Places of worship but also of sanctuary during testing times, the Church was the focal point of the community. 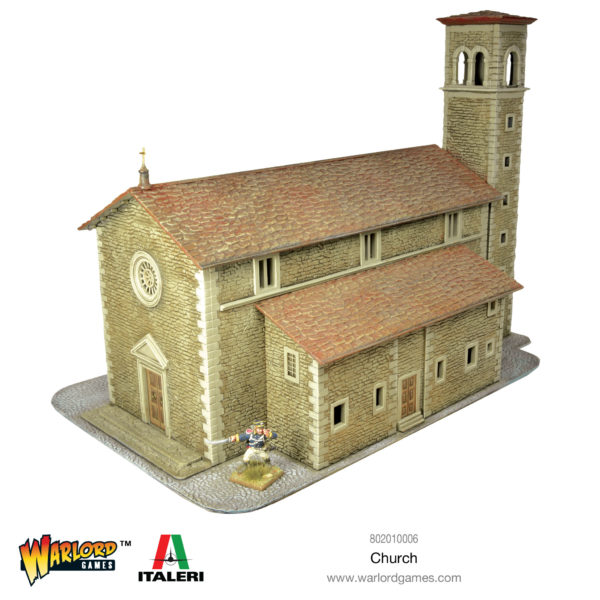 This superbly detailed and easy-to-build plastic church is a fantastic looking centrepiece for your wargames table and ideally suited to games played in Europe or the Mediterranean.

Whether you are setting your games during the 17th Century, the Napoleonic Wars, the two World Wars or even fantasy games, this impressive model will bring your battlefield to life. 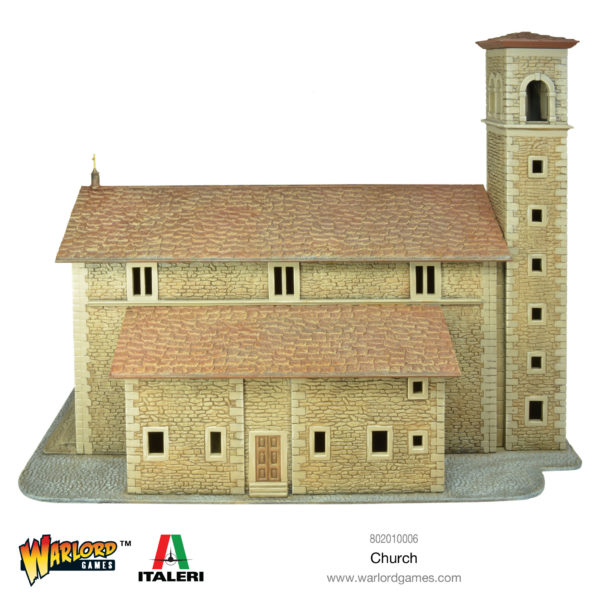 The church is also an inspiration for scenario ideas – can you rescue terrified townfolk residing within its hallowed walls from the dastardly French during the Peninsular campaign? Can you flush out the sniper wreaking havoc from his lofty perch in the belltower? Or, perhaps, this is where the fate of a group of German Paratroopers cut off behind enemy lines in WWII is determined. The possibilities are endless… 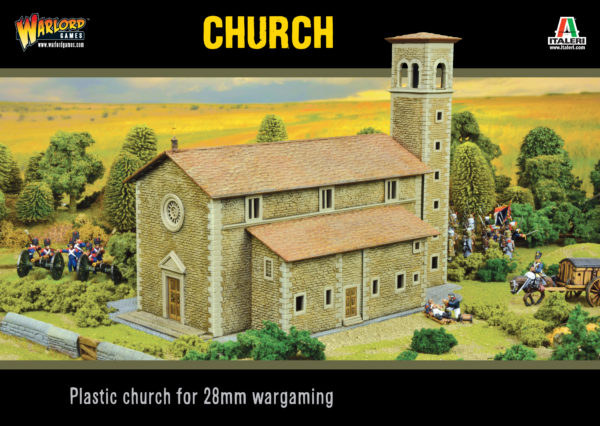