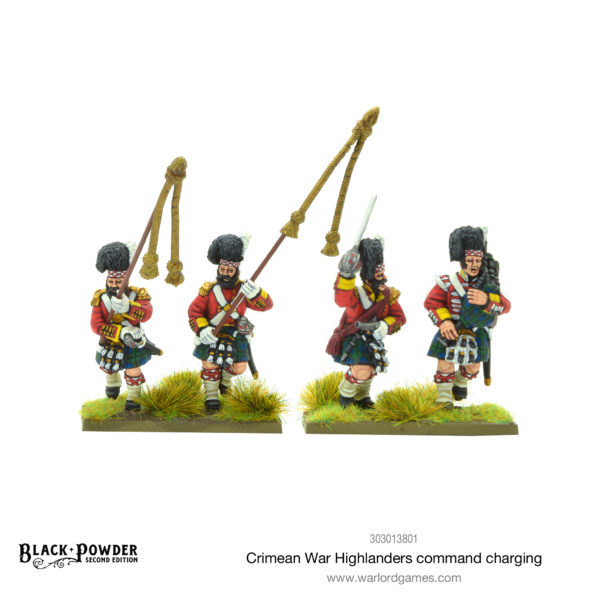 Inspiring the troops with the whimsical sound of bagpipes, lead the rest of the Highlander forces straight into the heart of the enemy. 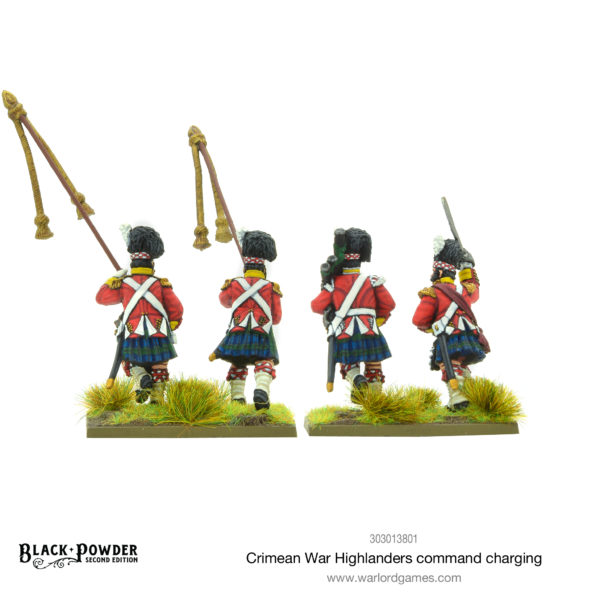 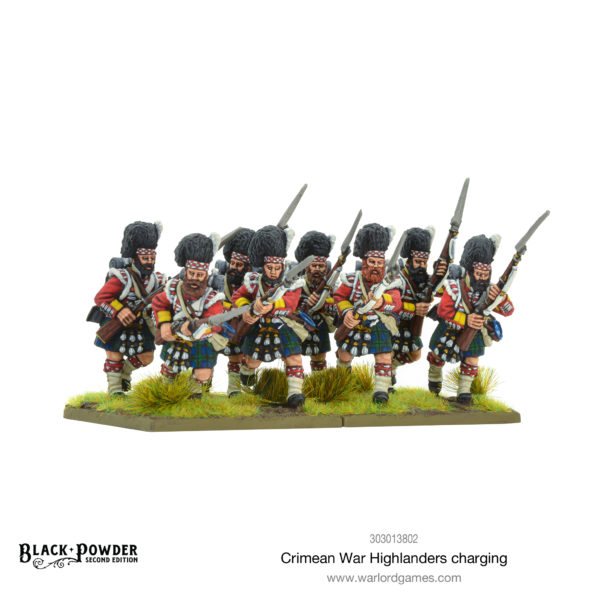 With guns in their hand, comrades by their side and fire in their breasts. These highlanders will jump straight into hell itself if it meant victory.

This blister pack contains 8 metal highlanders in a charging position. 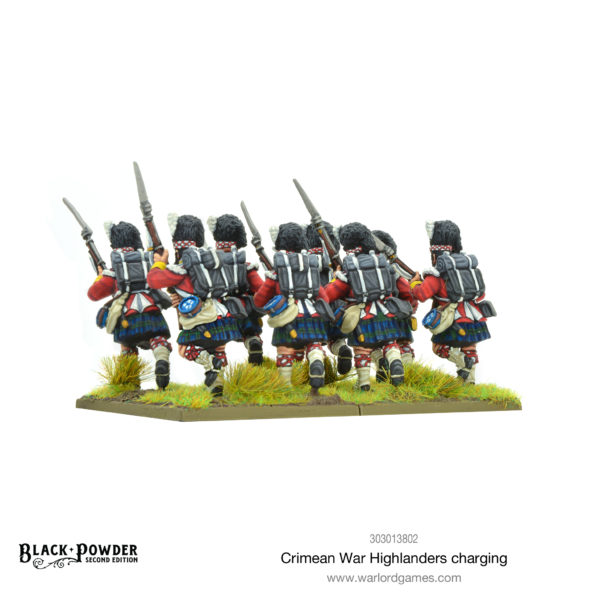 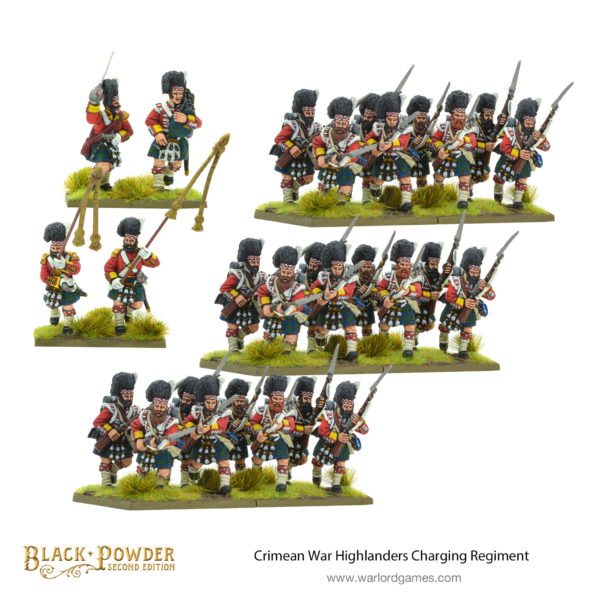 24-man strong (actually 28 but you can switch out the command for 4 regular men), this regiment is full of Highlanders ready to get their hands dirty!