Beyond the Gates of Antares, Bolt Action, Latest News

Just before this weekend’s chaos at Salute 2016, head of the Warlord design studio, Paul Sawyer, posted an update on the latest goings-on behind the scenes at Warlord HQ…. 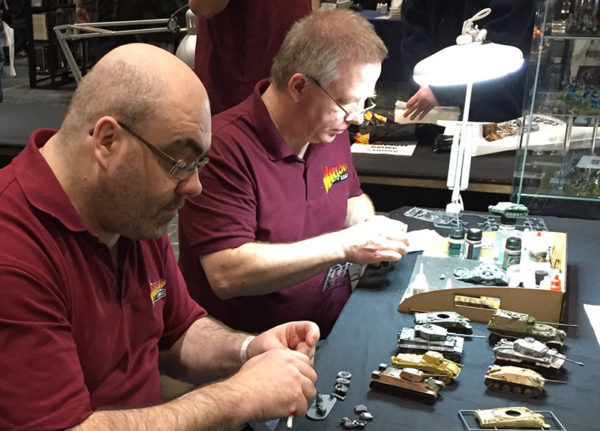 As we prepare for Salute tomorrow and a start at Silly O’clock, here is a studio update on what’s been happening this week…

Steve continues to grapple with the Skarks. The beasties are now pretty much done and he’s turning his focus to the Mhagris riders.

Wojtek is working on Napoleonic Highlanders as well as concept sketches for the Boromite Rock Father.

Russ has been hard at work finishing off the last few sculpts for the new faction being introduced in the supplement. He’s also completed a new figure of Kamrana Josen, who is now a staff officer with his grenade lobbing days something of a memory. Anyone coming to Salute will see some of the fruits of his labour as we’re expecting the first 3D prints to be delivered on the day…

Andres has been taking photos for the new supplement as well as painting Drop Capsules for the Algoryn ably assisted by Darek. He’s taking a well earned break from Antares at Salute where he’ll be painting Achaean spearmen from our Cutting Edge range.

Kirsten has today finished panting Donna Noble for our Doctor Who range. She’s also completed Fartok in his custom battle armour. Now she’s started work on something monstrous and will continue painting it at Salute…

Anna has been finalising the layout of the Antares supplement as well as turning all our historical supplements into PDF versions – they’ll be available to buy soon.

Mark has been beavering away on boxes and construction leaflets for a variety of forthcoming releases. 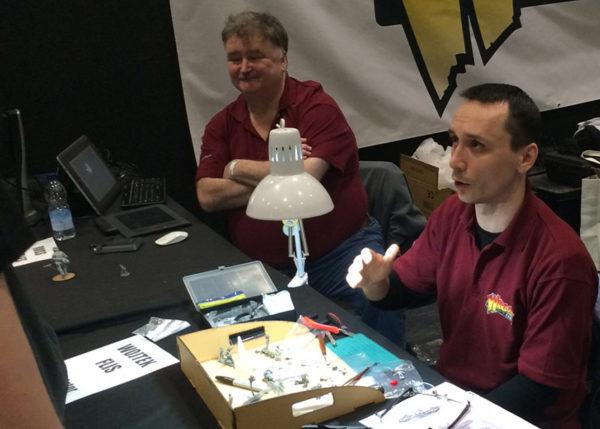 Beyond the Gates of Antares594 Bolt Action3434

View Profile | View all posts by Rich Dando
Deals: April Armoured Patrol
Report: Beyond the Gates of Antares at Salute 2016