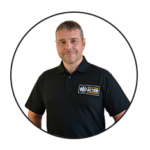 RichC: Hey all, I’ve been building terrain for a ‘few’ years and when Warlorder Conner came up with an idea for a new battlefield I couldn’t resist getting stuck in! 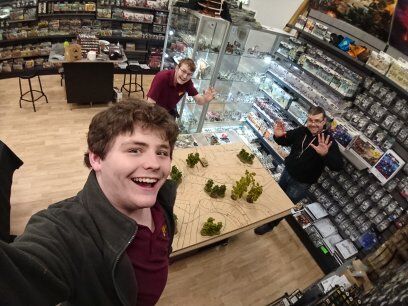 Connor Sam and RichC get started on the build

So – where to start. Quite simply we bounced ideas around and started laying out hills, trees and Bocage resin bits until we started seeing key locations and a well-balanced layout appear. 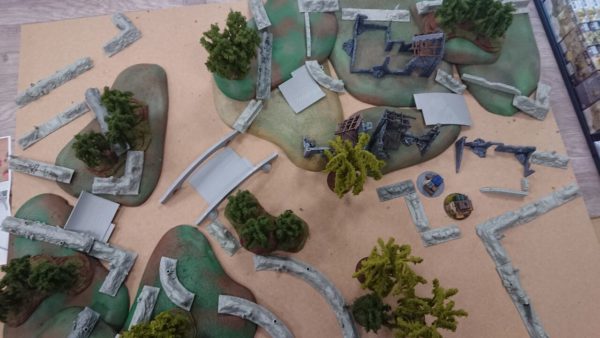 What we wanted for this store battlefield was the ability to have changeable objectives within the central area. We decided on a bridge, various town/farm buildings, plenty of bocage sections and some movable woodland, plus some scattered pieces that could block routes or add to the possible objective choices. 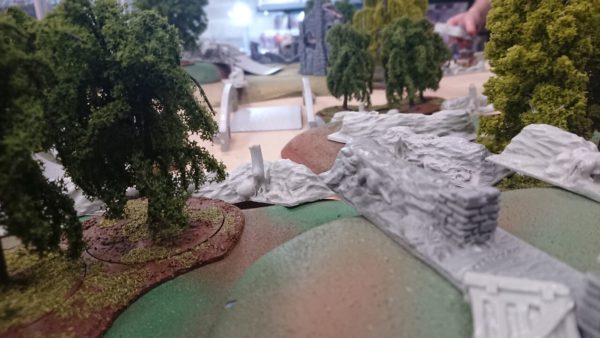 Once we’d decided on the road and river sections positioning we moved onto hills and bocage layout. we kept in mind the average moving distances in Bolt Action whilst doing this, even tho we’ll be able to use this table for other periods. 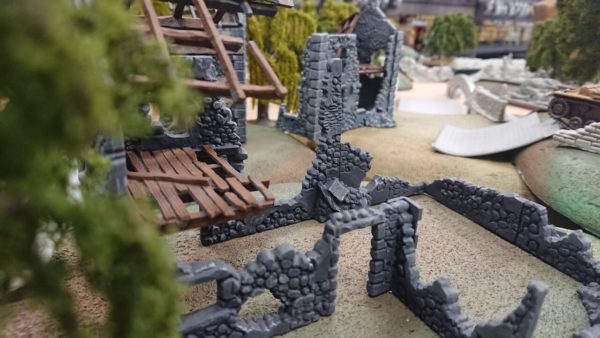 One thing I’ve always found important is the cinematic feel of our tabletop visuals i.e whilst playing a game, can I see the cinematic moments being recreated on the tabletop. The best way to do this is to get down at the miniatures eye level and look along roads, gaps in hedgerows, rivers etc. Keep adjusting the positioning of features until you’re happy that the table provides good defensive positions and possible routes of attack (or ambush) from all sides. (you’ll probably think up a dozen mission briefings whilst you do this, so keep notes ;)) 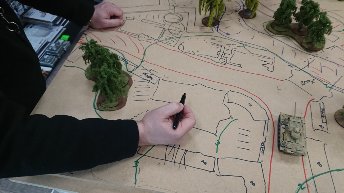 Once you’re relatively happy transpose the terrain into lines and squiggles on to the actual baseboard (we’ve used an 18mm MDF board cut to a 3×4′ or 900x1200mm) to remind you as you progress where things will hopefully end up – Changes will likely happen as the build progresses but at least you now have a plan and that will lead to your own fantastic board later down the line. 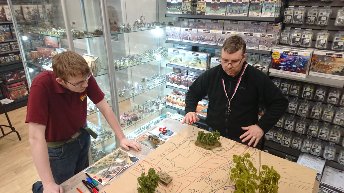 Taking time to review the plan

I use a basic colour code: 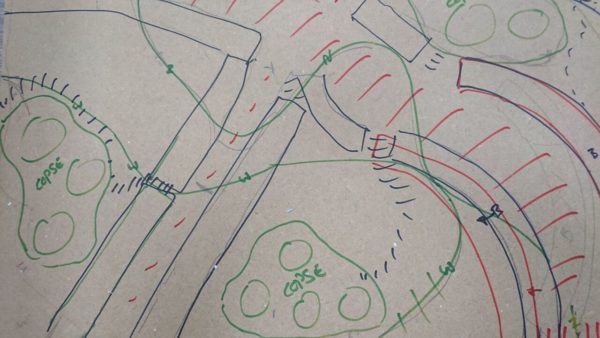 So step 1 is complete, next week we’ll start laying out the foam and pasting it up. Of course, if you can’t wait till then why not organise a trip to the HQ store with your mates and get some action on the completed table – see you then 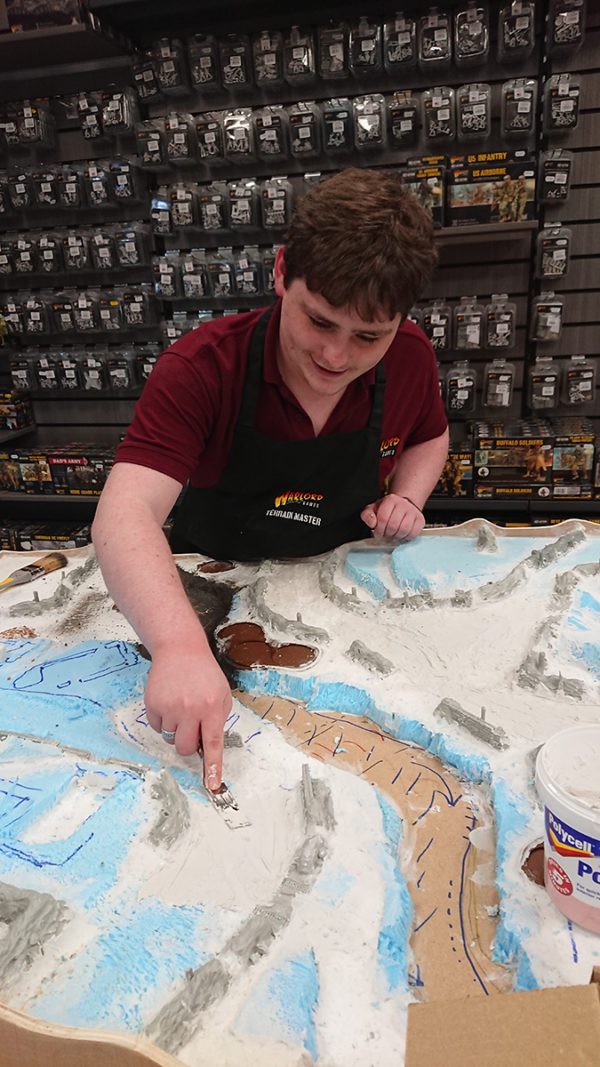 Connor cracks on with step 2 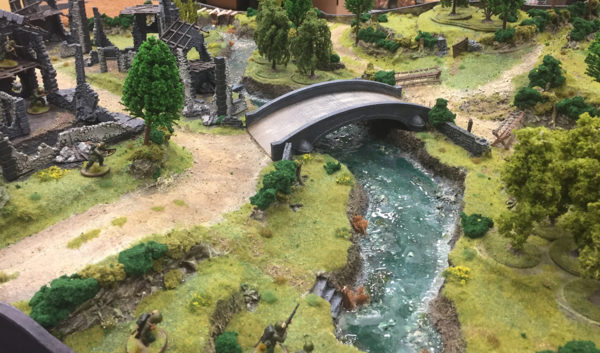 Start preparing your Bocage board!

With 6 Bocage kits to choose from, the fantastic combination of resin and foliage from War World Scenics allows you to build Bocage to your heart’s content – Set #6 provides enough to reasonably complete a 3x4ft section of your battlefield (although you’re bound to want more): 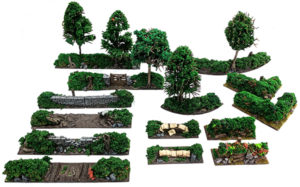 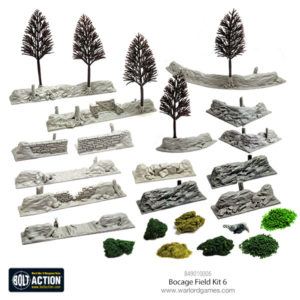 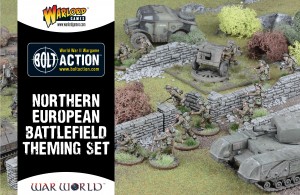 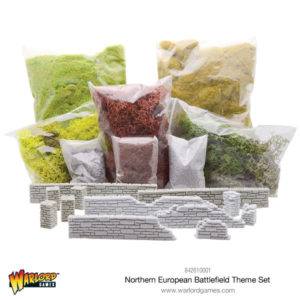