Succasunna, NJ and Nottingham, England, June 17, 2019 – Mythicos Studios, a New Jersey-based hobby, entertainment, and retail company, will work hand in hand with one of the world’s premiere tabletop gaming companies; Warlord Games, based in Nottingham, England. The new partnership will be a long-term relationship, which will see both companies launching co-branded retail locations. The new venues will be built around the highly successful Mythicos Studios membership business model and will be dedicated to providing the wider gaming community with studios around the US and Europe with venues designed specifically to support the full array of games in the gaming category. This includes board games, collectible card games, role playing, and table top, to name but a few.

The companies’ plan is to launch a second studio in October of 2019 in the New York metropolitan area, while also rebranding to the new name, the current Mythicos Studios in Succasunna NJ, followed by further studios up and down the east coast of the US. The new and current studios will be known as Warlord Mythicos Studios. Further aspects of the partnership include co-development and manufacturing of a series of new Mythicos Studios developed games, as well expansions built on current Warlord Games’ existing gaming systems.

John Stallard, CEO and founder of Warlord Games, believes this new partnership will change the face of the hobby industry. He states, “Everyone at Warlord Games is thrilled to partner with Mythicos Studios. Our companies share a dedication to our gaming communities. We seek to provide gamers of all types with the very best venues in which to enjoy their favorite aspects of the games they love.”

This feeling is shared by Nelson Martinez, chairman and founder of Mythicos Studios, who also believes that the new partnership will further drive his vision, which as he describes, “will help Mythicos Studios expand our model of focusing on the gamers and the games they are so passionate about. Our studios are not just places to shop, these are places where gamers will find the very best gaming conditions possible and all of the products and services any gamer (newbie or expert) will ever need to ensure he or she gets as much out of their hobby as possible.”

Both founders agree that “this type of consolidation and partnership by companies which share common goals will ultimately benefit the hobbyists and gamers, but also  open up new ways for the hobby industry to expand and adapt to an ever-changing gaming environment.” The long-term goal of both companies is to establish Warlord Mythicos Studios in every major US metropolitan area, as well as a global presence for the brand, its entertainment and gaming products, and venues.

For more about Warlord Games:

For more about Mythicos Studios: 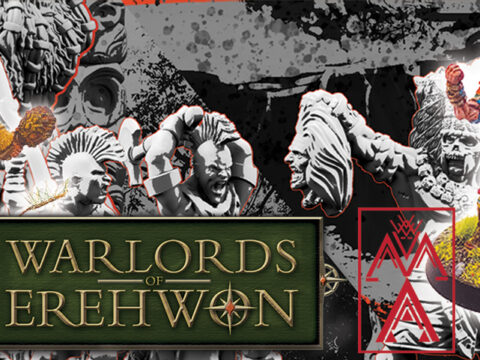