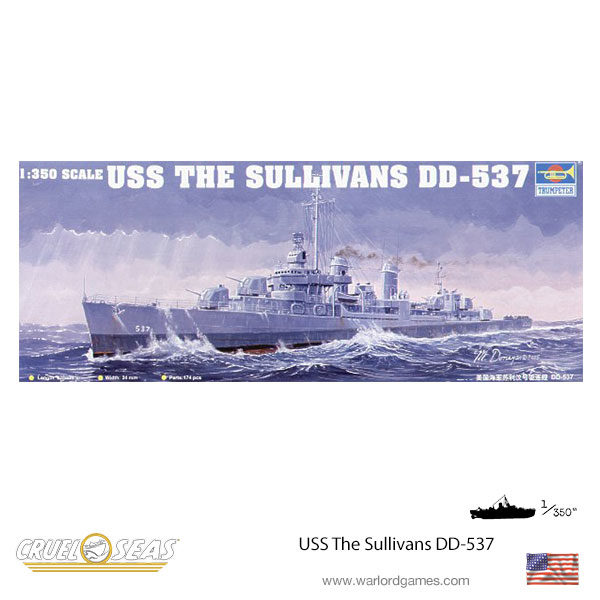 The DD-537 was originally named Putnam, on 6 February 1943 she was renamed the Sullivans to honour the memory of the five Sullivan brothers who were lost when the light cruiser Juneau (CL-52) succumbed to Japanese torpedoes. Launched on 4 April 1943, sponsored by Mrs Thomas F. Sullivan, the mother of the five Sullivan brothers, and commissioned on 30 September 1943. The Sullivans deployed to the Pacific, arriving at Pearl Harbor on 28 December 1943. For the next eighteen month, the Sullivans was actively engaged in operations ranging from plane guard for the fast carriers to shore bombardment to anti-kamikaze picket duty off Okinawa. On 10 January 1946 she was decommissioned at San Diego, and recommissioned on 6 July 1951 for the Korea War. The Sullivans was decommissioned at Philadelphia on 7 January 1965. The Sullivans received nine battle stars for World War II service and two for Korean service.

The USS Sullivans DD-537 is a Fletcher-class Destroyer! Which means it has the following profile: