Best known for their parachute drops into Normandy on D-Day, Holland during Operation Market Garden and during the Rhine crossing of Operation Varsity this US Airborne Squad (Winter) is an ideal addition to any Battle Of The Bulge themed force… 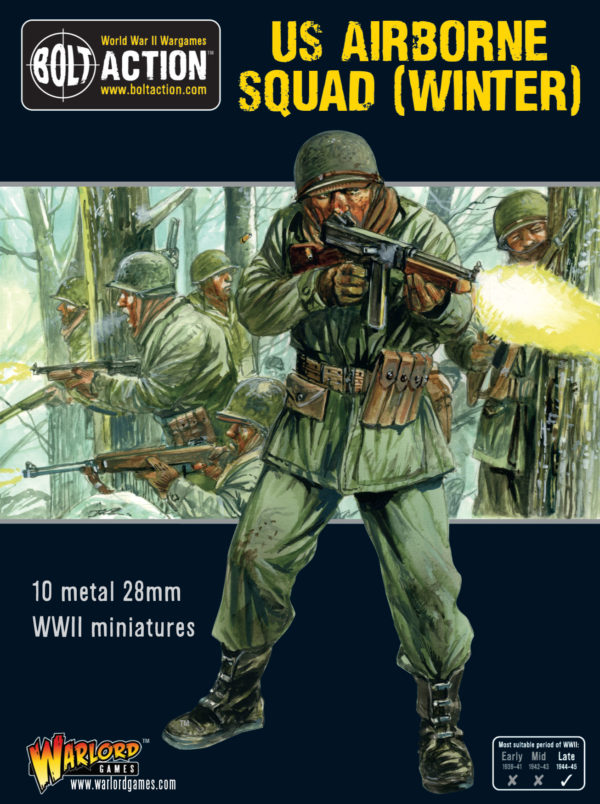 Forever immortalised in the epic TV Series, Band of Brothers, the paratroopers of Easy Company, 506th Parachute Infantry Regiment, 101st Airborne Division were desperately pressed directly into the front lines during the surprise German offensive in the Ardennes in December 1944. Unprepared for action in the bitterly cold environment, they would brave the extreme temperatures and enemy fire with little more than extra gloves and scarves to stave off the bitter cold. 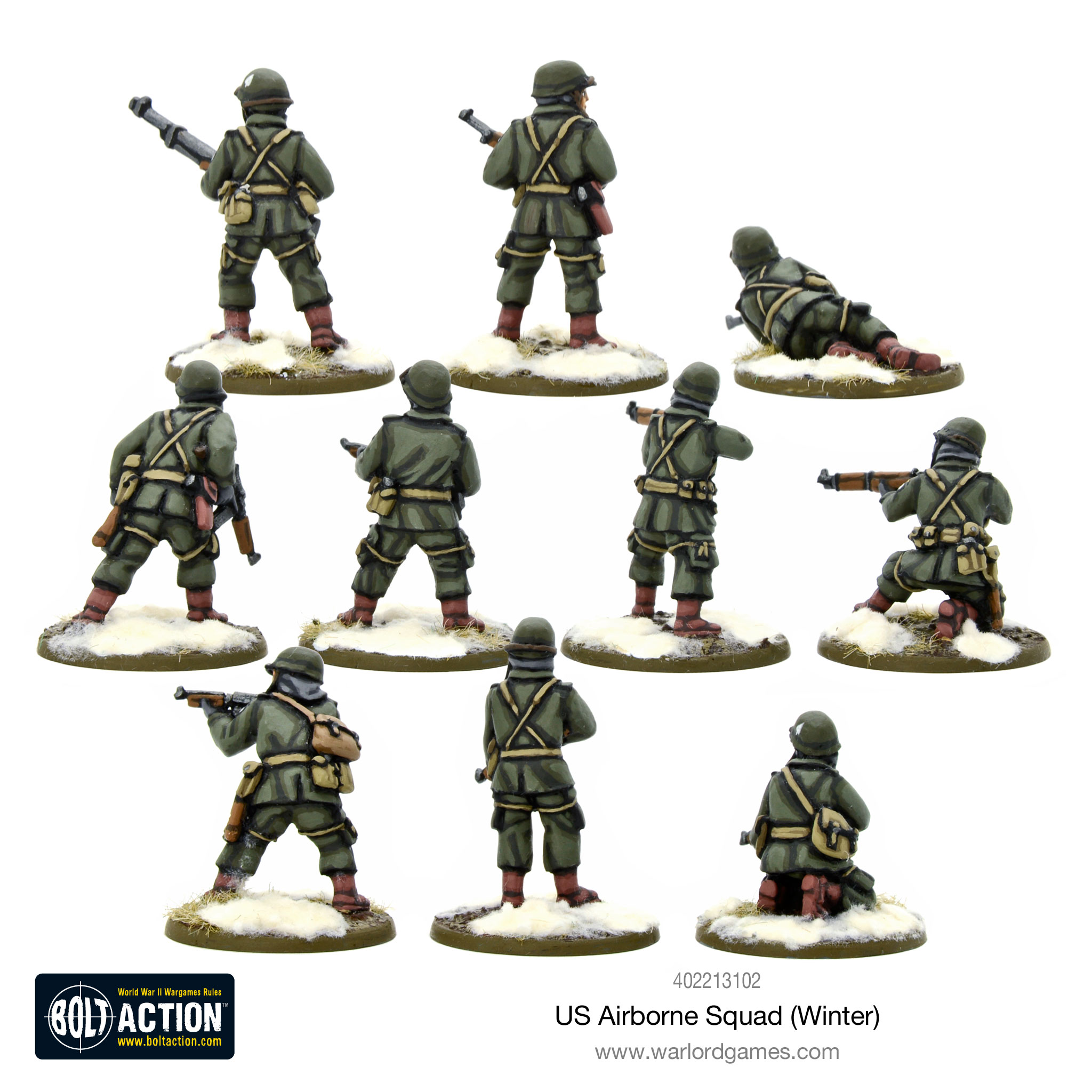 This boxed set contains a squad of metal battle-hardened paratroopers equipped in their 1943 pattern jump fatigues supplemented with little more than woollen gloves, scarves and a steely determination to take the fight to the enemy! 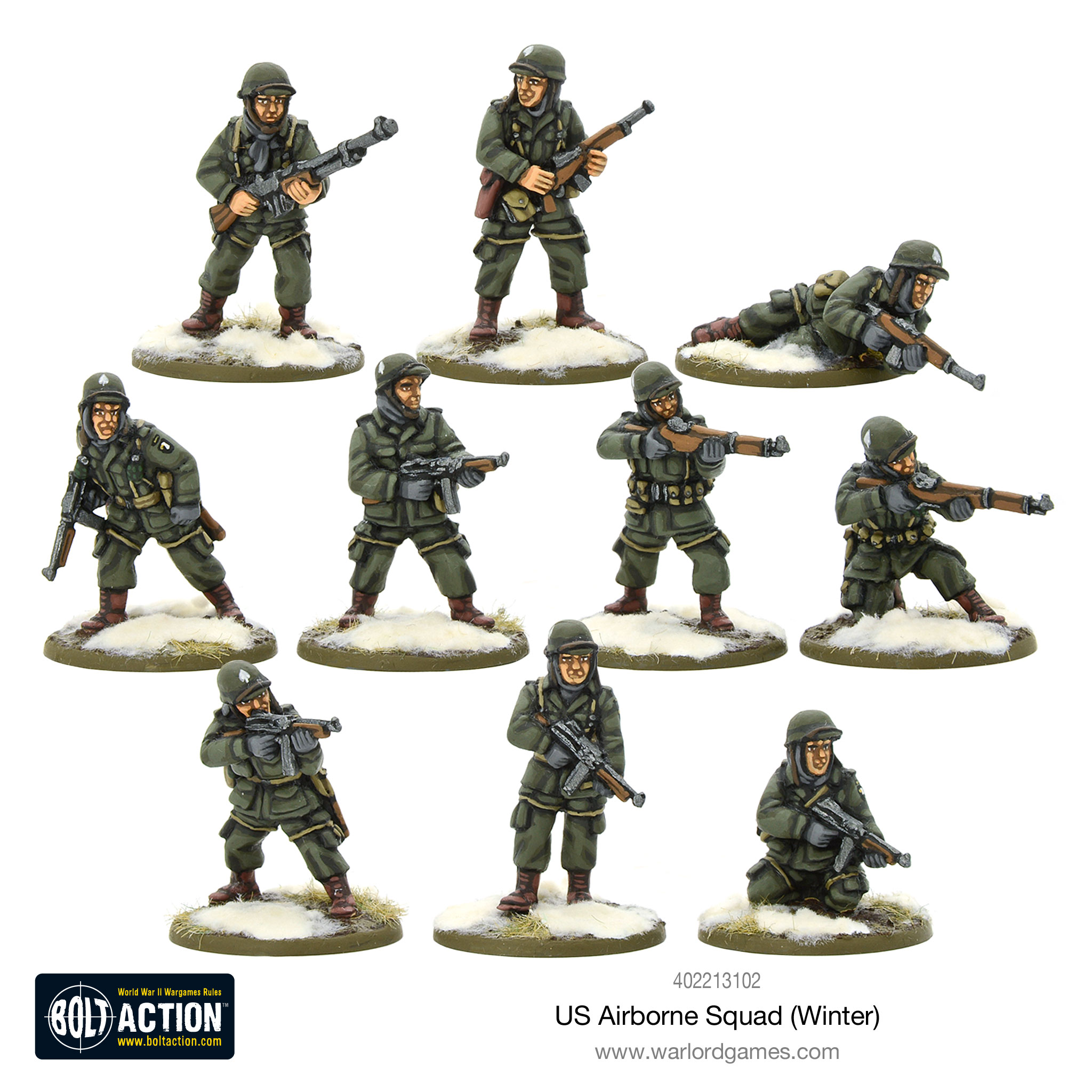 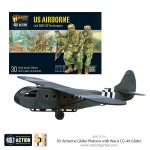 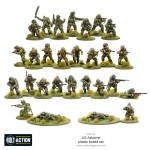 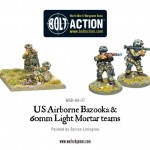